Gymnastics requires insane strength, flexibility, coordination, and so much more. Not only has UCLA gymnast Katelyn Ohashi mastered all these skills, but she makes the notoriously difficult sport look fun and easy.

If you’ve watched the sensational athlete compete before, you probably remember your jaw dropping at her viral Michael Jackson floor routines, which earned her perfect 10 scores in 2018 and 2019. Well, folks, the former Olympic hopeful had done it yet again. 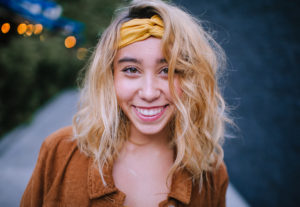 The 21-year-old senior is graduating this year. As such, she’s shutting the door on her Pac-12 career, during which she’s accumulated 11 perfect 10s.  Never one to disappoint, Katelyn went out with a bang, scoring another perfect 10 during the 2019 Pac-12 Women’s Gymnastics Championships. 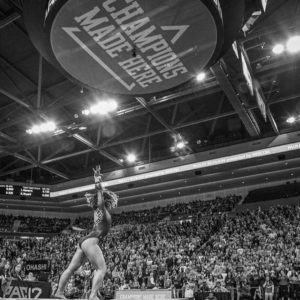 Katelyn showcased much of the same choreography she did in the season opener, but went with different music this time around, choosing all-female artists. She captivated fans and judges again with a killer routine set to Tina Turner’s “Proud Mary” while her coach, Valorie Kondos, watched proudly. 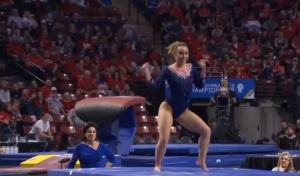 Katelyn’s sassy confidence was on full display as she nailed gravity-defying flip after flip and spun through the air in dizzying contortions, all the while grinning. 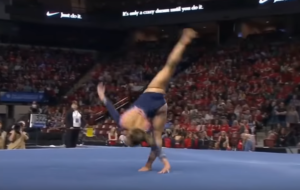 The commentators pointed out that watching Katelyn elicits pure joy. That’s exactly what could be seen on her teammate’s faces as well as everyone in the crowd. As we all know, Katelyn’s moves aren’t just awe-inspiring. They’re packed with her bright, happy personality which tends to rub off on others in the best way. 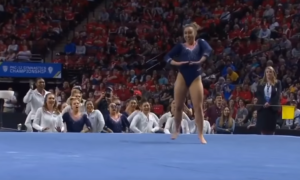 It also seems impossible that a human being could have this much energy and flexibility, but then again, it’s Katelyn we’re talking about. If anyone else attempted the split she started in the air and landed on, they’d probably end up in the hospital. 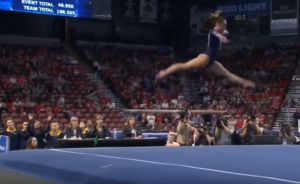 As always, Katelyn put everything into her performance and it really showed. Her Pac-12 career may be ending, but her future as an gymnast is only just beginning. We see incredible things happening for this gifted young woman and wish her the best. Whatever she chooses to do after college, one things for sure: she’ll have fun doing it!

Check out her amazing finale in the video below, and share her talent with the world.