The exchanging of wedding vows is normally a serious affair, but every so often, things get a little goofy at the altar.

During Melissa and Andrew Engstrom’s wedding in 2009, the groom made a teeny-tiny mistake that instantly changed the atmosphere from solemn to silly. “I’ve been scared of this all my life,” Andrew said. 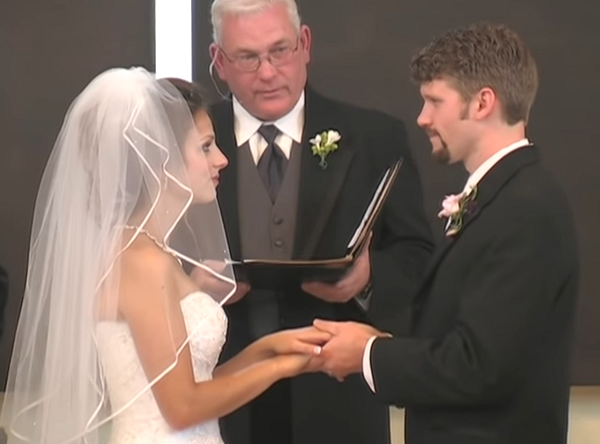 Everyone worries that they’ll slip up in front of a crowd, but when it actually happens, it can be a blessing in disguise (as long as you maintain your sense of humor). Thankfully, Melissa and Andrew seem well-equipped in the humor department.

The mistake occurred as Andrew was repeating his vows, and we’re happy to say someone caught it on video. “I take Melissa to be my waffley, lawfully wedded wife,” he tells the congregation. Of course, everyone bursts into laughter, but no one is quite as tickled as Andrew’s beautiful bride. 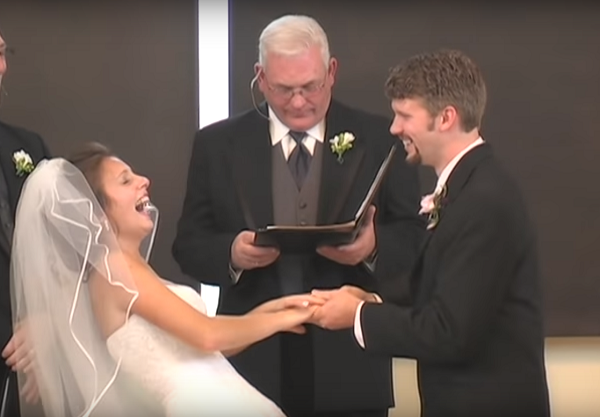 What starts as a little giggle quickly turns into an outright belly laugh, which soon spreads to the entire room. So Andrew throws in a clever, “And pancakey!” as Melissa’s laughter grows stronger.

Perhaps the stress of carrying out a flawless wedding was what made the sudden break in gravity so funny. Or maybe Melissa was ready to show her enthusiasm. “Just give her a minute,” Andrew says as she lets out another whoop of laughter. 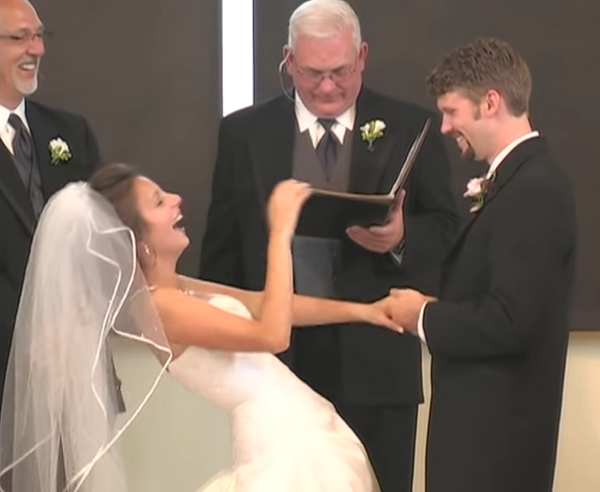 “Say ‘man and wife,'” Andrew adds, seemingly referencing the hilarious wedding scene from “The Princess Bride.” And while the minister doesn’t say “mawwiage” like the priest in the movie, the connection makes everything that much funnier!

Honestly, we haven’t enjoyed a wedding vow exchange since… maybe ever? This just goes to show that when you find someone who makes you laugh so hard your sides hurt, they could be the one! Way to put a ring on it, Melissa!

The awesome couple has been happily married for a decade now, and they’re still going strong! 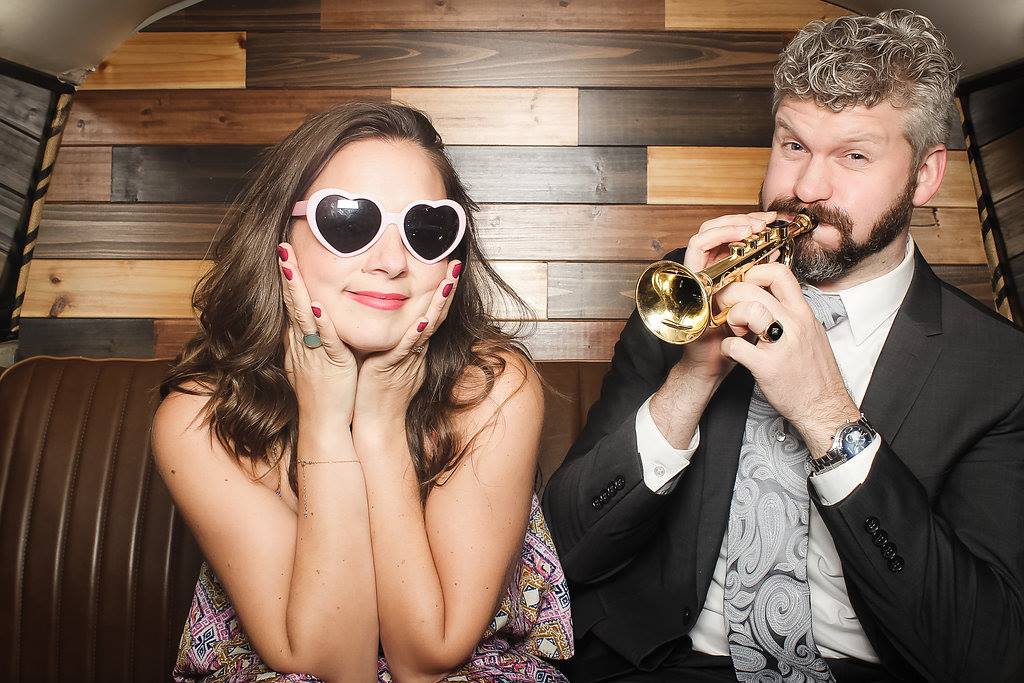 We’re pretty convinced that couples who laugh together stay together. We hope these two continue to enjoy every good thing life has to offer (along with plenty of waffles) in the years to come!

Watch Andrew’s hilarious mistake in the video below, and don’t forget to make someone smile by sharing.