Italian classical tenor Andrea Bocelli is an inspiration in and of himself.

At age 12, Bocelli was playing goalkeeper during a football game when he was hit in the eye. He suffered a brain hemorrhage and was left blind. Music became young Bocelli’s escape, and just 2 years later he won his first singing competition.

Bocelli went on to complete law school and become a court-appointed lawyer—an incredible accomplishment for a man who grew up on a farm in a small Italian village– but he never forgot his first love: music. 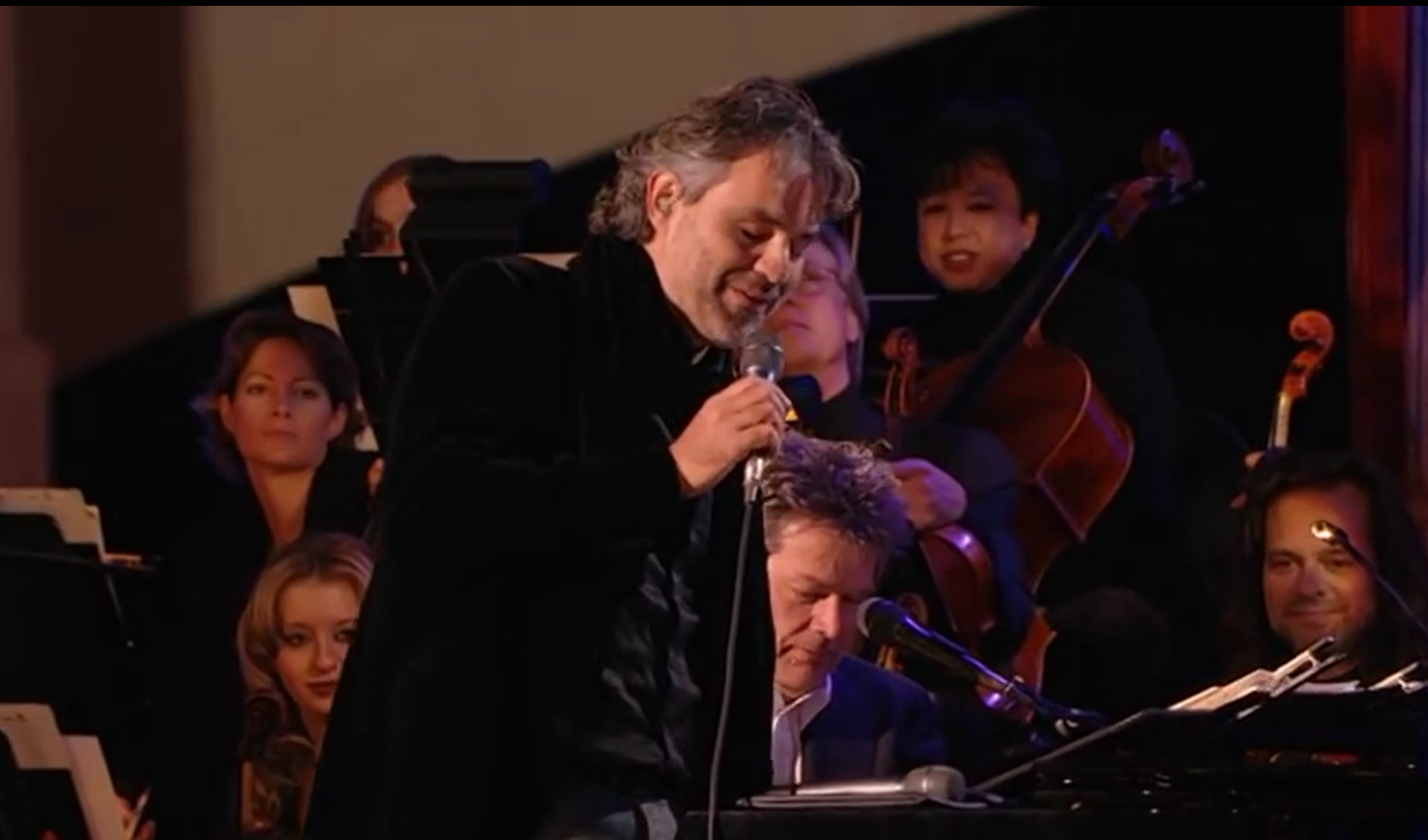 In 1992, Italian record producer discovered Bocelli, and his life has never been the same since. Bocelli is now one of the most internationally recognizable classical singers of our time. He is celebrated by fans literally around the world and has has successfully crossed over in to a variety of genres including pop, opera, and more. In the video below, he even tries his hand at a song made famous by “The King Of Rock and Roll,” Elvis Presley.

The song is “Can’t Help Falling In Love,” and Bocelli’s emotional performance at Lake Las Vegas Resort is truly breathtaking.

Hear Bocelli sing Elvis’s classic ballad in the video below.