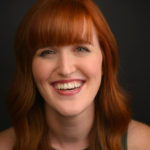 ‘Sometimes, I hear dads say, ‘I gotta babysit the kids tonight.’: Dad urges ‘kids are a blessing, not a burden’

Get more stories like this in your inbox! Sign up for Smile, our free daily good news email read by over 825K people! “Sometimes, I hear dads say, ‘I gotta...