For the past few years, Joe Squarini of Toronto, Ontario, Canada has been going to professional baseball games in hopes of catching the attention of one very special player.

Albert Pujols is the designated hitter for the Los Angeles Angels, and Joe thinks he’s “one of the greatest players in baseball history and an easy first ballot Hall of Fame candidate.” Albert is also important to Joe for one very special reason. 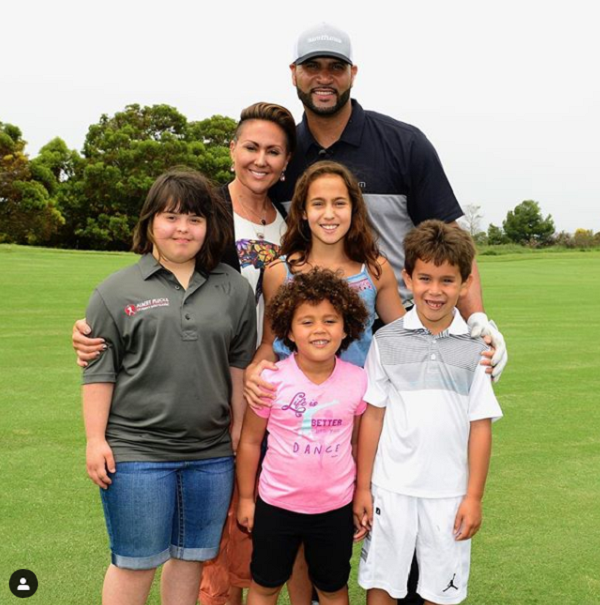 Nineteen years ago, Albert adopted Isabelle, his wife Deidre’s daughter from a previous marriage. Isabelle just happens to have Down syndrome, so Albert quickly became an advocate for people with this condition. The Dominican American and his wife even started a charity called the Pujols Family Foundation, a non profit that aims “help those living with Down syndrome here at home and to improve the lives of the impoverished in the Dominican Republic.” 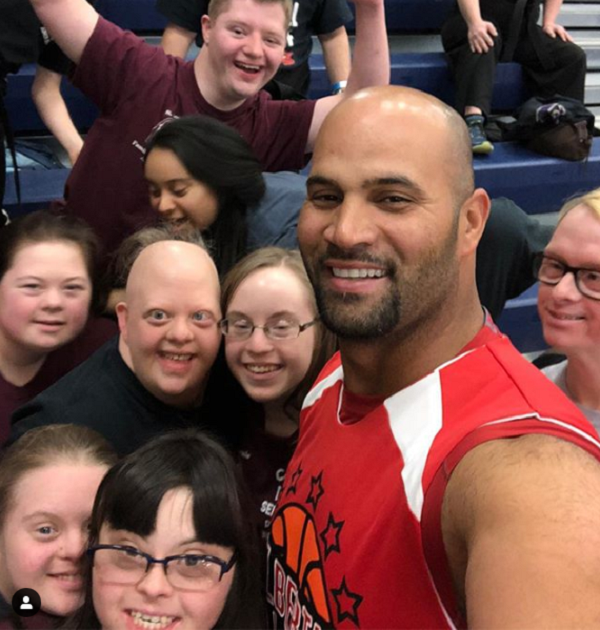 Joe is also the father to a child with Down syndrome. His son Nico has been a baseball fan since he was in diapers, and for the past few years the family has attended every game they can in hopes that Albert might notice Nico in the stands.

On one hot June night, he did just that. 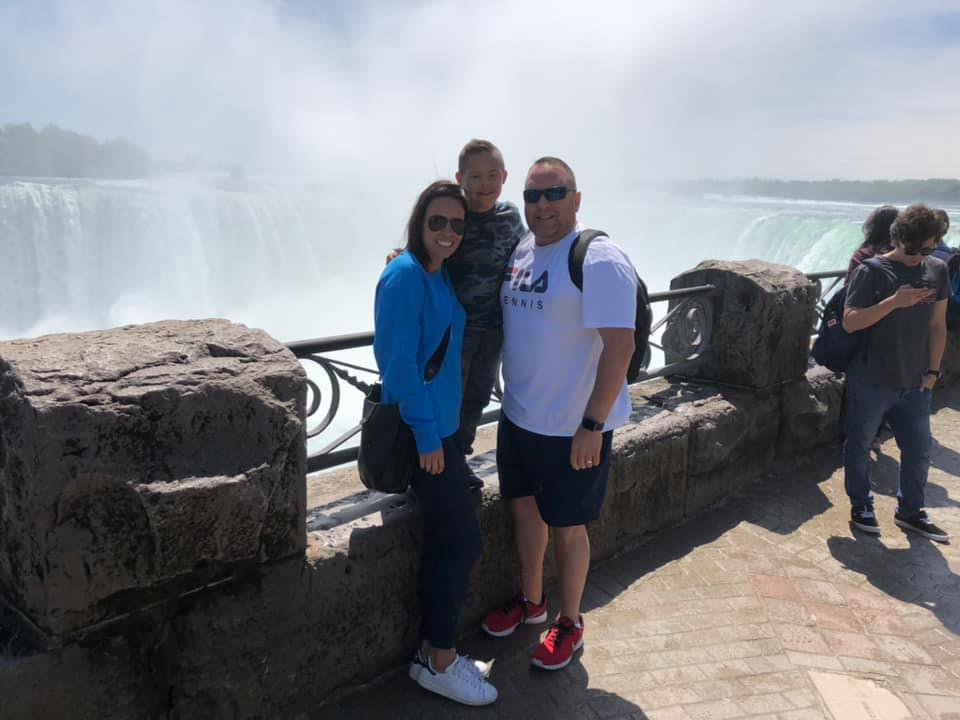 “We have been trying to get Albert to notice Nico since Nico was old enough to attend games,” Joe wrote on Facebook. “Tonight, he more than noticed him.” 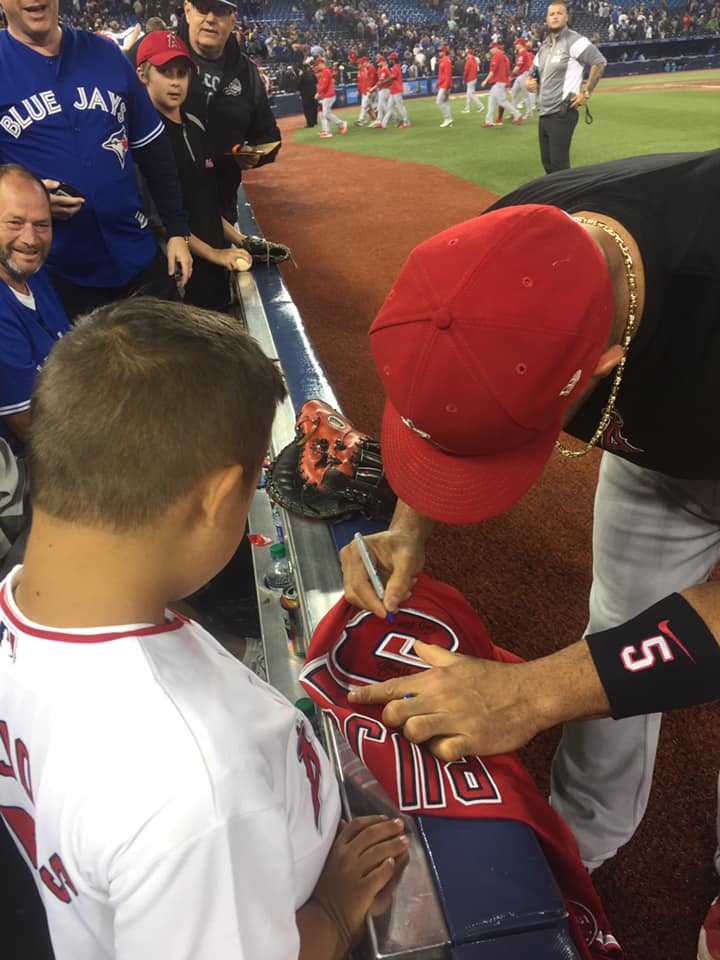 At the end of the game Albert spotted Nico and made a beeline straight towards him, already whipping off his jersey. An excited Nico holds out a Sharpie for the player, and as Albert grins down at him he pulls the shirt off his back and signs it for the little guy. He then flips Nico around and signs the jersey he’s wearing, too. 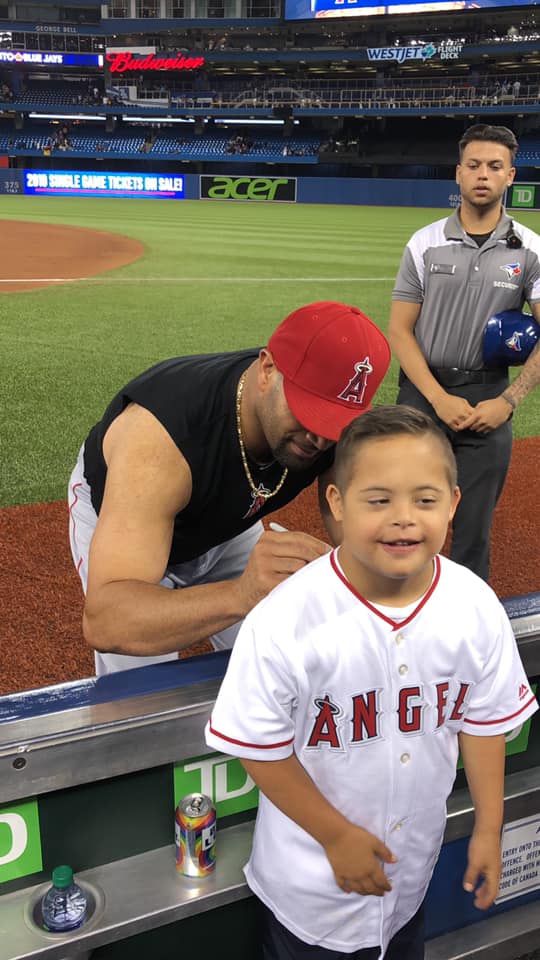 Hefting the child up onto the railing, Albert posed for several pictures with Nico that the family will definitely cherish forever. Joe recalled that Albert’s face when he saw Nico meant everything to he and his wife. “He lit up as soon as he saw him and gave Nico his jersey. Mayra and I were in tears.”

“This is why we will ALWAYS be a baseball family,” Joe concluded. 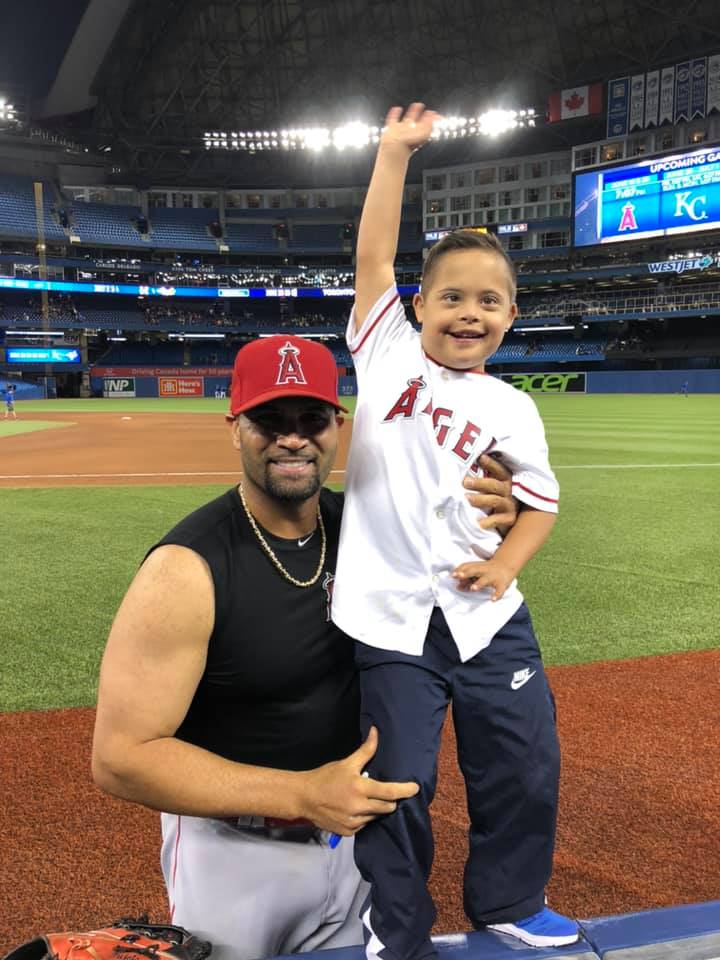 In a world where people with Downs can feel invisible, it’s incredible to be seen in such a big way! Thank you, Albert, for taking a moment to make this family’s year.

Watch Albert rushing to greet Nico in the video below, and don’t forget to share.