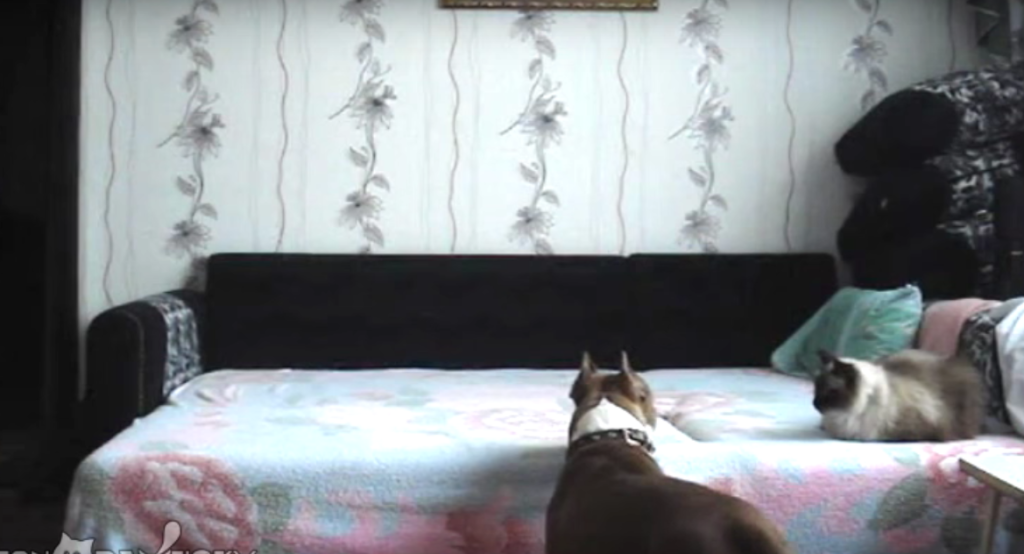 Dog Told Not To Get On Furniture, Hidden Camera Captures His...

You’ve got to love dogs!  Even though they are the most loyal creatures out there, they still have some mischief in them. This cute Pit Bull, for example, is completely lovable while also terribly disobedient! And his owner caught his naughtiness on camera…

As the beginning of this video explains, the adorable Pit was strictly told to stay off of his Daddy’s bed.  But his owner suspected that the rambunctious pooch was not obeying, so he set up a hidden camera to confirm his suspicions.

The video starts with the owner leaving the house and the cat (who apparently is allowed on the bed) keeping an eye on the dog from her coveted place on the bed. Moments after the owner is out the door, the Pit approaches. He doesn’t leap up right away, he takes a second to contemplate, and then joins his kitty friend, regardless of the rules!

At first, he’s calm. His ears are down and he peers around as if to make sure no one is coming… But his calm only lasts a moment. Next thing, he’s dancing around the bed with glee! Rolling around and wagging his tail, he clearly is having a great time! Watch his victory dance below.