If you’re a new parent, you probably keep a camera handy to capture every precious moment as your little one grows up.

But one New Jersey dad takes baby videos to another level entirely. Matt MacMillan is the proud father of 2-year-old Ella and 1-year-old Ryan. He’s spent the majority of his son’s life carefully recording clip after clip of the little boy, all leading up to one epic video that’s stunned and delighted millions. You could even say they’re thunderstruck. 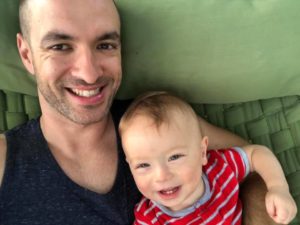 When Ella was a baby, Matt got a kick out of recording her coos and babbling and turning the sounds into Christmas songs like “Carol of the Bells.” So when Ryan was born, he decided to do the same — on a much bigger scale. After amassing a year’s worth of videos, he spent months arranging them into AC/DC’s classic, “Thunderstruck.” 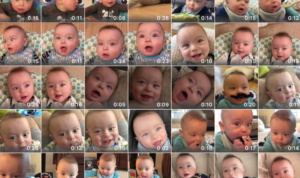 On top of baby noises, Matt also recorded sneezes, coughs, rattle shakes, couch thumps, and other sounds for the percussion. When he finally had everything he needed, he began the tedious process of matching each noise to a musical note, then to a corresponding note in the song.

“It took me about 80 hours to cut them down, determine the pitch of each and compose the song,” he told TODAY. “I did this over the span of about 3 months, a few hours here and there.” 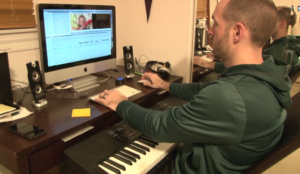 The result? One of the most adorable and hysterical AC/DC covers in existence! And of course, the rise of cutest little rock star we’ve ever seen. 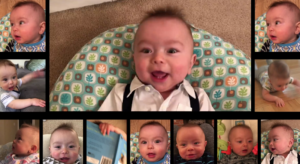 Matt might just be the coolest dad ever. We can’t wait to listen to his next collaboration with Ryan, who’s sure to grow up to be a huge AC/DC fan!

Listen to baby Ryan “singing” the hard rock hit in the video below, and share this musical masterpiece! You can check out a behind-the-scenes look into the creation of the video here.