A very sick 8 year old boy named Wyatt Gillette was just sworn in as an honorary United States Marine. Wyatt had Aicardi-Goutieres Syndrome Type 1, a very rare and difficult illness. Wyatt’s father, Jermiah Gillete, is a Marine drill instructor, and he believed his son had the spirit of a Marine.

“If [Wyatt] was a normal child,” Jeremiah said in an interview with abc7, “he’s just got that spirit… I think he would have joined the Marine Corps.” So when Wyatt went into hospice care, Jermiah and Wyatt’s mom, Felishia, posted on Facebook, asking for prayers. But they never expected the response that they got.

“I just started crying,” said Felishia. “So many people and strangers took an interest.” 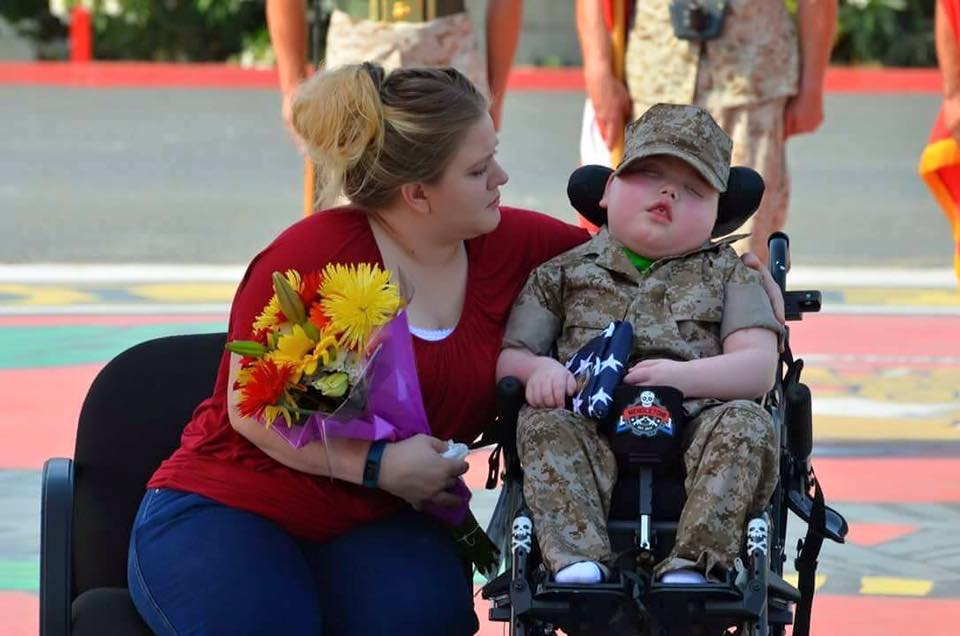 Marine Anthony North was one of those. He heard Wyatt’s story, and created a change.org petition seeking signatures to make Wyatt into an honorary marine. “As a fellow Marine,” he wrote, “it truly touched my heart to hear his story. Which is why I have decided to push to make Wyatt an Honorary Marine.” 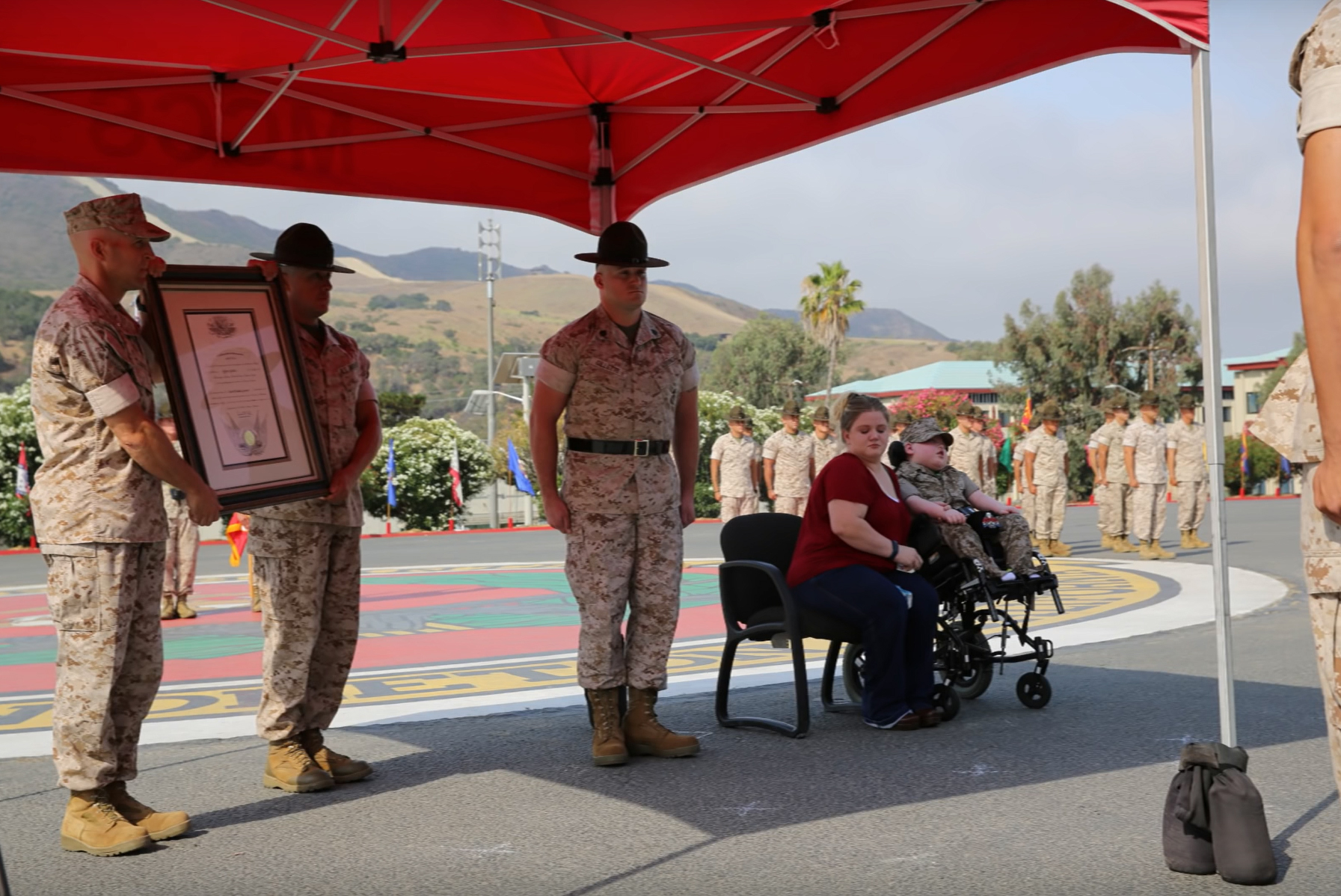 “I have seen more Marines come together because of him, and feel he has truly earned the right to be among the best fighting force in the world,” writes North of the little boy. “I am asking for people to sign this petition, to help bring attention to the Commandant, in the hopes he is kind enough to approve Wyatt with this award.”

The petition garnered thousands of signatures, and the honor was granted to Wyatt in what North writes was “probably a record-breaking manner.” There was a formal ceremony recognizing Wyatt. 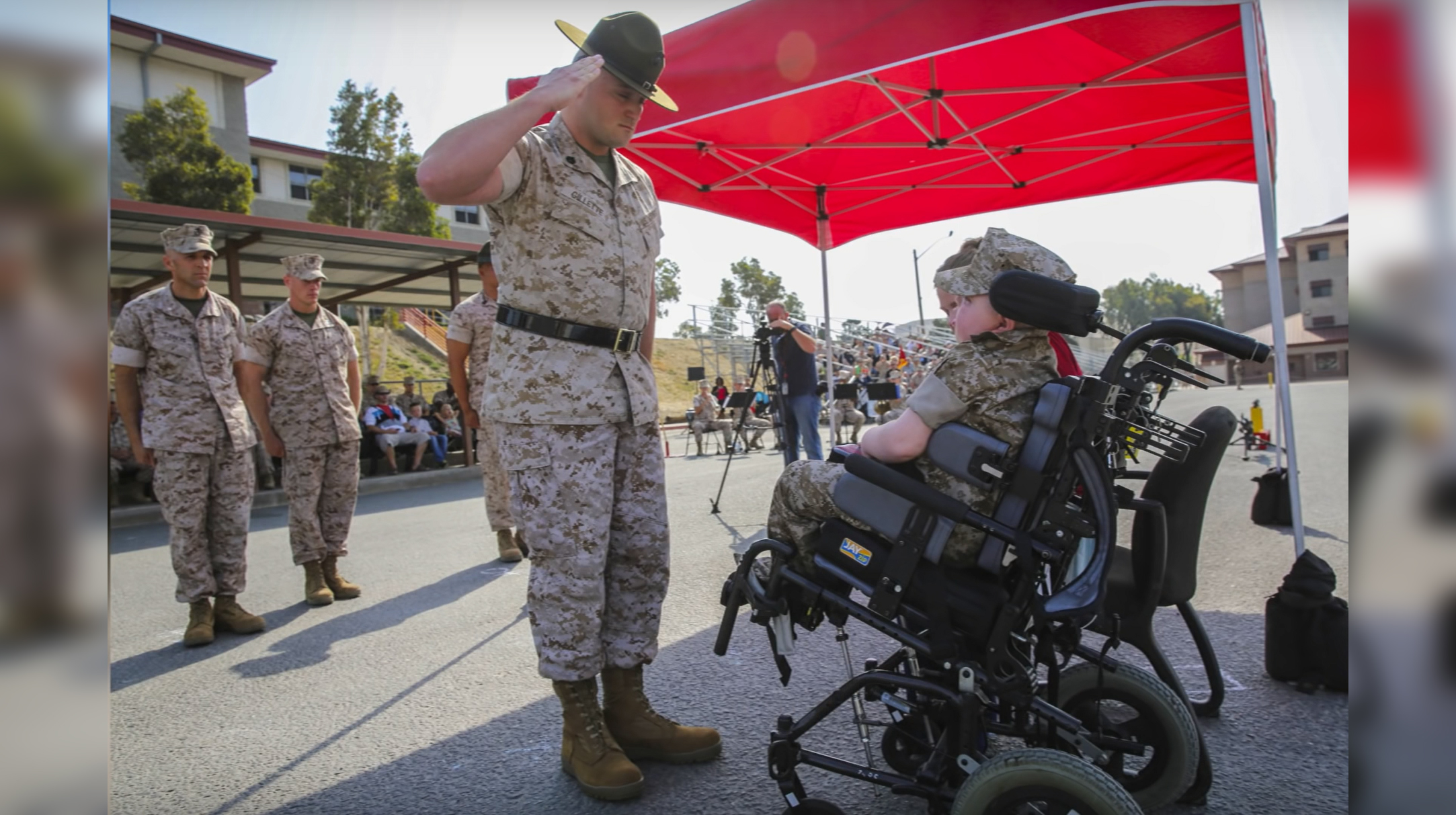 During the ceremony (which can be viewed here), a very emotional Marine spoke to Wyatt, saying “Your strength has inspired all of us who are here today. You have proven that you have what it takes to becomes part of America’s warrior elite. You have earned the title of Honorary Marine. Congratulations and semper fidelis.”

Wyatt’s father spoke as well, saying that the ceremony restored his faith in humanity and “what our country stands for.”

The very next day, Wyatt passed away “peacefully and pain free,” according to his dad’s Facebook post but not before touching the hearts of thousands.