When Lacey Dunkin was 25-years-old, she was convinced marriage wasn’t for her. Though the young woman didn’t see matrimony in the cards, all she had ever wanted was to be a mother.

“I kind of looked at my life and decided that was okay and that I didn’t need marriage,” Lacey, now 32, told PEOPLE. “But I knew that if I wasn’t a mom, I would regret it my whole life.”

In June 2011 she was certified to adopt her first child. A few short months later, she received an emergency call from the state seeking a foster mom for not one, but four young sisters.

“I can’t tell you why I felt so compelled to say yes, but I did,” she said. “And I didn’t even consider not keeping them together. It was all or nothing to me.” 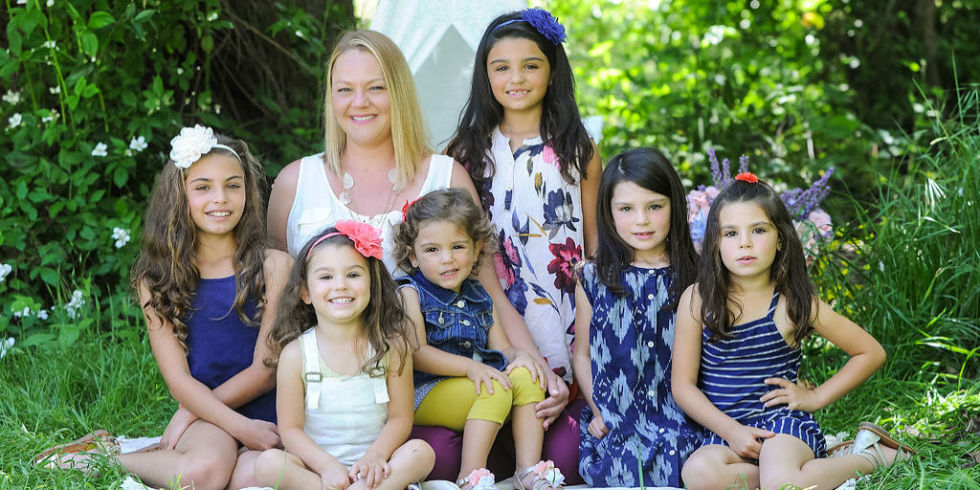 The sisters developed an immediate bond with Dunkin, but only 9 months after their birth mother lost custody, the court allowed her to take her children home. Sophia, Natalie, Melanie, and Kaylee, as well as their newborn little sister Lea, who had been staying with a different foster family, returned to their biological mother.

But the situation wouldn’t last for long.

“It was a little over a month later when she [their birth mother] called and asked if I’d be willing to adopt all five girls,” said Lacey. “I was shocked, because that must have been a hard decision to make. She had been considering it for a few weeks, but was worried that her family might judge her.” 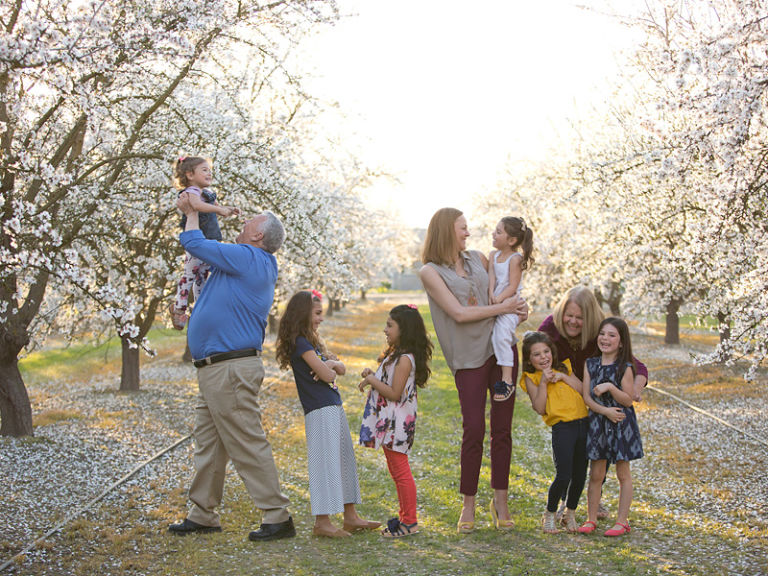 Dunkin never once considered separating the sisters from one another and agreed to adopt all five of them. During the year long adoption process, their birth mother became pregnant with her sixth child. Duncan didn’t even hesitate also agreed to adopt the infant. 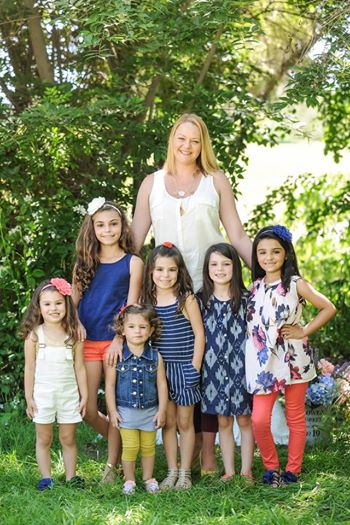 “[The girls] give me so much joy, and chaos, but life would be so empty and bland and boring without them,” said Lacey. “It’s an honor to be their mother, they melt my heart.”

Share this incredible story of sacrifice and family today.