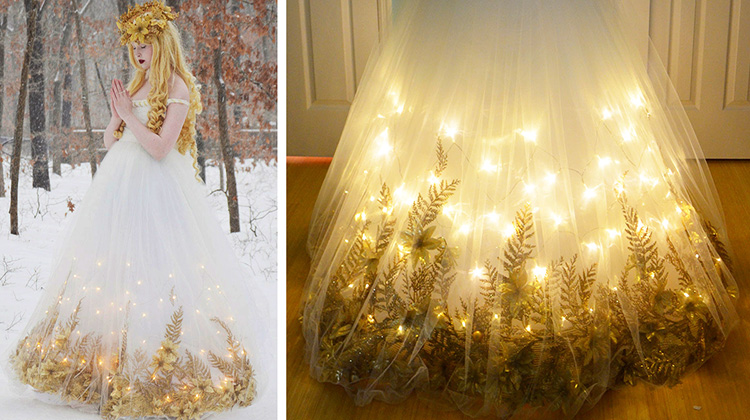 18-Year-Old Girl Designs And Sews Stunning Gowns That Will T...

Angela Clayton is an 18-year-old girl living in Long Island, New York, who is already creating an enthralling career for herself!

While most kids her age are getting ready to go out into the real world, and explore who they are, Angela has already found her passion: Designing costumes.

Intricate, glistening, flowing and gorgeous are just a few of the wonderful words you could use to describe her creations.

Her most noteworthy pieces are gowns modeled after Disney princess dresses or her completely original designs. Both show an amazing amount of innovation and vision… and because of that she’s received a lot of attention and praise!

Angela says, “I hope that there is a future career that I will get out of it. I love making costumes and I love bringing ideas to life. If I could do that for fashion, especially for theater or film, that would be awesome…”

It’s undeniable that she’s eager to get her future on an even faster track to her ultimate goals!

Check these out and share if her innovative spirit motivates you!

“I learned when I was really young because my grandparents sew. I was probably about 6. My mom gave me $20 to spend at Wal-Mart on fabric and I was ecstatic.”