Thanks to one brave bus driver, a would-be robber was on the wrong street at the wrong time!

Zsolt Kiss Károly is a veteran who once served his country in Iraq. He now drives the #21 bus in Miskolc, Hungary, which turned out to be the best news for an elderly stranger when she was attacked in broad daylight by the side of the road.

Security footage from Zsolt’s bus shows him driving his normal route near the Újgyőr market. That’s when he spots a man going after the woman with a stick. The robber was most likely trying to steal her purse, but she put up a fight!

Without a moment’s hesitation, Zsolt positions the bus in the center of the road to block traffic, throws it into park, and rushes over to help the stranger in need. He marches right up to her attacker and shoves him away. Then he scares the man off and ushers the woman onto his bus. 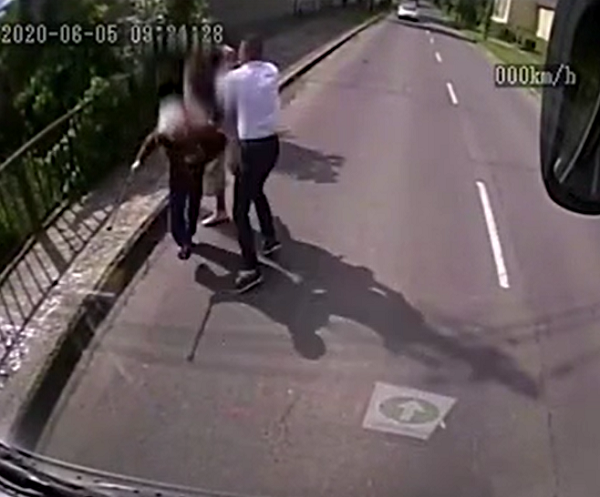 Thankfully, she wasn’t injured, although she was definitely shaken from the incident. The police were later able to identify her 27-year-old assailant, and now he’s being brought up on criminal charges.

As for Zsolt, he said this isn’t the first time he’s stopped a crime on his route, so as soon as he saw what was going on, he knew he had to help.

“I saw a young man sneak after the lady, suggesting that it would be a robbery,” he said. “I had to take action, but I couldn’t leave it at that. I crossed the bus so that if there was a brawl, no one could fall in front of the cars. Fortunately, the incident was also recorded by the cameras on the bus.” 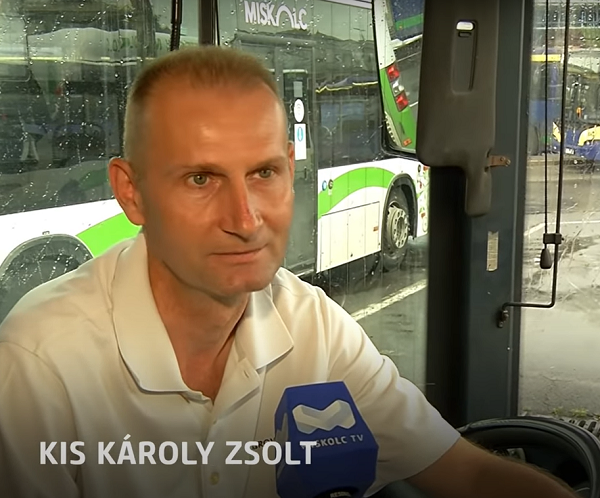 Zsolt is being hailed as a hero in Hungary and beyond, and we couldn’t agree more! It takes courage to stand up for someone in a dangerous situation, and we’re so glad he was there to save the day.

Watch the hero in action in the video below, and don’t forget to share this story with your friends.