Up and coming NBA basketball player and mentor, Zach LaVine, is using his background in American Sign Language to give back to his community in a big way. It all started when a young boy who was deaf came up to him at a restaurant and asked for an autograph. When LaVine responded to the little one using ASL, the boy immediately broke into tears. It was then that LaVine found his passion.

LaVine partnered with a Minneapolis area school for the deaf and hearing impaired. He has made four visits to the school since last September, spending time with the kids there and inspiring them to live out their dreams despite the trials they face everyday.

In a wonderful show of generosity, LaVine donated his winnings from the 2016 All-Star Slam Dunk Contest to the Metro Deaf School in Minneapolis. The money was used to build a custom cafe for kids in the program to help build their confidence and independence. 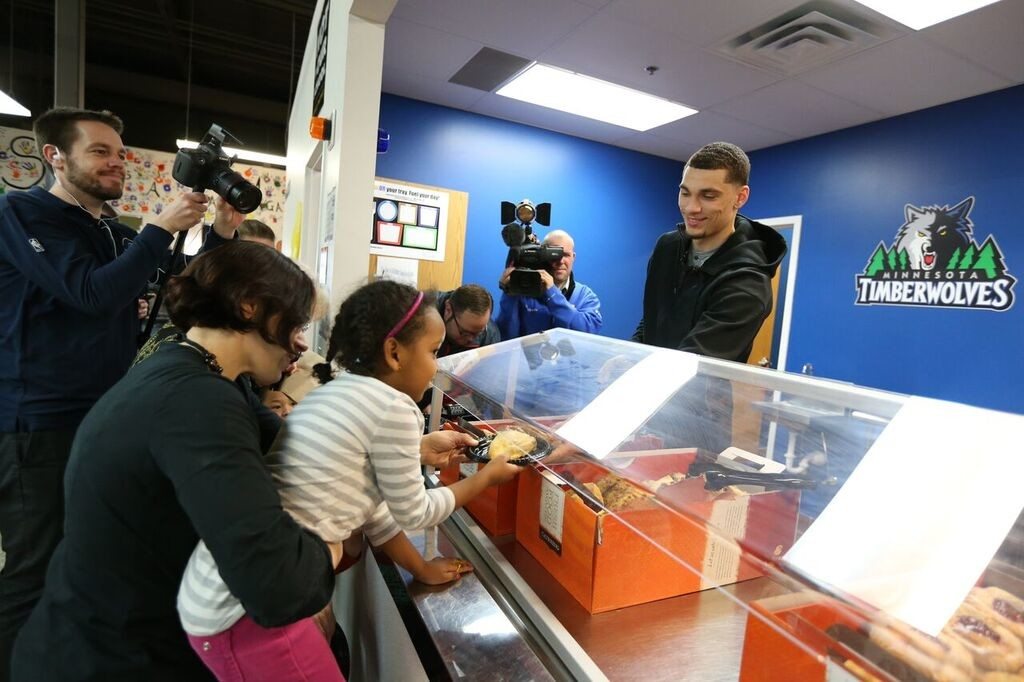 “They can make their own food now, instead of having all their meals catered in,” LaVine said. “And I continue to work with them—give back clothes, binders, food drives, different things like that.

What a wonderful way to give back to the community and empower kids to live their lives to the fullest.