Growing up, Kaley West Young of Salt Lake City, Utah, was very close with her dad, David Jean West. When he passed away suddenly in 2015, she and her family were heartbroken to realize he wouldn’t be present for the special milestones in their lives.

As Kaley prepared to marry Andy Young in 2018, Kaley’s five brothers hatched a plan to include their father in her big day, even years after his death. Kevin, Dustin, Danny, Derek, and Kasey West recalled that David had always been big into videotaping their family memories, so the brothers went to the old tapes and selected several snippets of their late father’s voice.

Using these, audio clips, the brothers spliced their father’s words into the song “Fathers and Daughters” by Michael Bolton. Then, on Kaley’s wedding day, they surprised her by playing the song — complete with her beloved father’s voice.

Kaley instantly began to cry as she heard the first strains of the song, but as David’s voice says her name and tells her he loves her, she breaks down in tears. In fact, it’s impossible to watch this clip without weeping; not just because the love this family shares is such a beautiful sight, but also because their message is that love is everlasting and permanent. Even death could not keep David from being present on his only daughter’s big day. 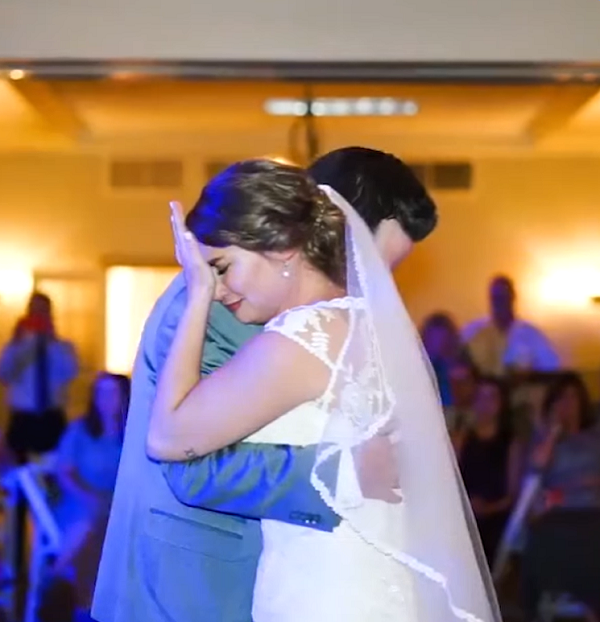 “I was completely in shock,” Kaley recalled later. “I know people joke about having an out-of-body experience but that is what it truly was being in the middle of the ballroom and surrounded by my family, and my husband’s family, and our friends and people we care about with my brothers stepping up. It was an incredible moment.” 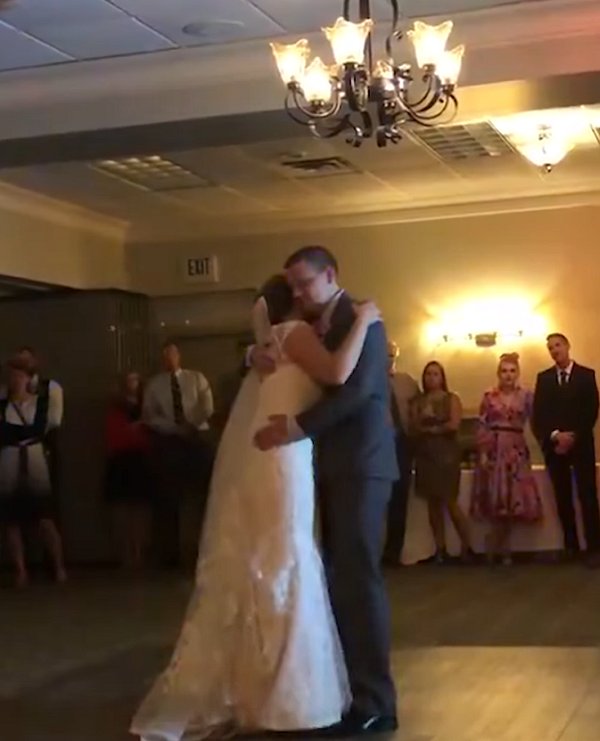 Kaley’s brother Kevin explained that the idea to incorporate their dad into the reception dance had come to them months earlier. The family has always been close-knit, so they knew they couldn’t go through Kaley’s wedding without somehow acknowledging the man who’d raised them with love for their entire lives.

“A few months back, we told Kaley we had a surprise for her and that we were working on something but we kept it a surprise the entire time,” Kevin said. “We searched tons of songs, and Bolton’s song just appeared. My dad was a crazy home video guy, and we knew we had something golden there, so we watched all those home videos and took those sound bites directed to Kaley and incorporated those into the song. It worked out perfect.” 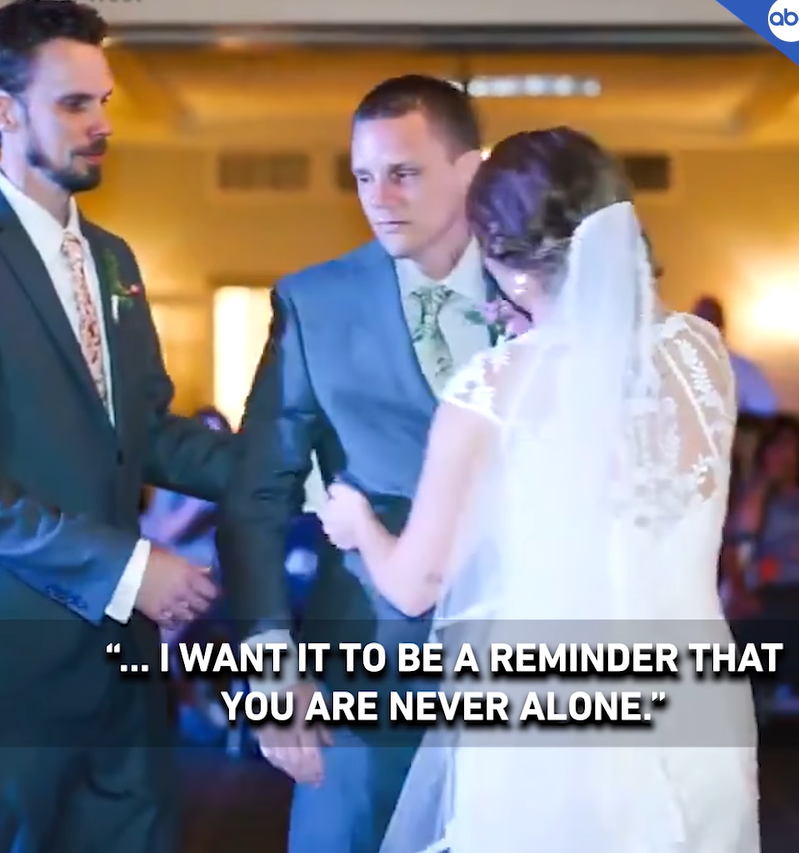 Incredibly, after the family shared this tender moment with the world by uploading it to YouTube, none other than Michael Bolton himself happened to see how they’d used his song. Bolton loved their use of “Fathers and Daughters” so much that he left them a comment on the YouTube video, telling them, “i’m humbled and honored that the west brothers choose my song #FathersandDaughters to dance with their sister Kalyee at her wedding. their video brought me to tears.”

The singer even made comments on his own social media pages about the powerful and emotional use of his song, and the family could not have been more delighted by his attention and approval.

i’m so humbled and honored that the west brothers choose my song #FathersandDaughters to dance with their sister Kaylee at her wedding. their video brought me to tears https://t.co/eqlyI7HzEn

“That blew me away,” Kaley said. “I was in complete disbelief that he saw (the video), and it’s very touching for him to even respond. It was very kind of him and it made that moment even more special.”

The family has been comforted greatly by the kindness of strangers who saw the video and were moved to tears. Kaley says that she feels it’s important to share this video far and wide, because it really sums up what truly matters in life in a beautiful way. 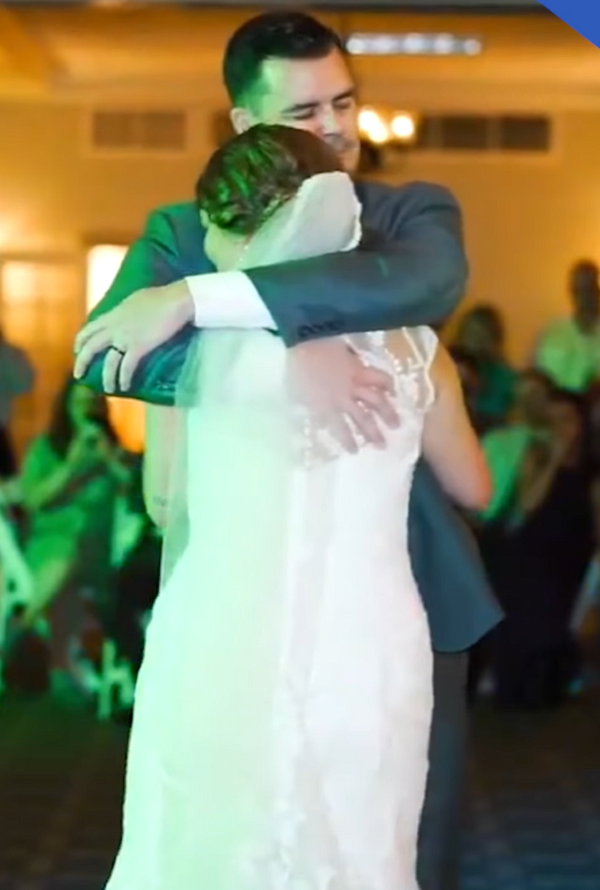 “This video isn’t about me or my family; it’s about the most important thing in life which is our loved ones,” she said. “Every single person experiences loss, or will experience loss, in those moments can be deep sorrow and despair. However, I want it to be a reminder that you are never alone. Love transcends beyond the physical body and whoever is going through a great loss, no matter what it may be, you are never alone and you are loved.”

Such important sentiments are rare in this day and age. Thank you to the West family for sharing this memory with us.

Have some tissues handy as you watch the video below, and don’t forget to share this incredibly moving tribute to the never-ending love of a father for his daughter.