For the past 40 years, Wendall Gill has greeted patrons at the McDonald’s on Richmond Road in Lexington, Kentucky. Wendall always worked quietly and efficiently, cleaning the restaurant with a cheerful smile for all who passed through its doors.

Todd Oldfield, a financial advisor who worked with Wendall many years ago, says he always admired Wendall’s work ethic and positive attitude, but when he recently visited the restaurant he noticed that the 85-year-old seemed depressed and heartbroken. “When he walked up I could tell he was just destroyed, and he said ‘I lost my wife,'” Todd said. 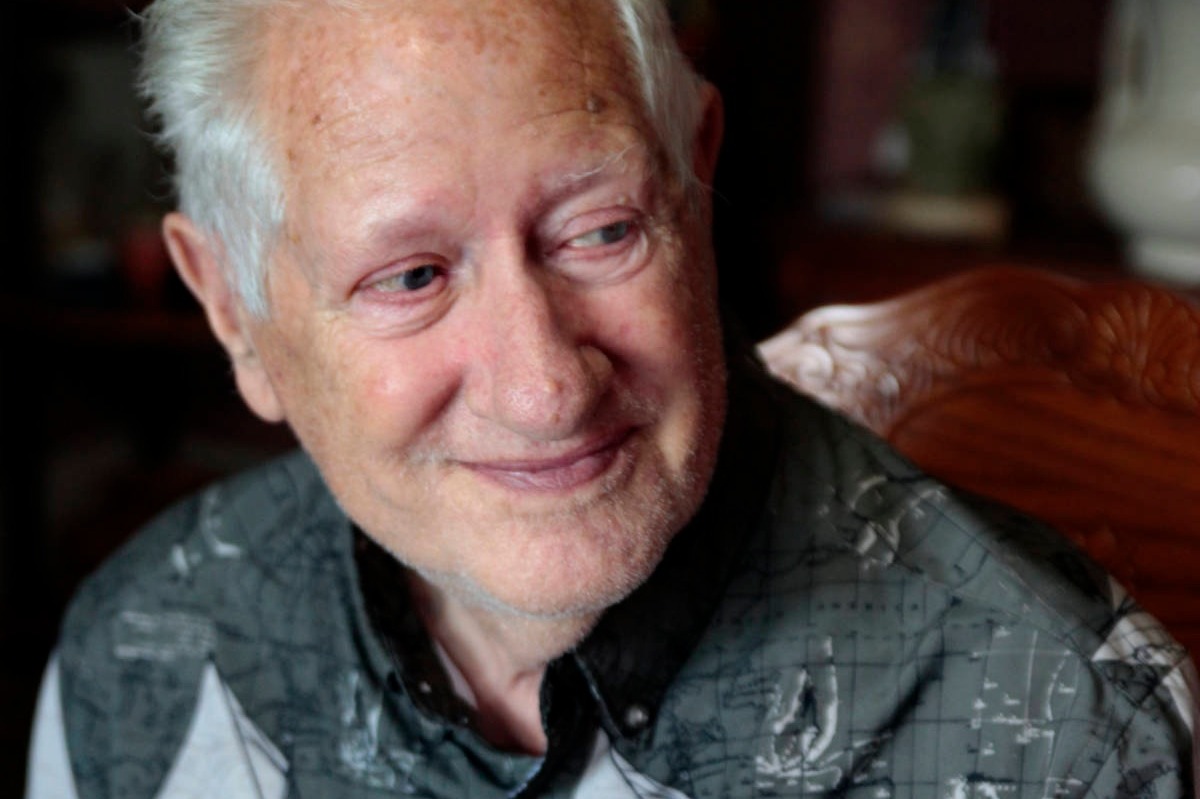 Wendall had been married to his wife Della for 68 years. In August, she came into the restaurant for lunch and had an aneurysm, passing away in the very bathroom that Wendall cleans each day. Now, the elderly man is forced to continue working there, surrounded by the painful memory of his wife’s passing.

“They say you get over things, but when I think of her, I start crying. I don’t think I’ll ever get over that,” Wendall said. Indeed, as he spoke to Todd that day he could barely get through the story without breaking down in tears. Making matters even more heartbreaking, Wendall and his wife are the legal guardians of their two special needs grandsons.

John Columbia, 33, has autism, and Justin Gill, 20, has physical and mental effects as a result of fetal alcohol syndrome. Both of Wendall’s grandsons were in the McDonald’s on the day Todd spoke to Wendall, waiting to be picked up for adult daycare. 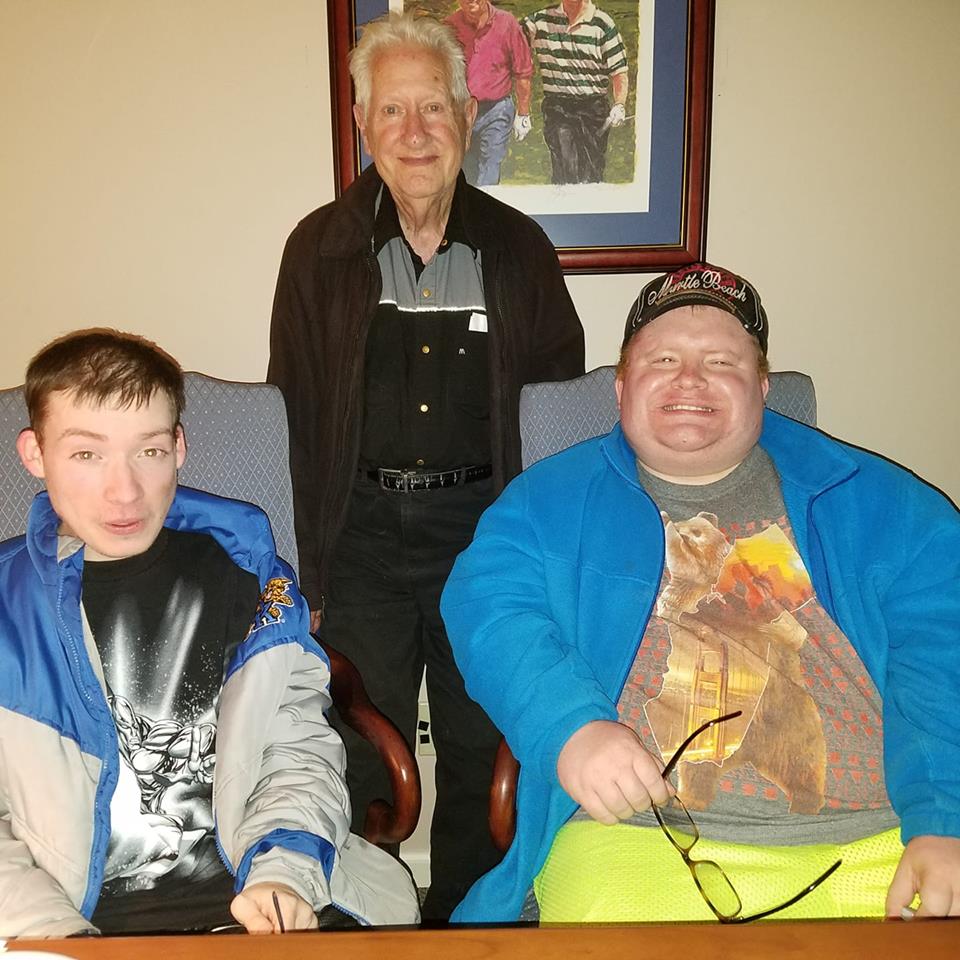 “By the time he was done, I was torn up,” Todd said, vowing to do whatever he could to raise money to help his old friend.

Todd quickly got to work, starting a GoFundMe campaign that very day. He asked for just $1,000 to start. The community responded instantly, and Todd soon realized there was an opportunity to raise enough money to make a real difference in Wendall’s situation.

I guess really my hope for Wendall is this. He is 85. He really needs to retire. Tomorrow is promised for none of us. He really needs to spend time with his boys and just heal… and not worry about where they will get their next meal from. By accomplishing these three goals, we will be taking $1,200 a month off his bills (his two car payments). He only earns about $600 a month at McDonalds. So it is possible that his meager income will allow him to retire. Even if he chooses not to, at least he could. He should not be worrying right now about where is every dollar going to come from. That is my prayer.

As word began to spread about Wendall’s situation, charitable offers began to pour into the fundraising page. People were also showing up at the restaurant, pressing bills into the old man’s hand and wishing him well. 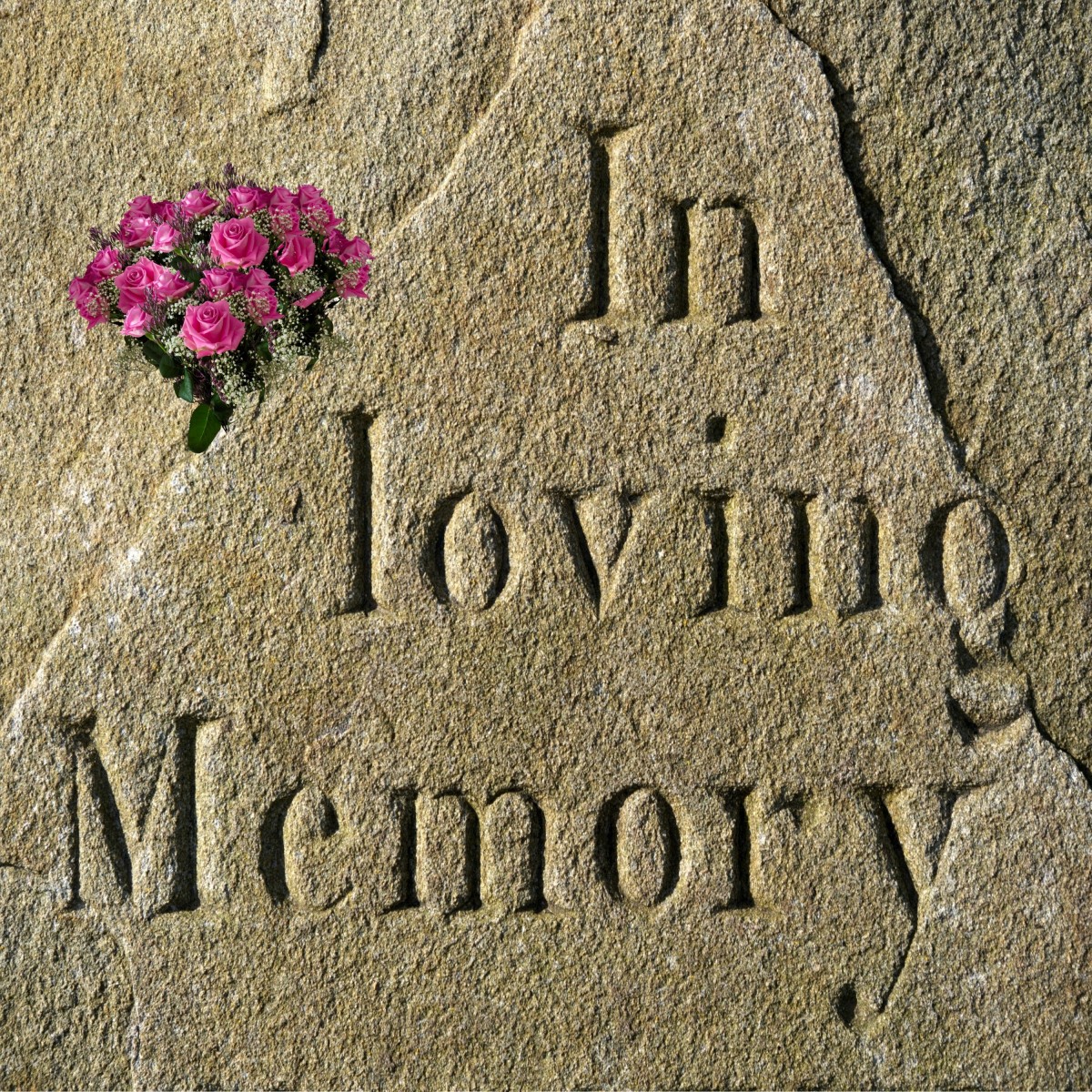 Additionally, someone stepped up and paid for a headstone for Della, something Wendall couldn’t afford on his meager salary. Local banks reduced the amount of debt he owed on his vehicles, and another donor volunteered to buy Christmas presents for the family. Local business even came together to organize a community BBQ to benefit Wendall and his grandsons. With Todd’s fiscal guidance, Wendall’s monthly bills soon dwindled considerably.

Both Todd and Wendall were blown away by the generosity of their neighbors. Wendall says that he simply can’t believe how much people care. 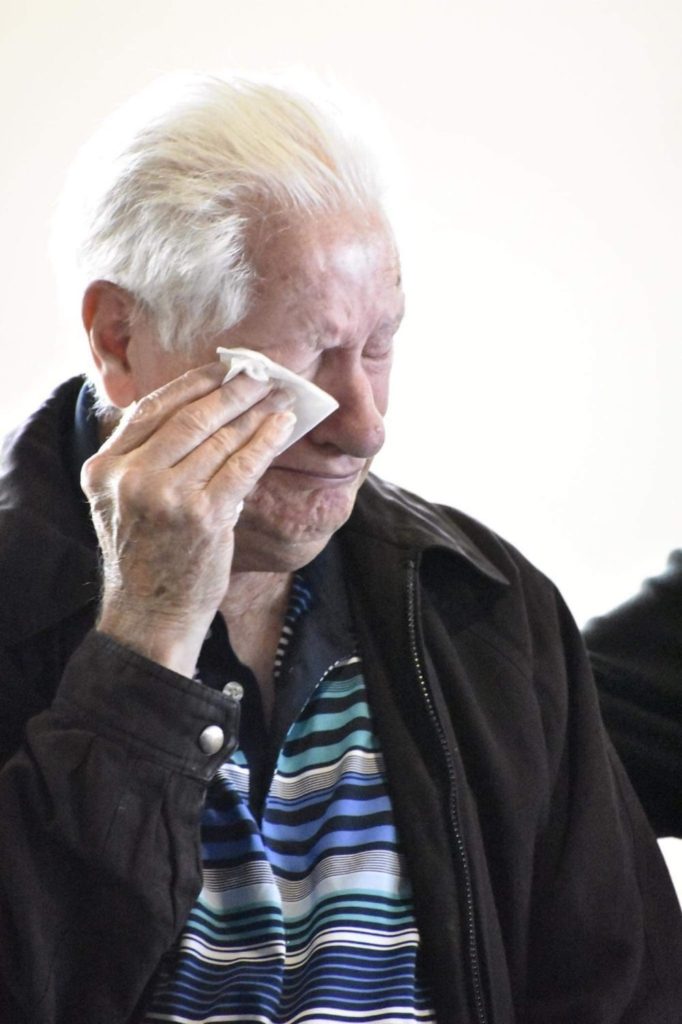 “As we get older, the world taints us a bit,” he said. “I’d lost a little faith in humanity until this came along. I can’t believe the good nature of people. It’s been kind of amazing.” The GoFundMe has already brought in almost $90,000, and Todd says they’re well on the way to paying off Wendall’s house and ensuring that he and his grandsons will always have a roof over their heads.

This is the sort of thing we need to see more of in our society! Our elderly population is always at risk, so paying attention to those who seem down and might need a helping hand is something we can all do to change our world for the better. Well done, Todd!

Share this story to encourage everyone to stick up for their neighbors like Todd did for Wendall.