Everything about the discovery of a “puppy” named Wandi seems miraculous.

After all, the animal did fall from the sky — literally. In August, a woman living in the Australian town of Wandiligong, Victoria, heard whimpers coming from her backyard. When she went to investigate, she found an adorable critter that she assumed was a dog, or perhaps or fox. But, it turns out, little Wandi was neither. 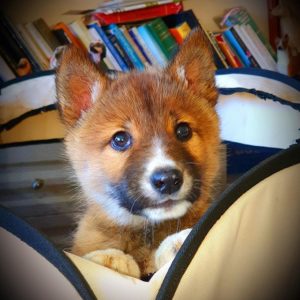 It wasn’t long before the woman realized this was no ordinary stray. She took Wandi to Day’s Alpine Animal Hospital in Bright, where veterinarian Rebekah Day noticed scratch-like marks on his back. She surmised a bird of prey had snatched the pup from his pack before dropping him. Rebekah also made a stunning revelation while trying to determine his breed. 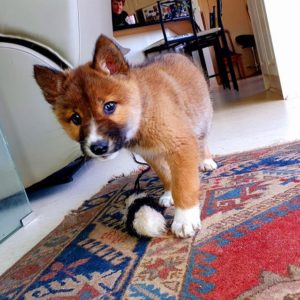 DNA testing revealed Wandi wasn’t a puppy at all. He was an Australian alpine dingo — the only one of three types of Australian dingoes in danger of extinction due to habitat destruction and hunting. Alpine dingoes are listed as “vulnerable” with the International Union for the Conservation of Nature and Natural Resources. And on top of that, most dingo populations in Australia are hybrids, with many being at least 50 percent domestic dog.

But Wandi, it turns out, is 100 percent purebred dingo. 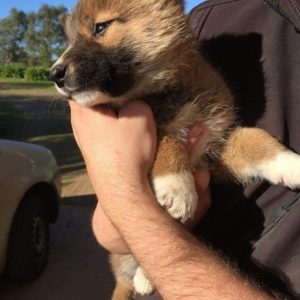 Lyn Watson, director of the Australian Dingo Foundation, says this is incredible news for conservationists. Wandi has since been moved to the foundation’s Dingo Discovery Sanctuary to socialize with other young dingoes. He will hopefully become part of their breeding program, playing an important role in the survival of his species, as purebred dingoes are rare.

“They’re our apex predator, they’re our lion,” Lyn said. “Their job is to keep the kangaroo population down. That was their job … for thousands of years.” 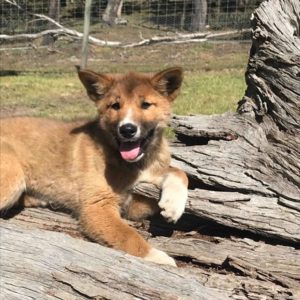 In the meantime, Wandi is also stealing hearts on Instagram with his precious mug. And he’s actually quite friendly around people! 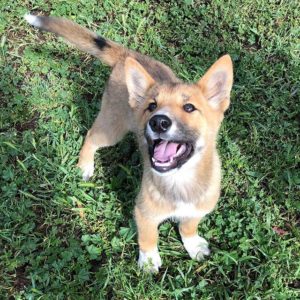 “He has tamed quite nicely. Whilst he is wild and always will be, he has become quite happy here and he likes the people that are caring for him,” Lyn said. “We are really excited to have him — not only to observe the way he develops, but also how he behaves right next door to the dingoes that are bred here.” 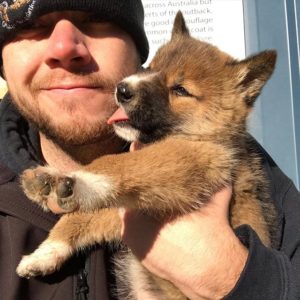 If we didn’t know better, we’d think Wandi was a gift from the heavens! He’s certainly a gift to his species and everyone working to save them.

Share this story to spread the news about such an amazing discovery!