For the gifted members of the Bronx-based WAFFLE Crew, dancing is so much more than a hobby.

The acronym stands for “We Are Family For Life Entertainment,” as the seven men call themselves a brotherhood. The name couldn’t be more fitting. After all, coming together and pursuing their passion is what kept them alive. 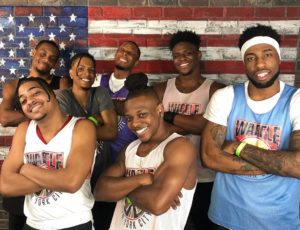 “We’re all from different neighborhoods in New York City, and where we grew up at was really rough,” dancer Tyree Sowell explained. “People don’t even make it past 25.”

Thankfully, they found safe havens in their local dance centers, where they honed their talents and gained the confidence to put their moves on display in subway stations and train cars. There, their skills earned them extra money, which helped them support their families.

“We went from making a few dollars to actually us helping our moms pay the bills,” Tyree added. “The train was a blessing, and it literally saved our lives. Because we don’t have to be back where we live.” 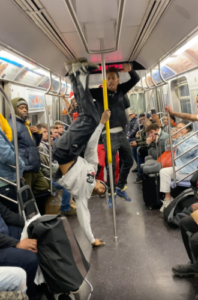 This year, WAFFLE Crew moved onto a much bigger stage for “America’s Got Talent,” ready to prove themselves to the world!

“We want to give young people something positive to look to,” Tyree explained. “It’s about our city, our culture, our family that’s watching back home right now.”

Not only that, but they also wanted to use their performance as a tribute. A few years ago, one of their members died in a drive-by shooting. They couldn’t have honored him better with their audition packed full of life! 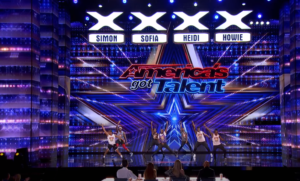 In a routine set to Chaka Khan’s “Like Sugar,” the seven of them showcased a unique style of dance aptly named “Litefeet.”

They hardly touched the ground for more than a second or two as they jumped, flipped, and spun on their hands! 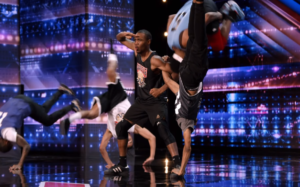 The ease with which they moved was as dazzling as it was unbelievable! All those years of practice became incredibly clear as cheers erupted from the crowd. Then they received a well-deserved standing ovation! 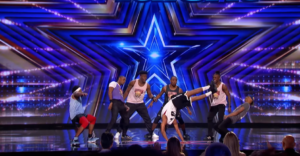 Of all the judges, Simon Cowell was the most impressed! While he isn’t usually a fan of dancing acts, he adored their audition. He even said it was his favorite of the season so far!

“I think something about your energy, from the second you came on, and your determination, was everything,” he said. “And I also understand how important this is to you.”

So he decided to “give them a little head start” by hitting the Golden Buzzer and sending them forward in the competition! 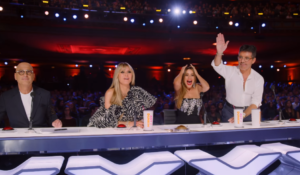 We’ve seen some incredible dancers, but WAFFLE Crew may just be our new favorite group! Congratulations, all of you, not only for your win, but also for using your passion for good.

See them in action in the video below, and share their epic performance with your friends.