In the United States alone there are more than 200,000 cases a year of Vitiligo diagnoses. Even with so many cases the disease has remained relatively unknown and largely ignored by society.

Vitiligo happens when pigment-producing cells die causing the color of the skin to lose its pigment in blotches. Unfortunately, the rate of color loss is unpredictable and the disease itself cannot be cured.

For Iomikoe Johnson who lives in Lake Charles, Louisiana, living with Vitiligo is a part of her daily life. 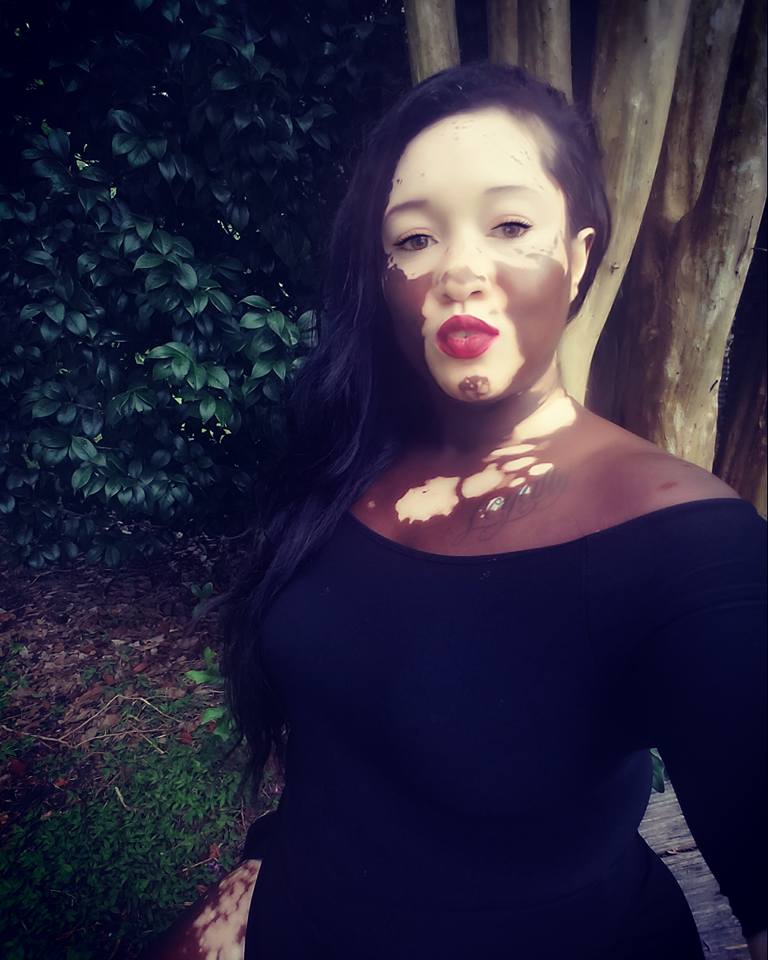 Iomikoe first noticed small, white patches on her elbows. When she got them looked at, she was alarmed by her diagnosis and admits that she was scared by images of others afflicted by the same disease. Though she was loved and protected by her family and close friends, other people would bully and tease Iomikoe over her condition

In fact, the only way Iomikoe felt comfortable was if she used foundation and concealer to diminish the blotches on her skin. 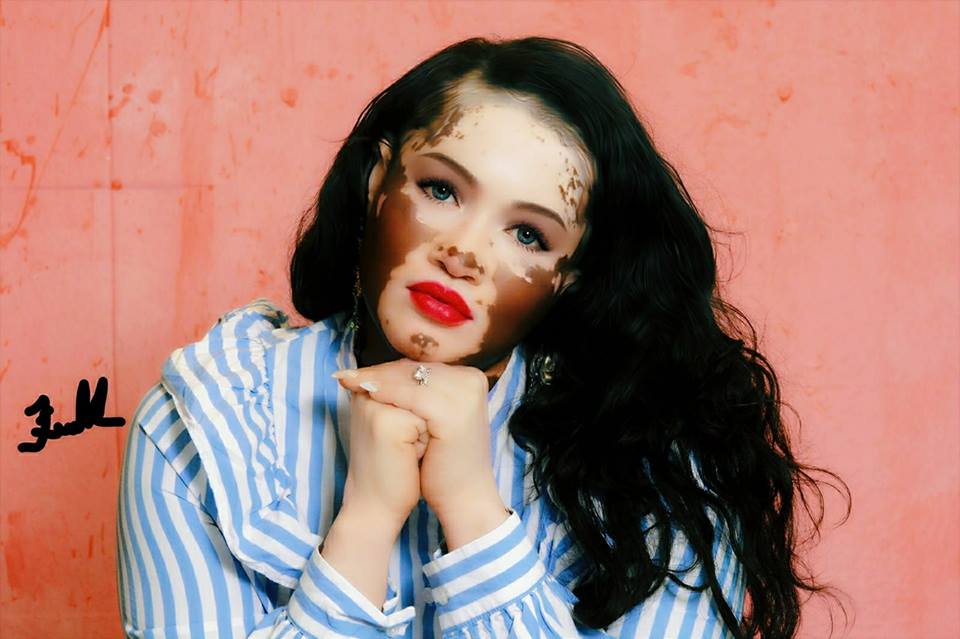 Until she met her amazing fiancé Philip who gave her the confidence boost she needed to embrace her true self.

“When I was home with him, I wouldn’t wear makeup at all; and when I would go out into public, I would wear makeup,” Iomikoe told This Morning With Phillip & Holly. “He was just like, ‘If you’re not gonna wear makeup with me at home, then you don’t need to wear it out in the world, like, for everybody else to see… you’re beautiful and if they don’t like it then that’s on them.” 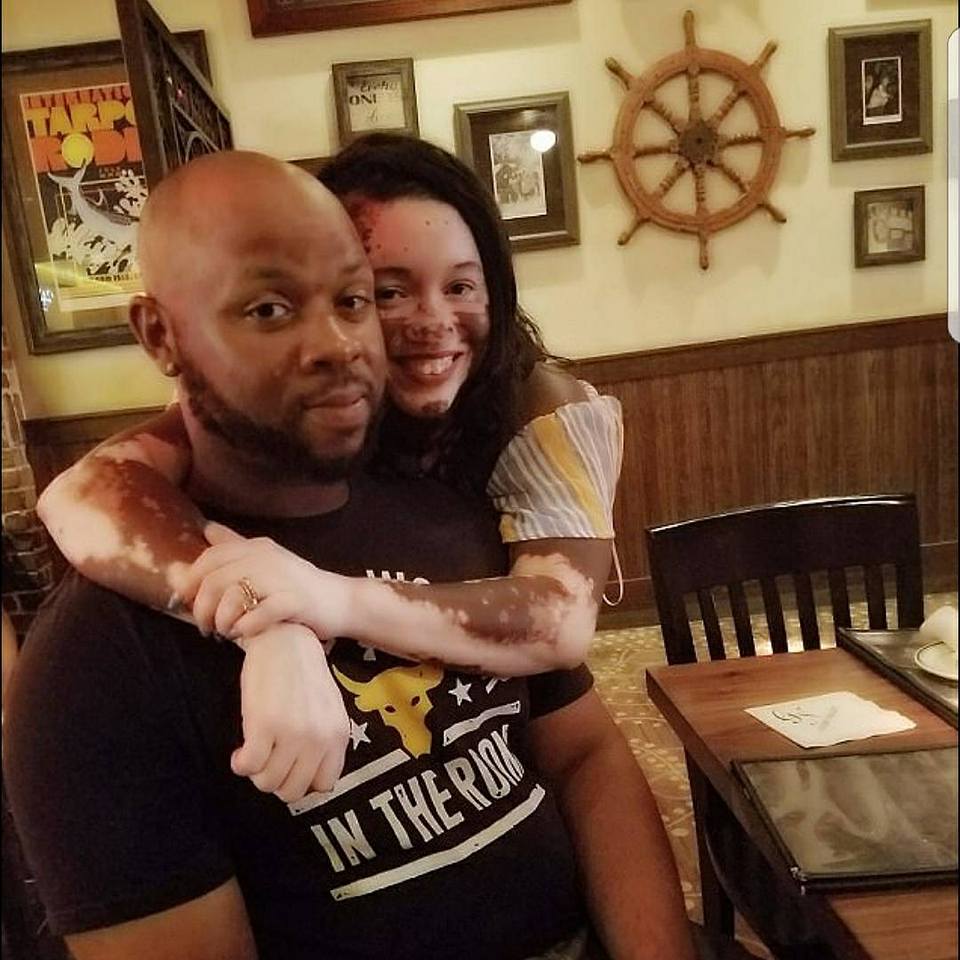 That’s when Iomikoe decided that it was time to start embracing her true self without any makeup and there has been no turning back. 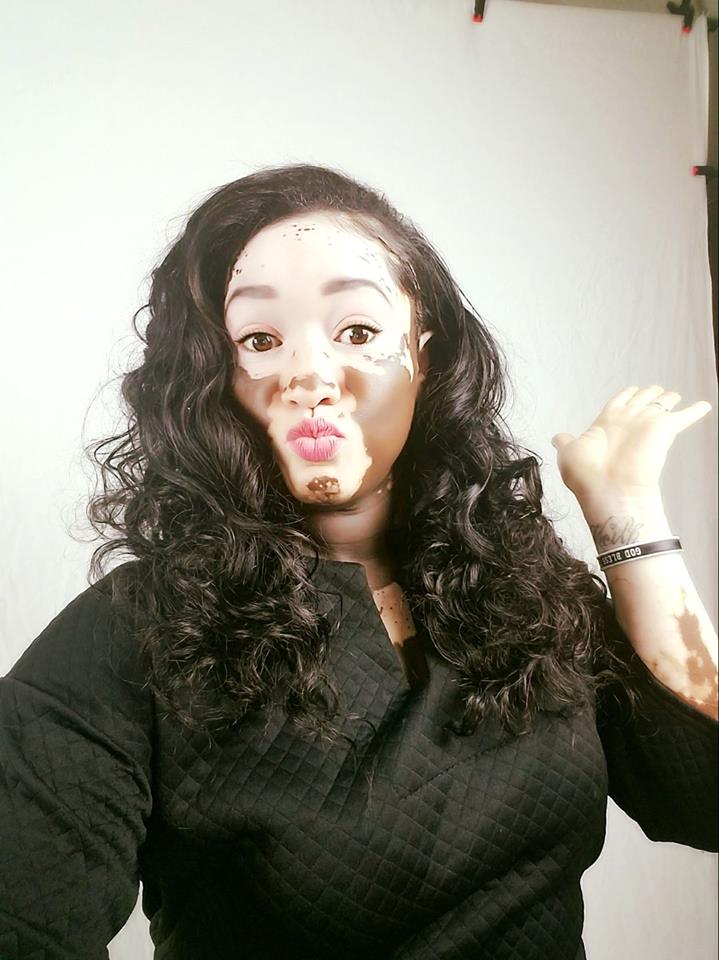 Iomikoe has begun working as a model in hopes that she will be able to spread awareness of Vitiligo. It has become her mission to give other women the courage that they need to love who they are.