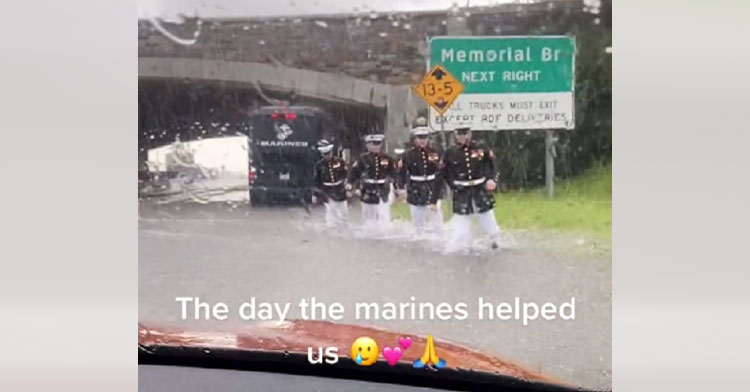 Seconds After Stranded Woman Prays For Help, Marines Show Up...