Every year, the U.S. Air Force Band puts on holiday concerts across the nation.

Of course, momentous occasions like the anniversary of World War II require something extra special, which is why they paid tribute to veterans with a performance worthy of the 1940s. Better still, they did so in Union Station in Washington, D.C. — one of the most crowded platforms in the country. 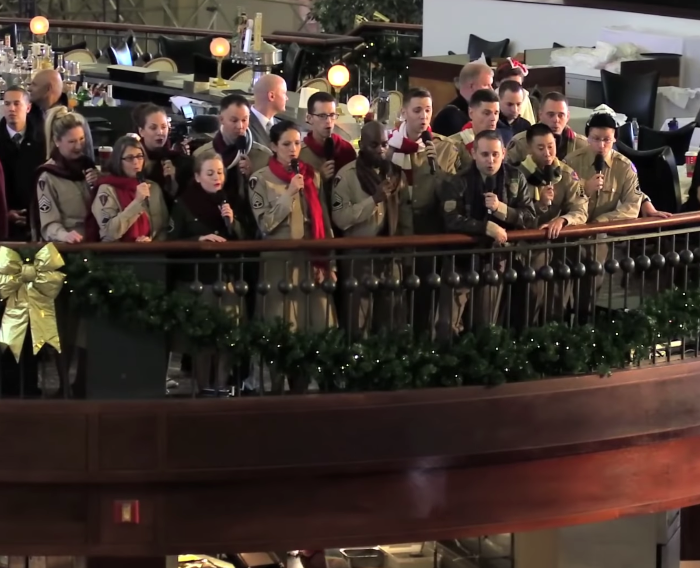 The level of talent this band (which is actually made up of several regional groups) brings to the table is incredible. Every member is a trained musician who can sing or play any number of instruments, and when they all come together, they easily make up an orchestra.

So when they gathered in 2015 for an epic performance meticulously planned around “Jingle Bells,” we knew to anticipate greatness, yet they still managed to exceed our expectations! 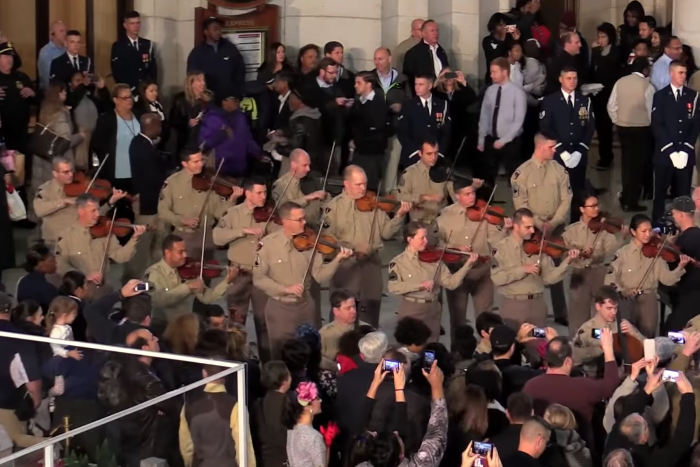 In the video, we initially just see a few people playing instruments in their costumes. But as the music picks up, more musicians emerge along with some dancers! The USAF Band clearly teamed up with a choreographer to incorporate authentic moves from the 1940s into the show, and they are absolutely mesmerizing.

Somehow, they transform the train station into something right out of the WWII era. The choir sings lovely historic harmonies, while the brass section sounds just like a “big band.” Even the costumes look like they fell out of a time machine! 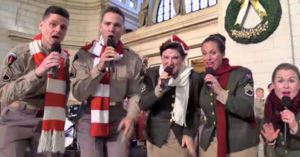 The USAF Band brought some true holiday cheer with this striking performance! More importantly, they honored the men and women who served before them in a beautiful way.

Watch the amazing performance in the video below, and spread the joy by sharing this story with your friends.