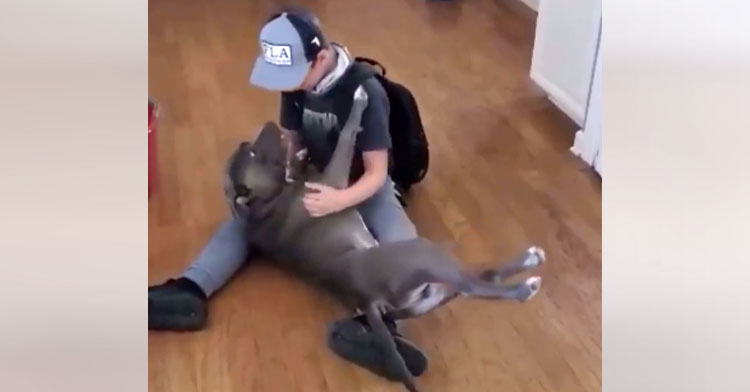 10-Yr-Old Loses It When He Realizes His Missing Dog Is Back ...