Gavin Finch of Kansas City, Missouri, was perfectly healthy until, at age 20, he found out he was dying. Gavin had a rare disease and his kidneys were failing. Dialysis was the only thing keeping him alive. He needed a new kidney, and fast.

Desperate, Gavin’s girlfriend Ally Braymer posted a tweet hoping to find a match: “My boyfriend needs a kidney. Blood type is A+. Retweet to spread the word.”

Lindsey Edwards was scrolling through Twitter when she just happened to see Ally’s tweet. “I’m like, ‘I’m A+,'” Lindsey recalled thinking. “‘I should give him a call.'”

Bear in mind, Lindsey had never met Gavin, Ally, or any of their family members. But as soon as she saw the tweet, she knew she had to give him a second chance a life. 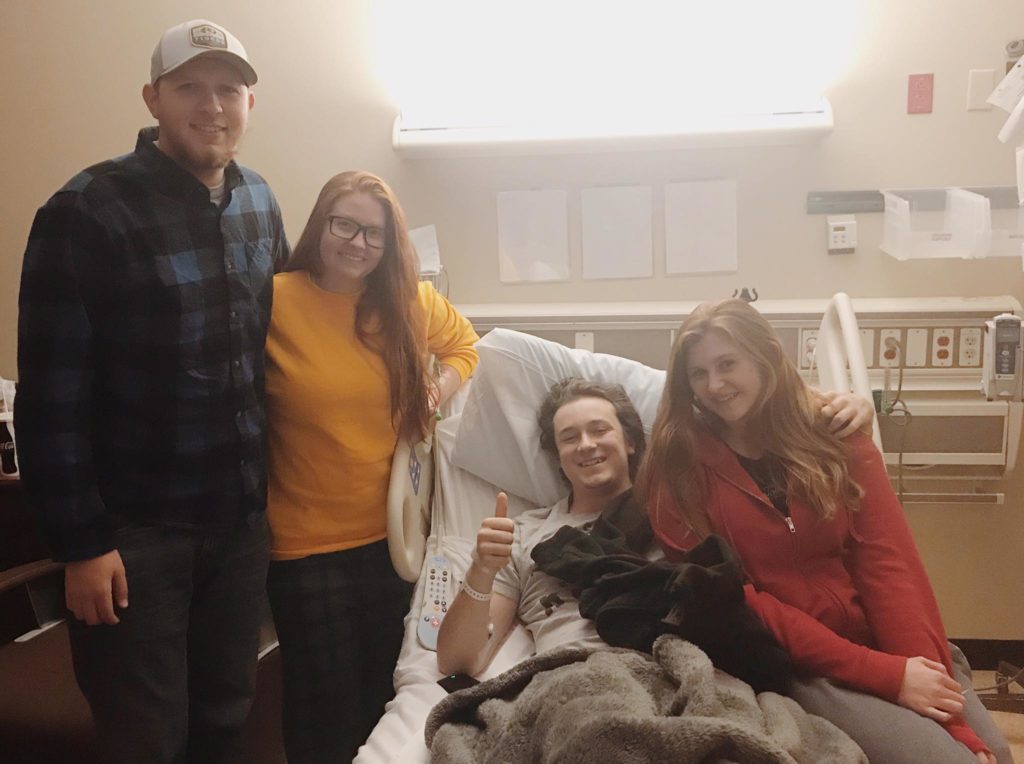 “You didn’t know me before you decided to donate a piece of your body to me, and that blows my mind,” Gavin wrote in a heartfelt Facebook post after the successful surgery. “Your compassion is unmatched… A lifetime of trying to repay you wouldn’t be enough. Thank you.”

This story was originally shared in InspireMore’s daily newsletter, Morning Smile. Click here to subscribe!
Be first
Next Story