Janess Cua of the Philippines has eleven dogs at home, but there’s one that really stands out from the crowd.

Paningning is the only Shih Tzu puppy in her litter to have light-colored fur. She’s also the only pup who now has millions of fans on the internet thanks to a few photos Janess happened to share on Facebook. The photo showed one-month-old Paningning sleeping with her siblings on Janess’s floor, but one of these pups is definitely not like the others. 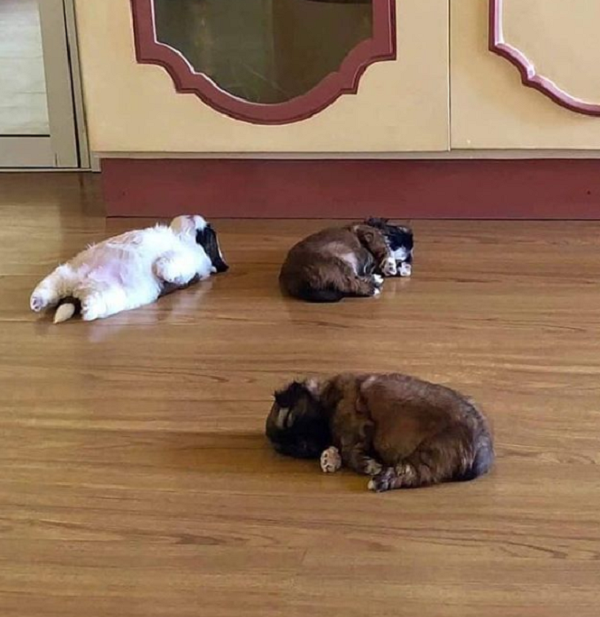 See what we mean? At first glance we’re tempted to check Paningning’s pulse because of the ways she’s sprawled out on her back like that! Turns out that “corpse pose” is Paningning’s sleeping position of choice all the time, making for some seriously hilarious pictures. 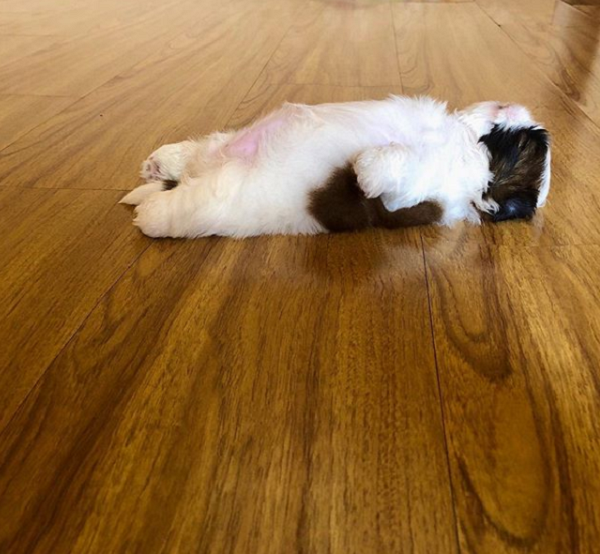 Just look at the fuzzy little belly! This pup is so cute it’s no wonder that Janess’s pictures soon began circulating online. Janess says she had no clue that her dog’s funny sleeping position would launch them into web stardom.

“Honestly, I was not expecting her to be trending because I always post pictures of my dogs because they make me happy.”

Yet go viral she did, opening dedicated Instagram and Facebook pages for her popular puppy that quickly earned over 100,000 followers in just a few days. 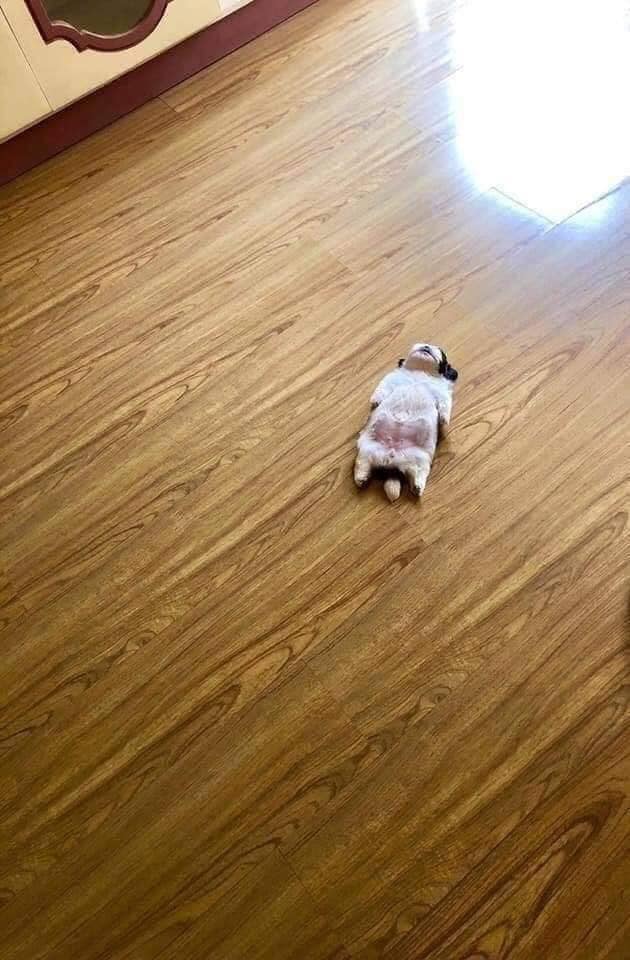 So far Paningning’s funny snoozing position has been turned into memes, cell phone wallpaper backgrounds, and even a “Paningning Challenge” photo contest in Korea and the Philippines. Paningning is not the only dog who loves to let it all hang out.

Here are a few of our favorites:

Facebook users like Erren Elizalde were quick to Photoshop the puppy’s flat, sprawled out pose into a variety of funny images to be shared by Paningning fans everywhere. 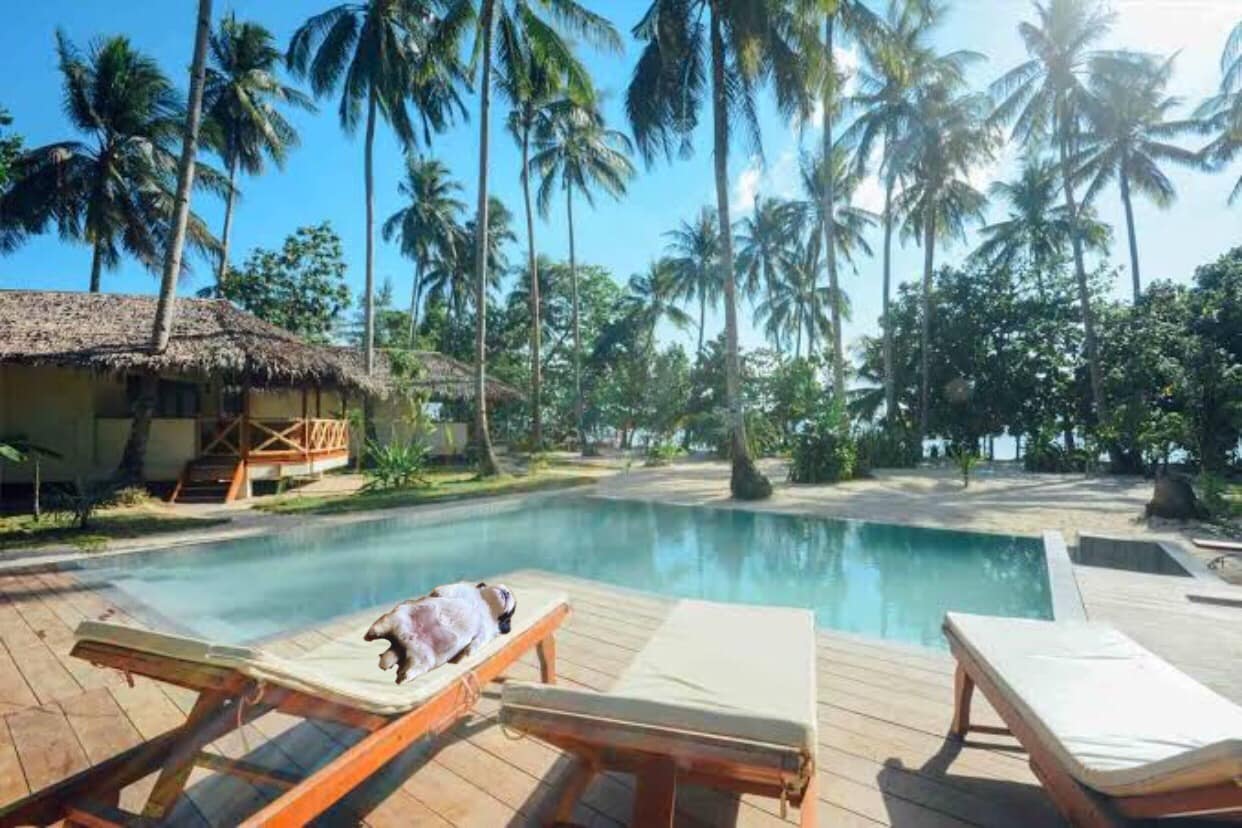 Janess has even started an online shop to sell Paningning merchandise!

Forget planking, we’re totally ready to embrace the Paningning Challenge! I don’t know about you but I’ve been training for this challenge my whole life and I practice every chance I get! I don’t like to brag, but I’m pretty good.

All jokes aside, don’t you agree that this the cutest little pupper on the internet right now? She certainly put a smile on lots of people’s faces! Share this story to spread the smiles even further.