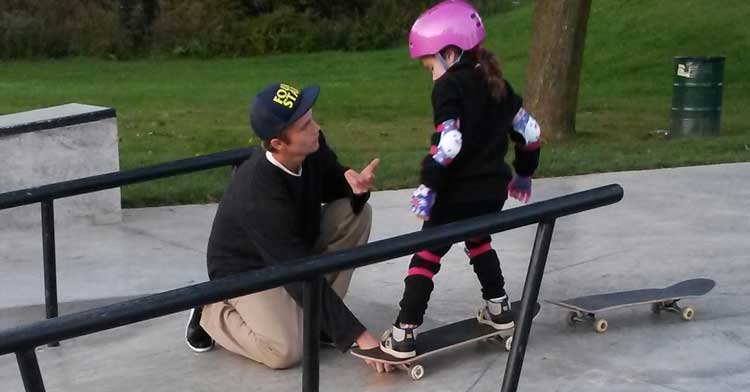 Jeanean Thomas’s 6-year-old daughter Peyton had been wanting to skateboard for months. But when they arrived at their local skate park and saw it was populated with teenage boys, they both got a little nervous. “Mom, it’s full of older boys,” Peyton whispered. Jeanean recalls the boys were “smoking and swearing,” and at first she wanted to take her daughter and go home.

“I didn’t want to have to put on my mom voice and exchange words with you,” wrote Jeanean later in an open letter to one of the boys. “[But] I also didn’t want my daughter to feel like she had to be scared of anyone, or that she wasn’t entitled to that skate park as much as you were.” So Jeanean encouraged Peyton to get out there.

At first, boys zoomed by her, grinding on the rails as they went, but then one stopped and walked straight up to her.

Jeanean was ready to go full mama-bear when she heard the teenager say, “Hey, excuse me… Your feet are wrong. Can I help you?” 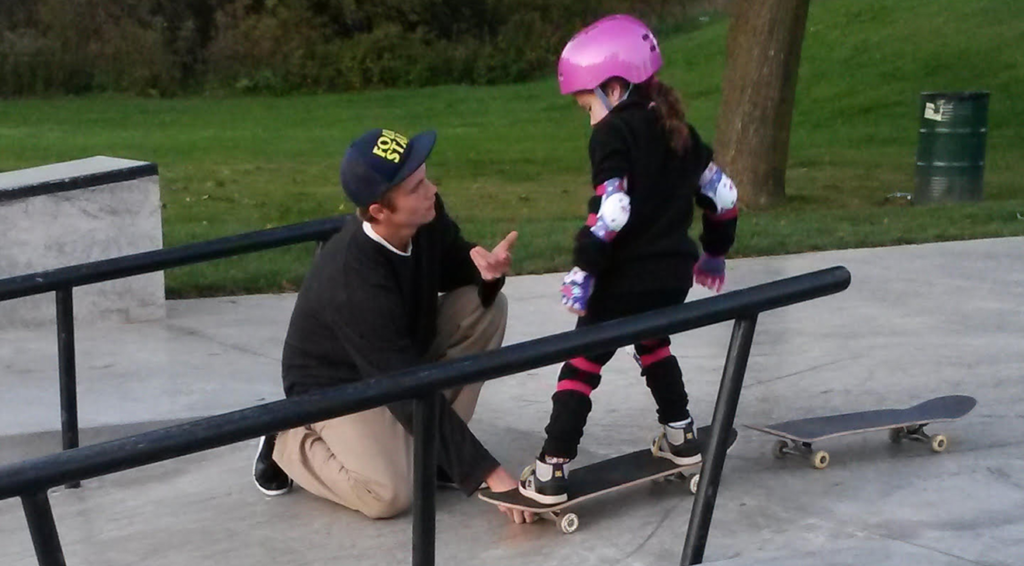 “You proceeded to spend almost an hour with my daughter, showing her how to balance and steer. You held her hand and helped her get up when she fell down,” wrote Jeanean in her letter. “I want you to know that I am proud that you are part of my community, and I want to thank you for being kind to my daughter, even though your friends made fun of you for it. She left with a sense of pride and with the confidence that she can do anything, because of you.”

Now that is character!