Educators give so much of themselves to make life better for their students. Dr. David Harnish is no different. When he became the superintendent for Martin Public Schools in Michigan in 2014, he immediately started making improvements in the district.

Over the next couple years, he stayed busy. He juggled his job as superintendent with being the high school and junior high principal. And he implemented plenty of changes, including restoring a woodworking teacher’s full-time status after his hours were cut to save money. But perhaps the most memorable achievement of his career had to do with paint. 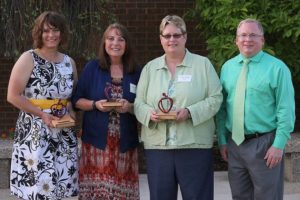 To say David cares deeply about his students is an understatement. So when the school year ended in 2018, he’d earned the opportunity to relax. Instead, he spent his summer giving back.

A bond passed that year that gave Martin High School $18 million for upgrades, which the school planned to use on a new auditorium and gym. The building was also in dire need of a new paint job, but David didn’t want to spend $150,000 to hire professionals when the money could be put to better use. So he came up with a better idea: He’d do it himself! 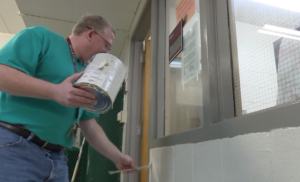 Throughout the summer, David put in 90-hour work weeks, giving each room a fresh coat of paint. It was a monumental task, but he was committed to seeing it through. Thankfully, he had help from Martin High graduates and older students looking for summer jobs. 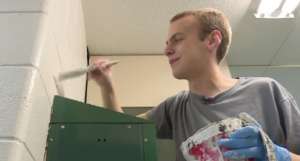 The money the project saved was enough to set up solar-powered energy in every building in the school district!

“Dr. Harnish brought life back to the community,” said Vince Tuinstra, vice president of the school board. “David has been a visionary.” 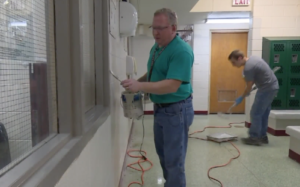 David retired this year after many years of hard work. And while his colleagues were sad to see him go, they’re happy that he’ll finally be able to focus on himself. Happy retirement, David! You’ve earned it!

Learn more about David’s summer project in the video below, and don’t forget to share.

This West Michigan school superintendent spent long hours over the summer painting the halls of his school to save $150,000. "That (money) would have taken away from our kids or the potential for us to take care of our staff." Full story here: http://via.wxmi.com/ACHdP