Ever since he was born, Chace Elijah Selby, hasn’t had it easy.

Chace has a congenital heart defect and spent his first 5 months of life in a hospital. He’s undergone 2 open heart surgeries and uses a feeding tube. And– through it all– his dad, Robert, has been by his side. 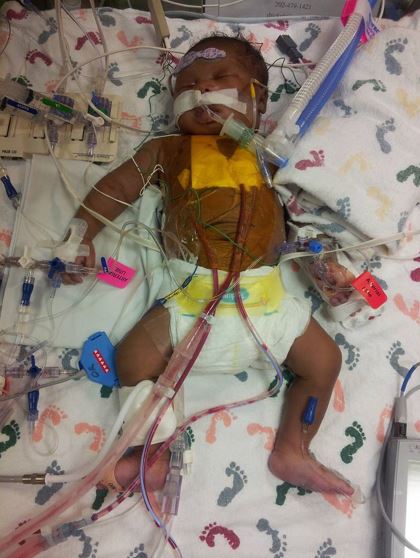 Even though Chace hasn’t had the most normal life, he’s still pretty typical when it comes to one thing: wanting to be just like his dad.

In the photo below, Robert and Chace take the cutest selfie together, showing off their “abs” in the mirror. But Chace’s attempt at mimicking Robert’s pose isn’t the only sweet thing about the photo. The best part is, Robert has glued one of Chace’s G-tubes onto his own stomach, showing Chace he’s never alone in his fight. 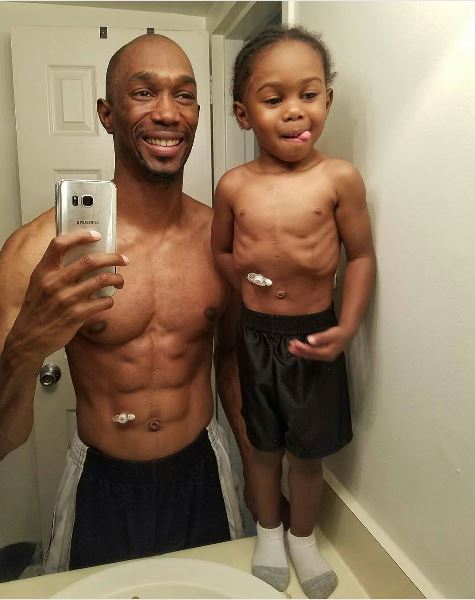 Robert had this to say about the sweet photo:

My son is sucking in his stomach, trying to show off his abs like his daddy but all you see are his little ribs. I just cut and glued one of his G-tube on me to show support for him. He has a congenital heart defect and he uses a feeding tube. But as long as I’m breathing he’ll never be in a fight alone.

What an amazing father!