Most dog owners are able to interpret their pup’s wants and needs non-verbally, but what if dogs could actually tell you what they’re thinking?

Christina Hunger spends her days working as a speech pathologist for children who are 1 and 2 years old. She’s fascinated by the mechanisms behind language and communication, so when she adopted a Catahoula/blue heeler mix named Stella, she decided right away to put her skills to work at home as well as the office. 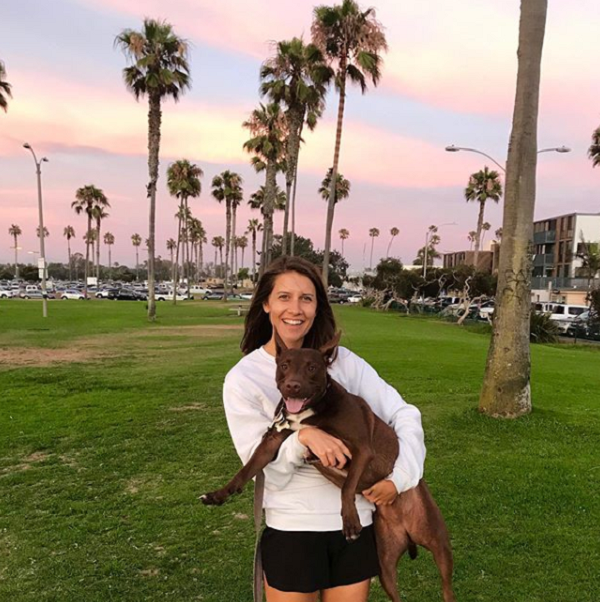 When working with children, Christina uses adaptive devices to help them communicate. When Stella was just 8 weeks old Christina took a similar tact with the puppy, creating a custom soundboard that lets Stella push certain buttons to “speak” the words associated with them. Now 18-months old, Stella knows at least 29 words and can even combine up to five words to make a sentence or phrase.

“The way she uses words to communicate and the words she’s combining is really similar to a 2-year-old child,” Christina explained.  Whenever Stella wants to talk to her owner she simply goes to her board and steps on the buttons that convey her thoughts. 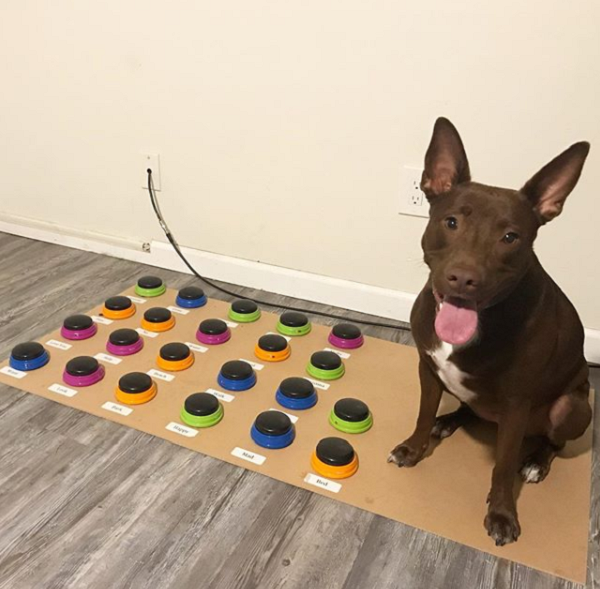 Christina started documenting Stella’s progress on her blog and on Instagram, and the videos she uploads are incredibly compelling. In one post, Christina detailed how Stella was pacing by the door, presumably wanting to go outside. Instead of tapping on that word, though, she let Christina know she was actually awaiting the arrival of Jake, Christina’s boyfriend. She did this by touching “Want,” “Jake,” and “Come” in a 3-word sentence similar to the kind a toddler might use. When Jake came home Stella tapped out “Happy!”

“I’m in constant amazement and shock,” Christina said. “Every day she says something cooler than she said the day before.”

Christina hopes that her research with Stella will open up a whole new level of love and understanding with our canine companions. Stella loves being more understood by her humans, using certain words (like “Walk,” of course!) repeatedly and even changing her “tone” when she gets excited about something. When she learns a word she really likes she “says” it a lot!

“She loves saying ‘beach.’ She was so happy and still says it very often,” said Stella’s proud owner. “I think how important dogs are to their humans,” she said. “I just imagine how much deeper the bond will be.” 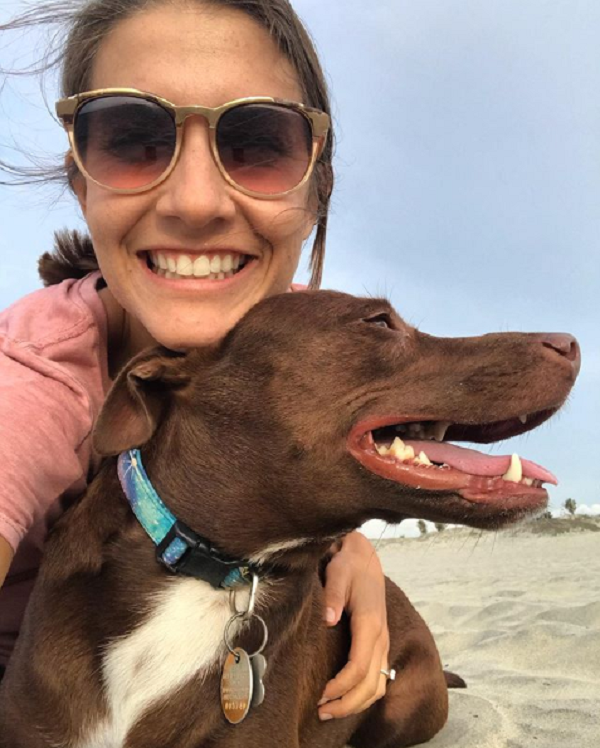 What an exciting development in animal research! We’ve always known that dogs are brilliant in their own way, but now that we might be able to deepen our understanding of how their brains work it’s clear that they’re even more incredible animals than we could’ve imagined. We can’t wait to see where Christina’s research takes this project next.

Watch the videos below (swipe to see all three) to see Stella in action, and don’t forget to share.

Hello there everyone!! ? Welcome to the Hunger for Words community! I’m THRILLED you’re here! I feel completely honored by this outpouring of enthusiasm and inspiration ✨✨ Here is a fun Stella series to kick off this new chapter! • Jake and I were discussing taking Stella to Petco. She was certainly listening…! • Video 1: Stella said “Goodbye outside.” This is the third time in the past few weeks that Stella has combined “good” and “bye” to say “Goodbye” instead of just “bye”! • Video 2: Jake said he wanted to hang our spice racks first, started the project, and Stella told him, “Later Jake” ?? (Translation: Do that later, I want to go!) • Video 3: Stella came full circle with her message and told us she was REALLY ready to leave by saying, “Bye bye bye good bye!” (Looks like we have ourselves a little @nsync fan ?) • I hope you all have a great day!