For years, Vince Villano was a regular at the Starbucks in DuPoint, Washington.

Nicole McNeil was the cheery barista who often served Vince his morning cup of ambition. For years she knew him only as “Trenta Vanilla Sweet Cream Cold Brew, full pumps,” but one day Nicole noticed that her customer looked glum. After her shift, she sat down with him and asked him what was up. 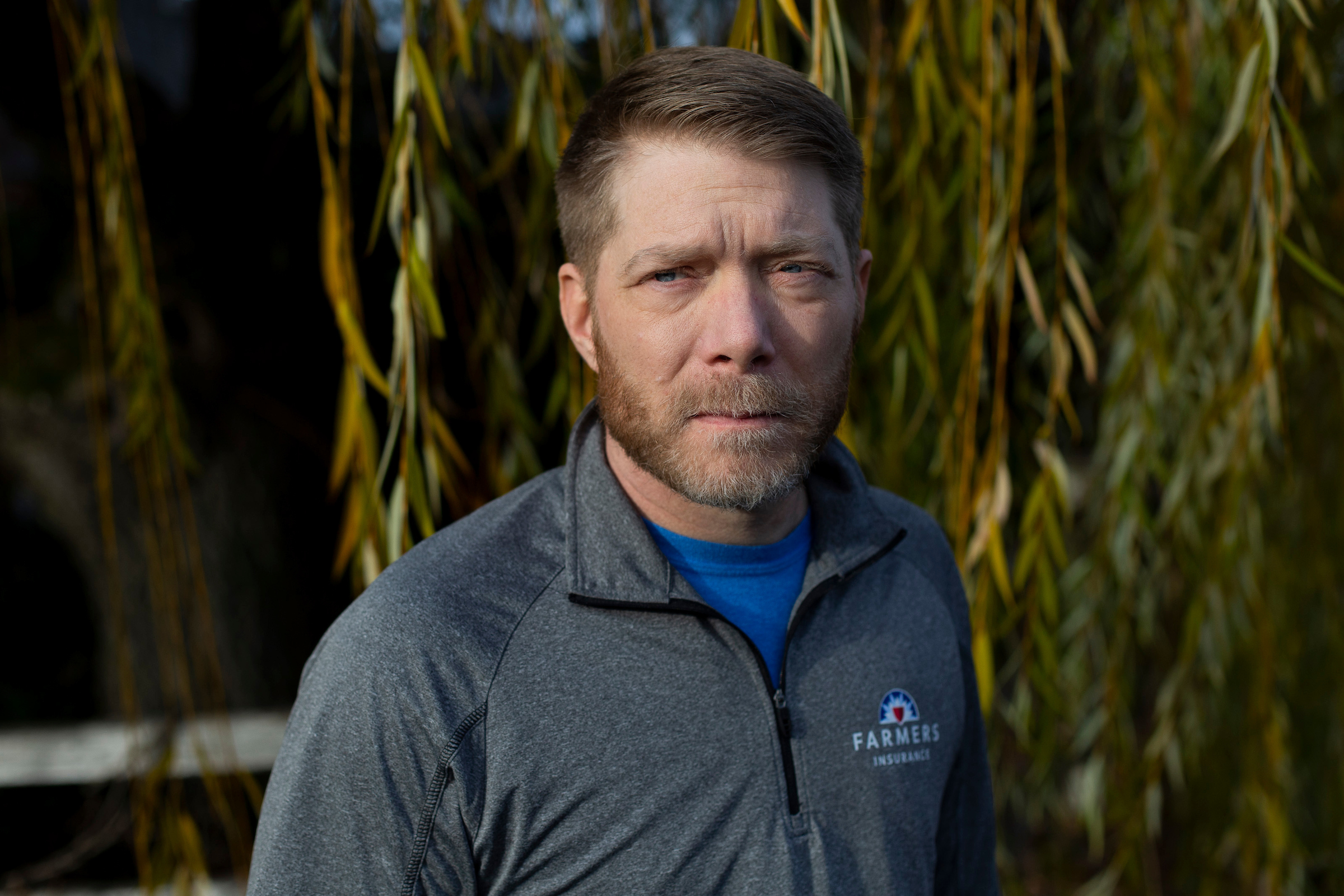 “He walked in and just looked particularly sad,” said Nicole, “and I was just like, ‘What’s, ya know, what’s goin’ on Vince?'” 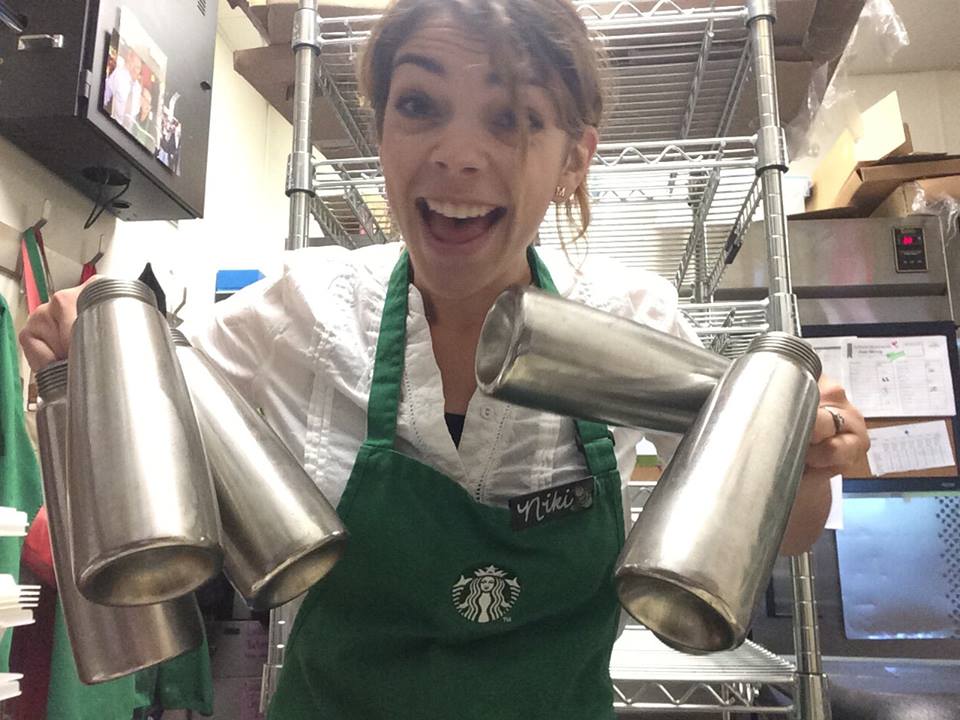 She soon found that Vince is an Army veteran sergeant, just like her husband, Justin McNeil. Vince had served eight years as an emergency medical technician. About 11 years ago Vince found out he has  Polycystic Kidney Disease, but he’d been keeping the disease at bay until just recently. Now, his kidneys were being destroyed every single day, and he’d been forced to begin dialysis treatments.

Though he was on the kidney transplant list he knew that the chances of him receiving a donated organ were slim. His mind had turned to his two children, Kanton and Savanna, who still needed him in their lives at ages 18 and 20.

When Nicole went home that night, she told Justin about her conversation with Vince. 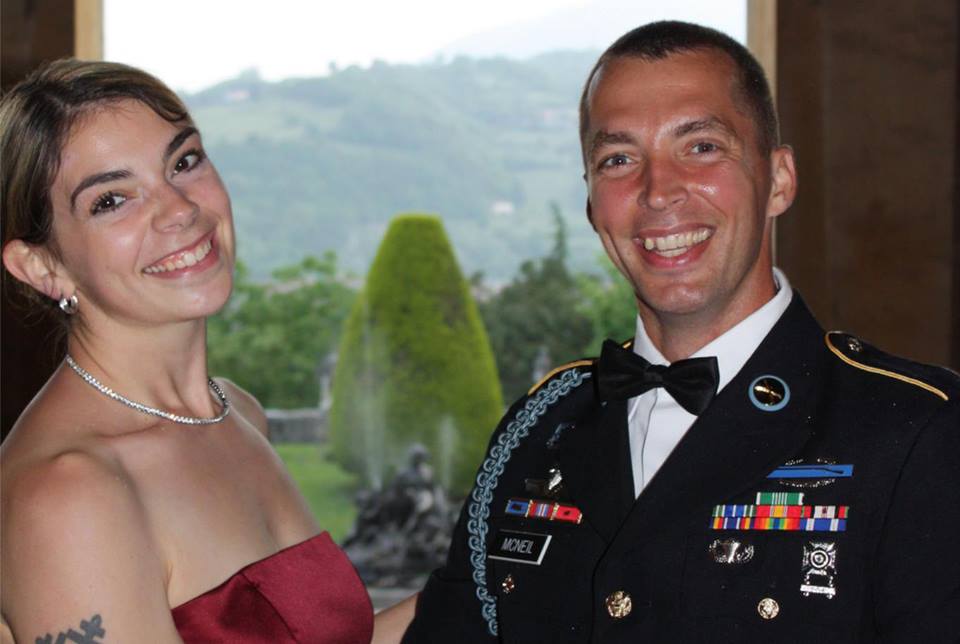 To her surprise, Justin responded to the story of the veteran whose kidneys were failing with an incredible offer. “I have a kidney,” Justin said instantly. “He can have mine.”

While Nicole was shocked that he’d offer up a vital organ so quickly to a man he’d never met, after having some time to ponder his reaction she realized it was in keeping with his personality. “He cares about people almost more than any anybody I’ve ever met,” Nicole said. “He’s the kindest person I’ve ever met. So, when he said, ‘I’ll give my kidney,’ it seemed like, ‘OK, sure. Yeah, you will.’” 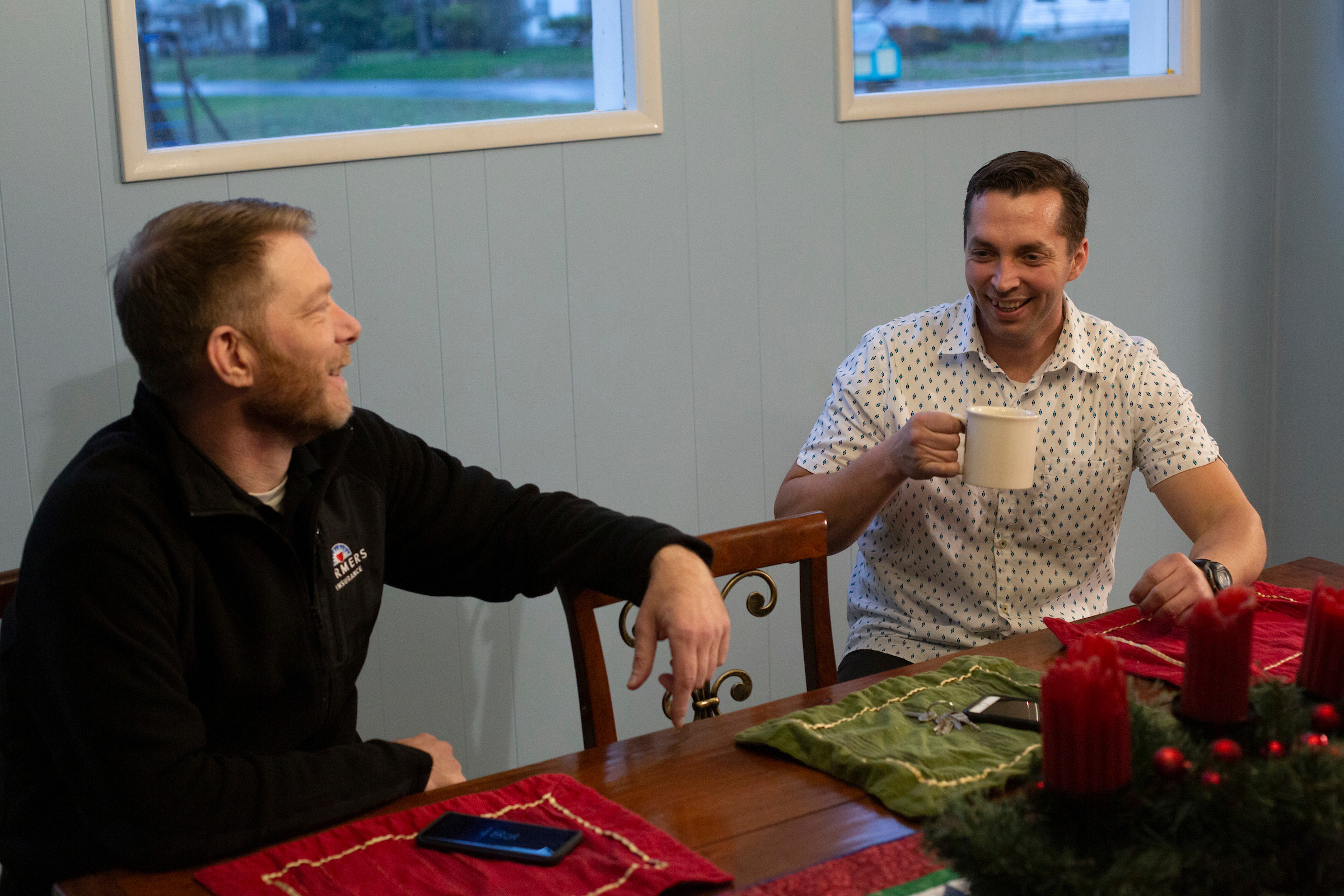 The McNeils started hanging out with Vince and his family, and the two men instantly bonded.

“It’s like brothers,” Justin said. After getting to know each other for a few months, Justin couldn’t bear to watch his new friend get sicker and sicker before his very eyes. He had genetic testing done to see if he was a match, and when the results came back the entire family was left speechless.

Not only was Justin a match, but the doctors said they were as close a match as possible without being biologically related. It seems that this pairing was meant to be. 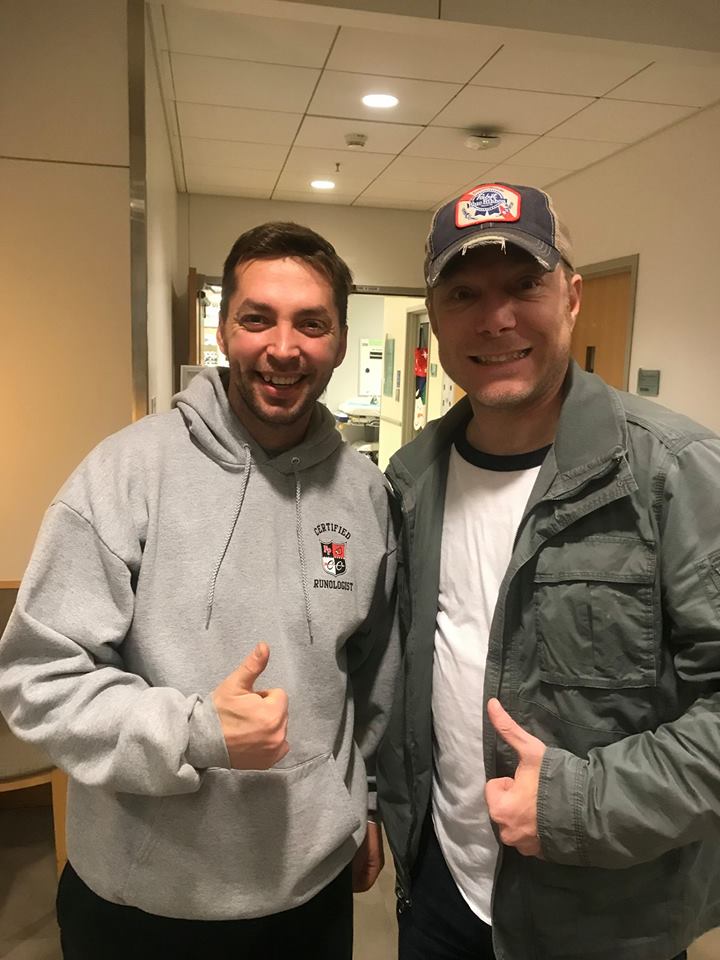 The families spent Christmas day together, and the very next day Vince and Justin checked into the hospital to have the transplant operation. Both men made it through surgery with flying colors, and ultrasound reveals that Vince’s new kidney is functioning well.

Doctors say that Justin’s incredible gift will buy Vince another 20 years of life. 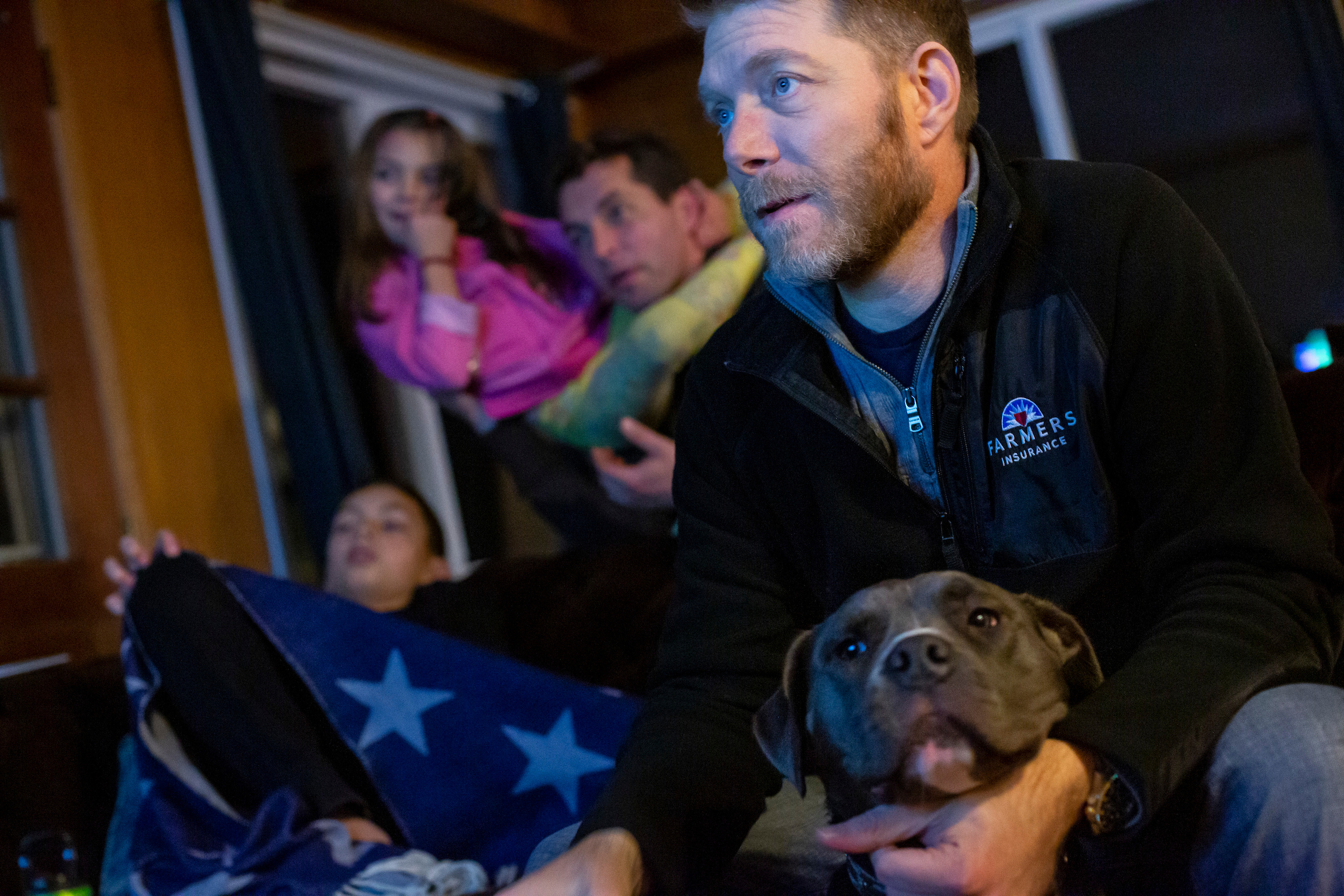 None of this would have happened if Nicole hadn’t taken a few moments to listen to a relative stranger that day at Starbucks. What would happen if we all spent more time listening to others? What other connections and bonds could we form if we simply remembered to reach out like Nicole did?

Congratulations on your new lease on life, Vince; and thank you, Justin for giving Vince a second shot at life. Please share this story.