That’s the tagline for a brand new “Star Wars” inspired motion picture produced by Chicago theater troupe “The EDGE of Orion.” There’s one aspect of this theater company that truly sets them apart from the others — they are committed to featuring differently-abled actors alongside traditional actors. Now, EDGE has teamed up with the charitable organization UPS For DownS to take that concept to galaxy far, far away. 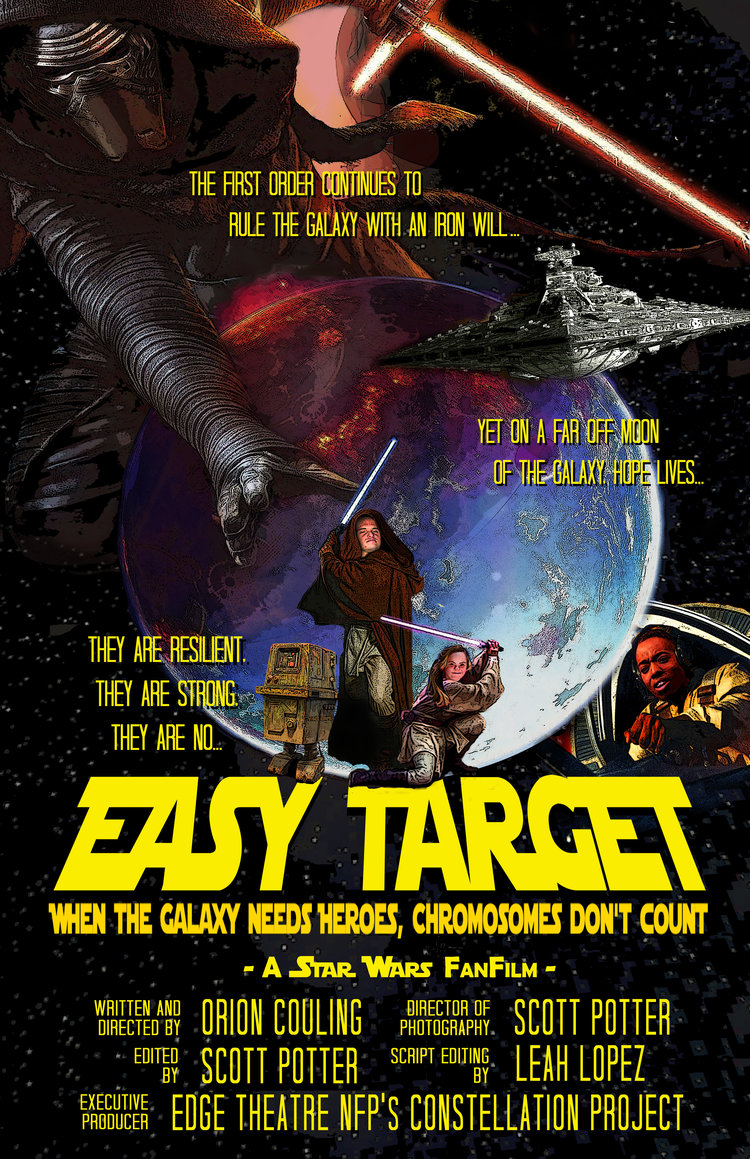 “Easy Target” is a full length feature film that casts dozens of people with Down syndrome in leading and supporting roles. Producers describe it as, “a film that asks us not to just reach for the farthest boundaries of the galaxy but more importantly to expand the boundaries of the human heart.”

UPS for DownS is a Chicago-area nonprofit volunteer organization that provides support, information, and community opportunities for people with Down syndrome and their families. By teaming up with EDGE, they’re attempting to make theater more inclusive than ever before. 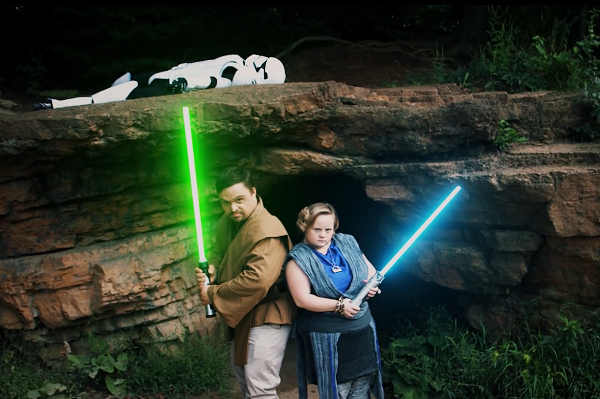 For the past 10 years, EDGE has been bringing musical theater and stage fighting to young people with Down syndrome, so creating a feature-length movie seemed like the next logical step for the troupe. “We believe that ‘Star Wars’ is the perfect universe to build our first short film in after spending a decade working with differently abled actors,” the EDGE producers explained. 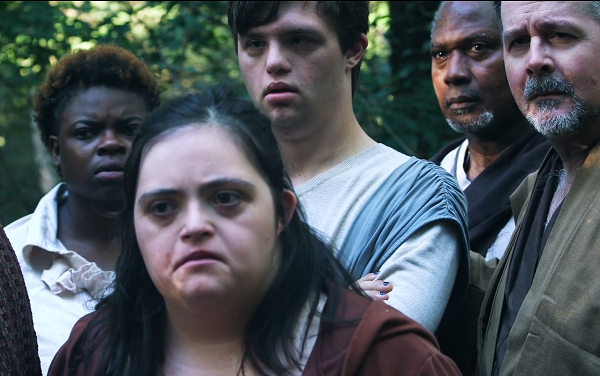 “People who are differently-abled are often pushed to the outskirts of society.  At EDGE of Orion’s Constellation Project, we fight that by creating an all-inclusive community around art. By casting projects highlighting people who are differently-abled with their peers who are typically functioning side by side, sharing equal status, we reflect the world we want to live in.” 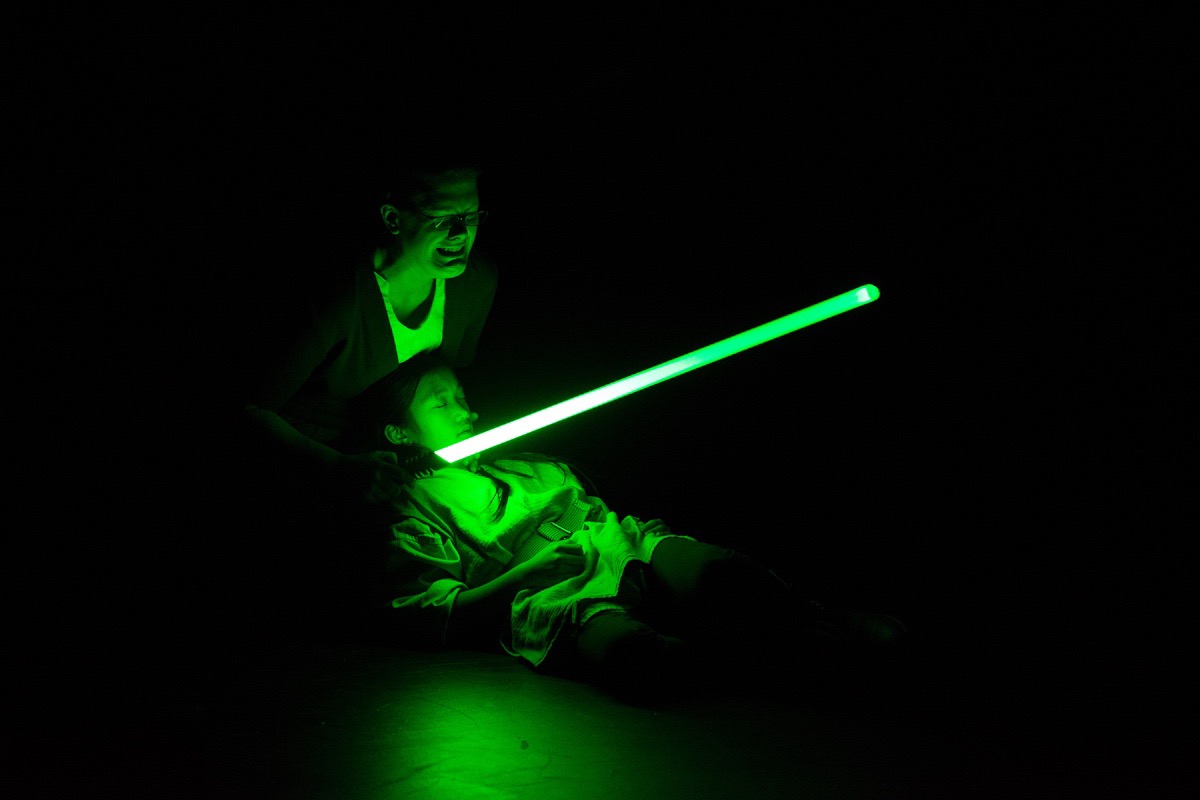 The EDGE program aims to use theater to bridge the social gap and provide people with Down syndrome the opportunity to gain acting and production experience. Now, they’re giving them the chance to learn what it’s like to be a member of a motion picture. They chose “Star Wars” for many reasons, most notably: 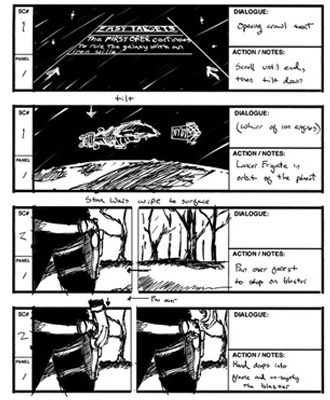 Using crowd funding site GoFundMe, EDGE and UPs for DownS has raised a good portion of their production costs already, but they’re hoping to spread the word and encourage more people to “join the Inclusion Revolution” to get the funding they require to finish the film.

In the meantime, you can watch the excellent trailer, below — and don’t forget to share to spread this message further!

THE TRAILER IS HERE!! GOOD GOSH ITS AMAZING! We are 3500.00 short of our production goals. If you can donate, please do. If you can't, spread the word!When the galaxy needs heroes, chromosomes don't count. We believe that Star Wars is the perfect universe to build our first short film in after spending a decade working with differently abled actors. This teaser is just a glimpse of what is to come in Easy Target: A Star Wars Fan Film. To learn more about this project and to contribute to the production of the film, visit http://bit.ly/StarWarsEasyTarget5800 of you have watched our trailer! Even if you all donated a dollar we'd hit our goal and start saving for next year's film! Please consider?