With so much human tragedy in Houston following Hurricane Harvey, it’s easy to forget about the pets that were left behind.

Luckily, Houston-based rescue group Operation Pets Alive is devoted to finding them new homes. In the lead-up to and aftermath of Harvey, the workers took hundreds of animals out of shelters in and around Houston and placed them in emergency ones. Meanwhile, another rescue organization out of California, the Helen Woodward Animal Shelter, arranged for their transportation to its facility in San Diego. But it’s how exactly the pets arrived there that has the internet cheering.

Back in 2012, Southwest Airlines partnered with the rescue group after Superstorm Sandy, evacuating homeless pets by flight. The shelter got in touch to ask for help once more, and, of course, the airline agreed! 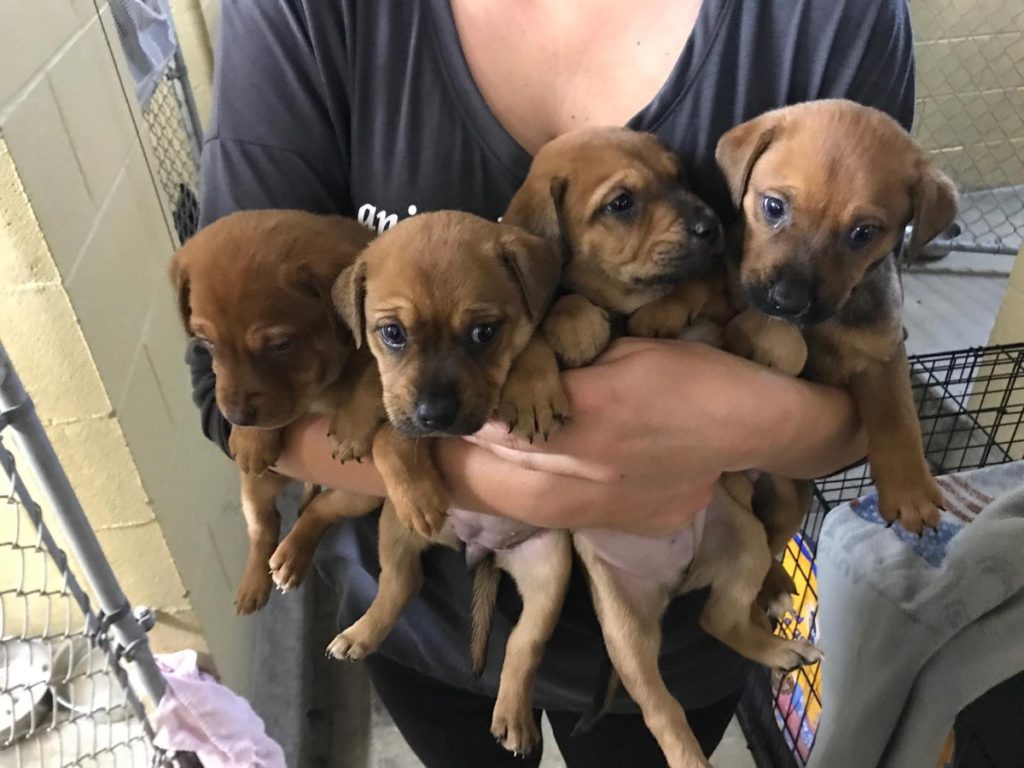 On Tuesday, dozens of cats and dogs who were displaced by Hurricane Harvey flew from Austin, Texas, to San Diego. The 27 dogs and 37 cats were taken out of shelters in and around Houston to make way for other animals that are still being rescued after the historic storm. 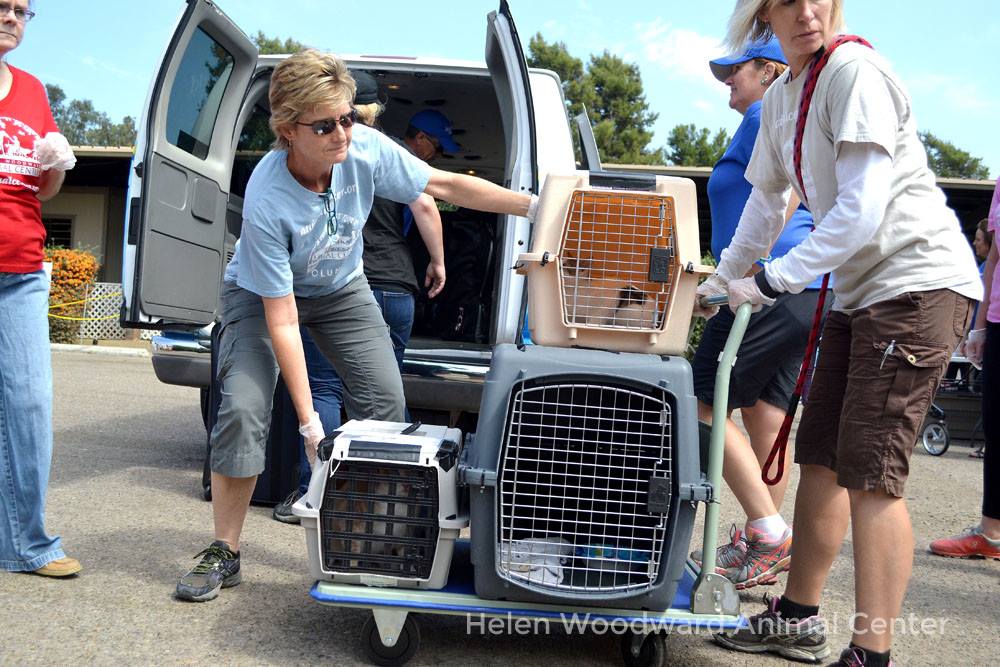 It was fortuitous timing since Southwest is in the process of retiring all of its Boeing 737-300 Classics to make way for a new and upgraded fleet. These furry refugees flew on this jet’s final flight before it was officially retired. 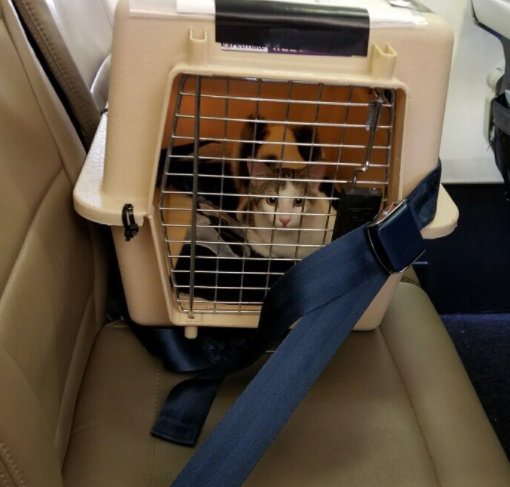 The pets were clearly a handful for the crew to deal with (not). 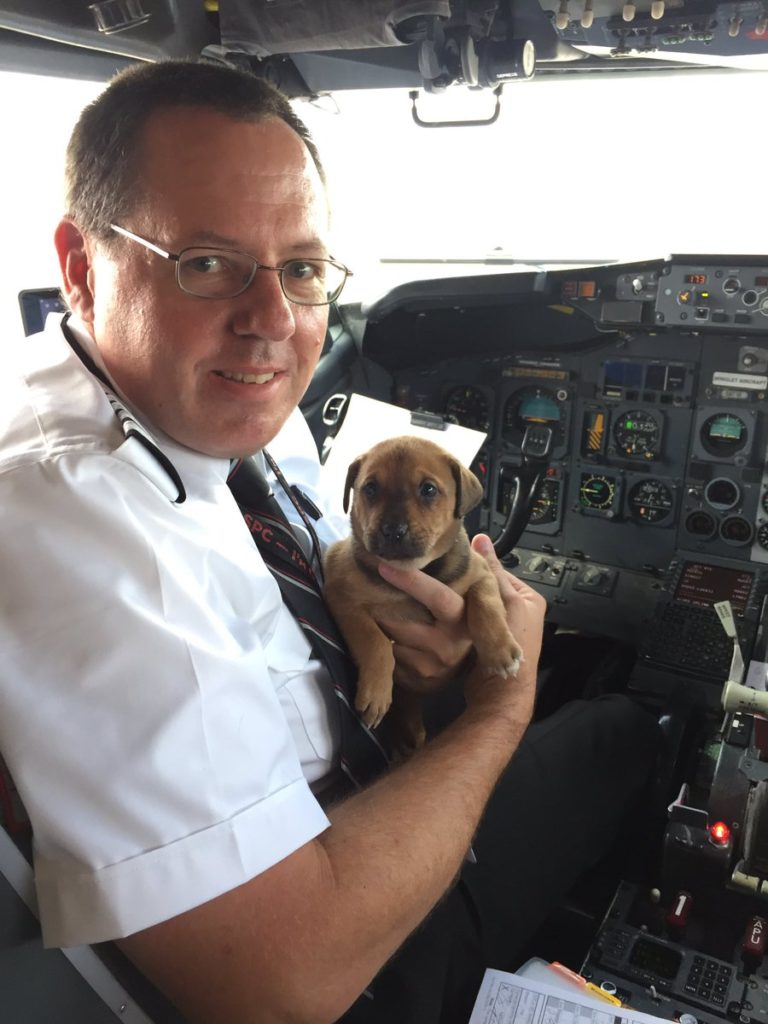 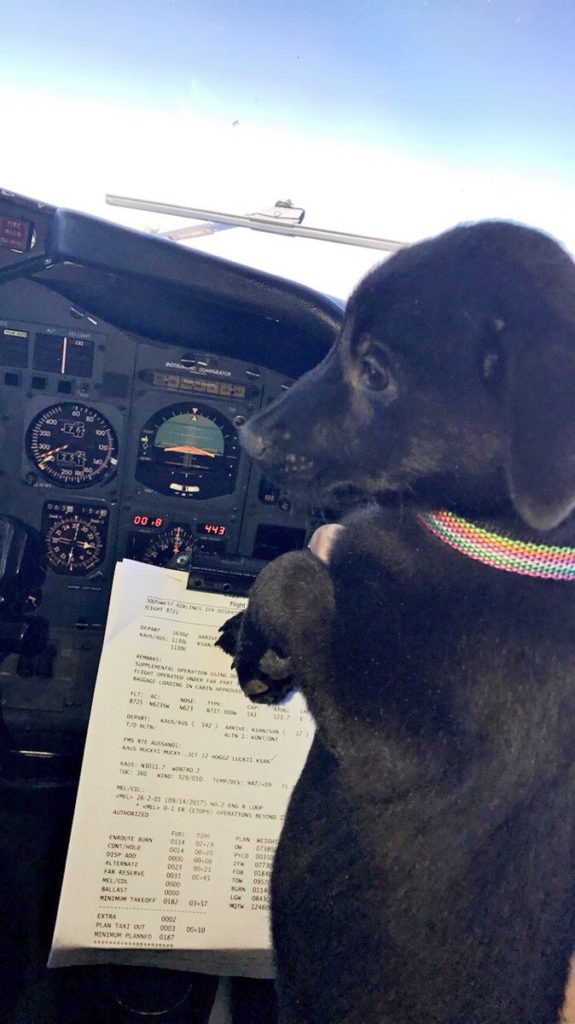 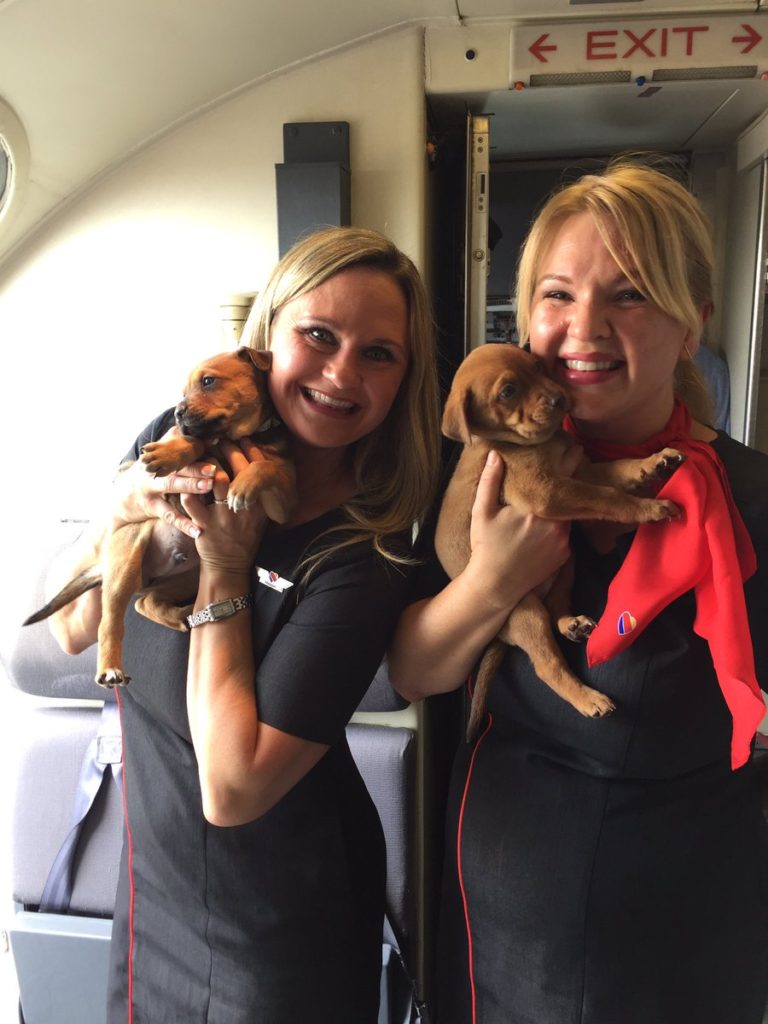 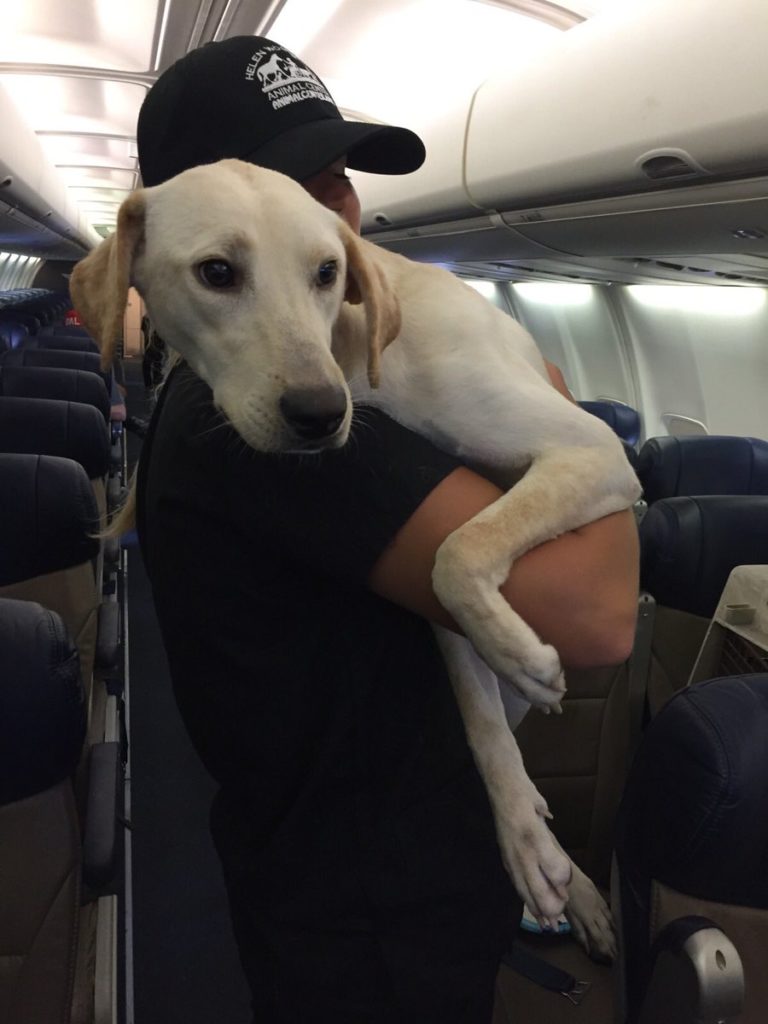 When the plane landed, dozens of volunteers came out to greet their newest arrivals and take them from the airport to their new shelter. Talk about a busy day of travel!

Workers on the tarmac even stopped to say hello to the adorable pets. 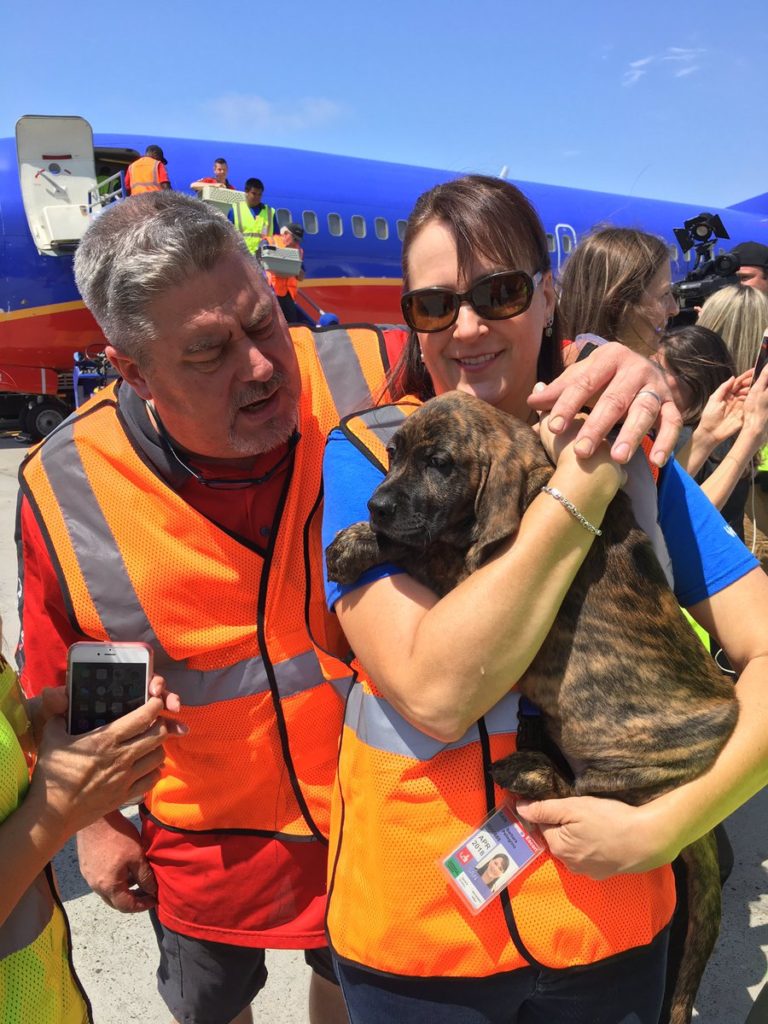 The atmosphere was nothing short of festive, complete with bright smiles and a welcome banner! 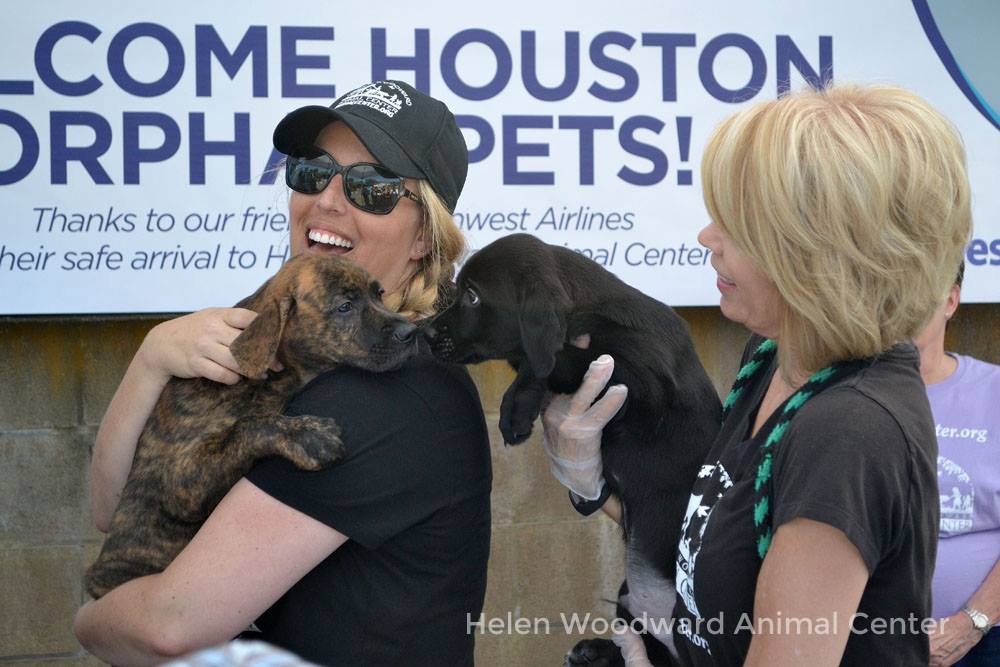 And that jet? It finally got to retire and has since joined the dozens of other 737-300s at Victorville’s Southern California Logistics Airport in Victorville. 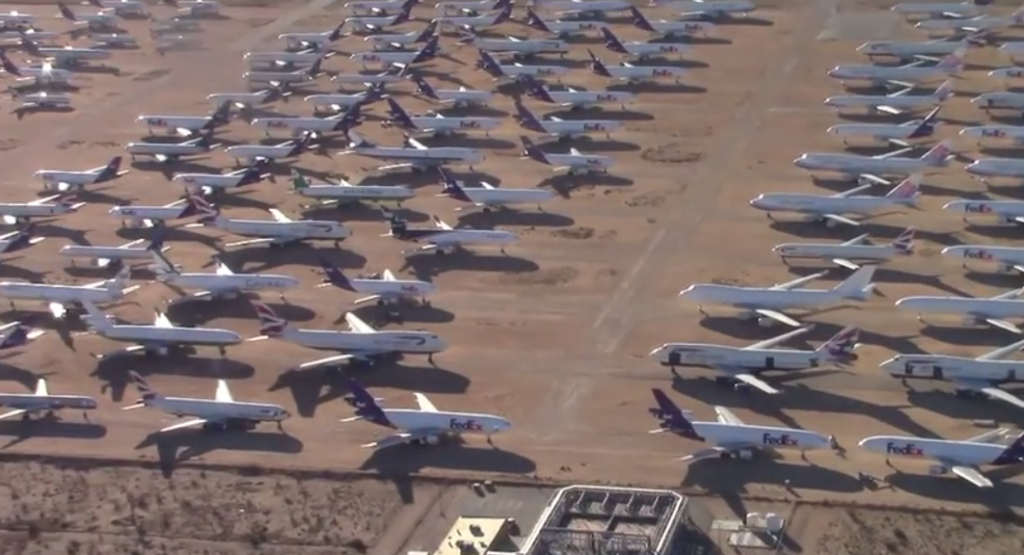 Thanks to the amazing collaboration between two shelters and a massive airline, some of the pets have already found foster homes! 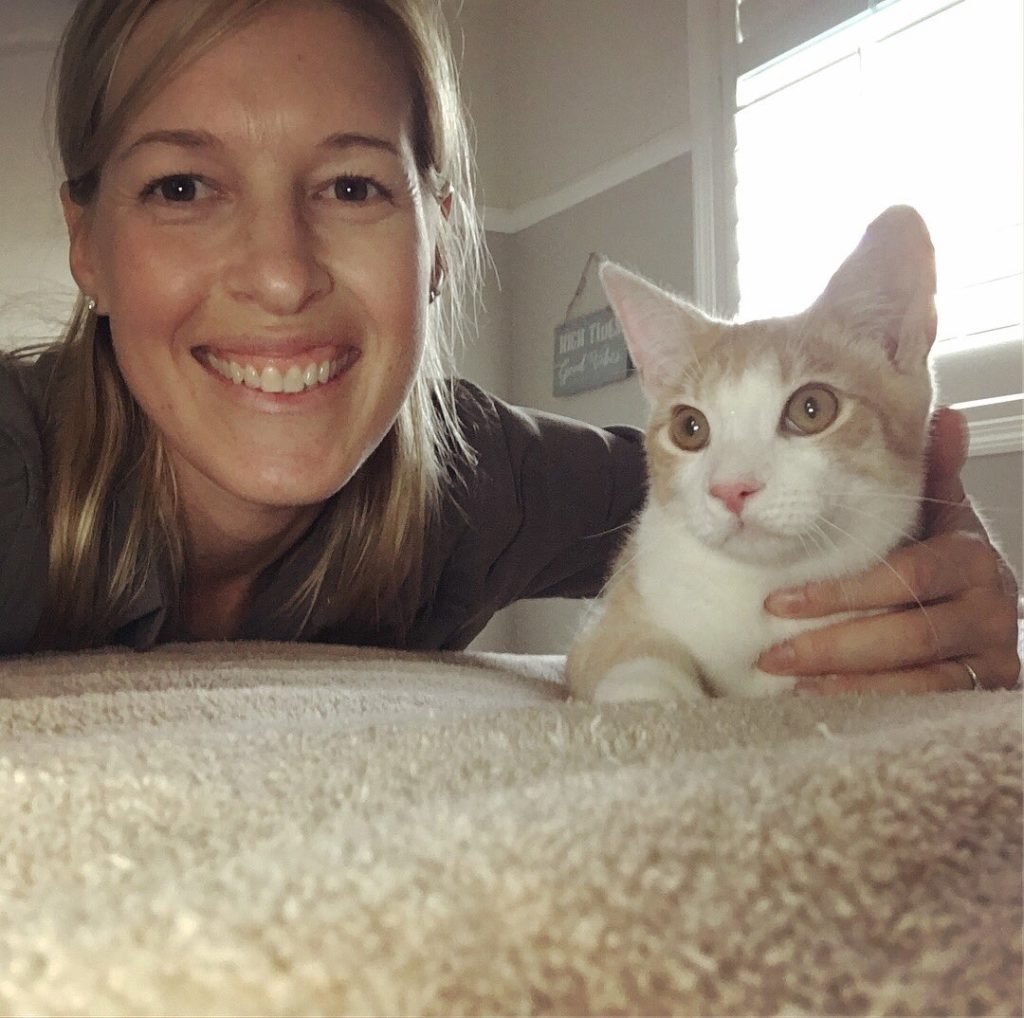 Watch the video below to hear more about this rescue effort. Share to spread smiles today!

They're looking for a new home so far from home. The Helen Woodward Animal Center teamed with SeaWorld, Southwest Airlines, Operation Pets Alive, and Best Friends Total Pet Care to transfer 27 dogs and 37 cats from Houston, Texas to San Diego to make room for the dogs and cats that were lost or left homeless after Hurricane Harvey. These animals were already in shelters or foster care BEFORE the hurricane hit Texas. Their transfer will give families a chance to find the pets they lost when Harvey forced them to evacuate. I was very proud to file this story with photojournalist Adam Hillberry for 10News. Now… go adopt a pet.