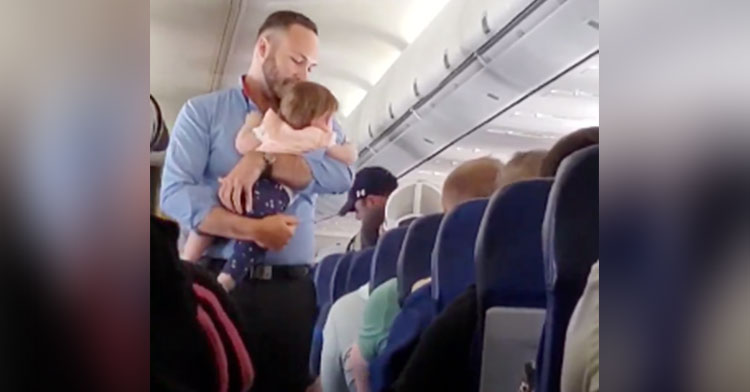 Nobody wants to be that parent with a screaming child on a plane. It’s stressful enough trying to calm a baby down in a cramped cabin without all the glares from fellow passengers who’d rather complain than lend a hand.

Unfortunately for mom-of-three Ashley Dowell and her husband William, that’s exactly the way things started panning out when they took their 9-month-old daughter, Alayna, on her first flight. 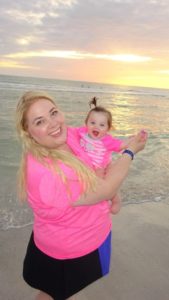 The parents from Rockford, Illinois, definitely had their hands full when they recently flew to Disney World with Alayna and their two young sons. It wasn’t long after they boarded the Southwest Airlines flight that the little girl began crying and screaming. 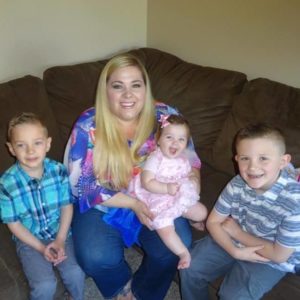 Ashley and William grew more and more flustered as they juggled trying to find seats for everyone, storing their luggage, and soothing their daughter. Though they felt everyone’s eyes on them, nobody offered to help… until an angel of a man stepped in.

Southwest flight attendant Wesley Hunt noticed the family struggling and asked if he could hold Alayna while they got situated. Then, after the plane took off, he offered to take care of the baby again, rubbing her back and comforting her. 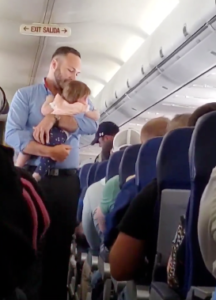 “After Alayna was screaming her head off for a while, he came by during the flight and took her up and down the aisle, gently shushing her and trying to calm her down,” Ashley said. Wesley did this for 15 minutes until Alayna finally quieted down. 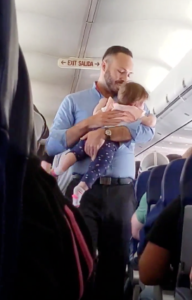 While it was a small gesture, it meant everything to the Dowells. Ashley was so touched by Wesley’s kindness she shared a video of the interaction on Facebook, expressing her gratitude. She says she and William “were so impressed and thankful for him going above and beyond of what is expected of him.” 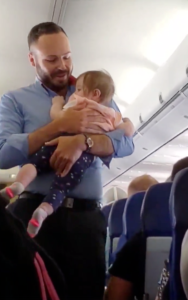 As if we didn’t have enough reasons to love Southwest Airlines employees. It just goes to show that we can all solve problems much faster with a little compassion and understanding.

Check out the adorable footage of Wesley and Alayna below. Share to encourage others to follow this sweet man’s example!

"It was a very busy flight and even though we boarded with the family, we were in the last row of the plane. It was the…