Poet William Congreve once wrote, “Music hath charms to soothe a savage beast,” a sentiment that was as true 200 years ago as it is today.

While Malinda Herman of Bangkok, Thailand, doesn’t own any savage beasts, she is a proud pet parent to several dogs and one very talkative cat. Malinda is a singer who performs covers of famous songs on her popular YouTube channel, often accompanied by her furry friends. 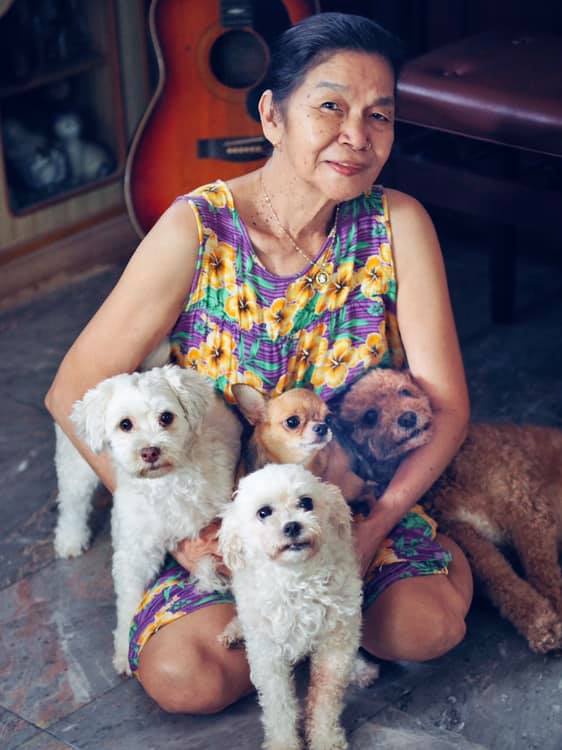 At 70 years old, you wouldn’t think of Malinda as your typical YouTube star. She landed in the viral zone of the Internet a few years ago when one of her videos took off. With her background, it’s not hard to understand why it did. She’s got a gorgeous, effortless voice, and she’s been playing guitar since she was 13 years old.

These days she’s more comfortable performing in her home than on stage, so Malinda often sets up a camera and records herself singing. In her recent cover of Lobo’s “I’d Love You To Want Me,” Malinda was joined by her tiny Chihuahua, and her followers loved it. 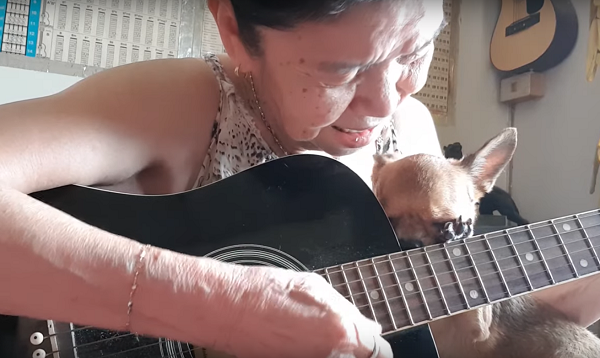 As is often the case when animals are involved, Malinda’s Chihuahua quickly steals the show. As Malinda sings, gently strumming the guitar, the little dog cuddles right up to the neck of the instrument and proceeds to doze off.

The only thing that could possibly rouse him from his state of deep relaxation: Malinda’s vocal cat! Every time the dog starts to nap, the cat cuts through the peacefulness with a startling meow. The dog’s eyes fly open long enough to figure out what’s going on (just that darn cat again) and then flutter shut.

As the song draws to an end, the Chihuahua gives his own version of a finale: a jaw-cracking yawn. 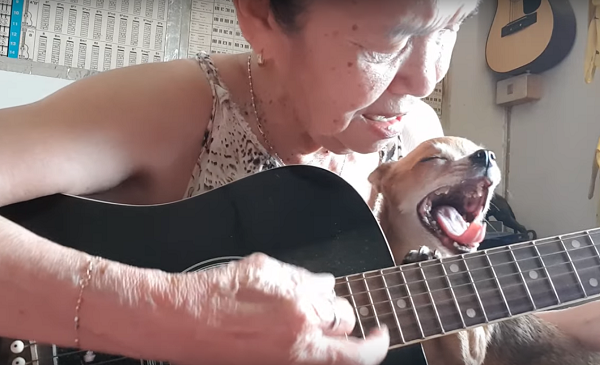 Ever the professional, Malinda carries on with the song despite the sleepy dog in her lap, although you can tell she’s trying not to laugh at one point. We’d be laughing too if we were in her shoes! This tired doggy is no doubt his mom’s biggest fan, yet he can barely keep his eyes open!

Watch the dog getting sleepier by the second in Malinda’s video below, and don’t forget to share.