For the past forty years, Dr. Carey Andrew-Jaja has been delivering babies at UPMC Magee-Womens Hospital in Pittsburgh, Pennsylvania.

Over 8,000 babies have taken their first breath in his hands, and Dr. Andrew-Jaja has become famous for the very special way that he welcomes each of these new souls into the world. Taking a cue from a past mentor in OB/GYN department, Dr. Andrew-Jaja sings to each baby he meets. 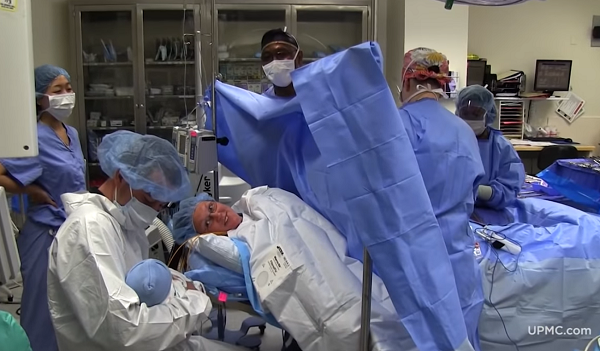 Dubbed “The Singing Doctor,” Dr. Andrew-Jaja begins his serenade the moment a new baby makes his or her entrance. Naturally, he and the other attendants start the child off by singing “Happy Birthday” for the very first time. Later, when mom and baby are settling into their room and getting to know one another, Dr. Andrew-Jaja appears again with his radiant smile and palpable kindness.

This time, the good doctor sings each new infant the classic Louis Armstrong song, “What A Wonderful World.” 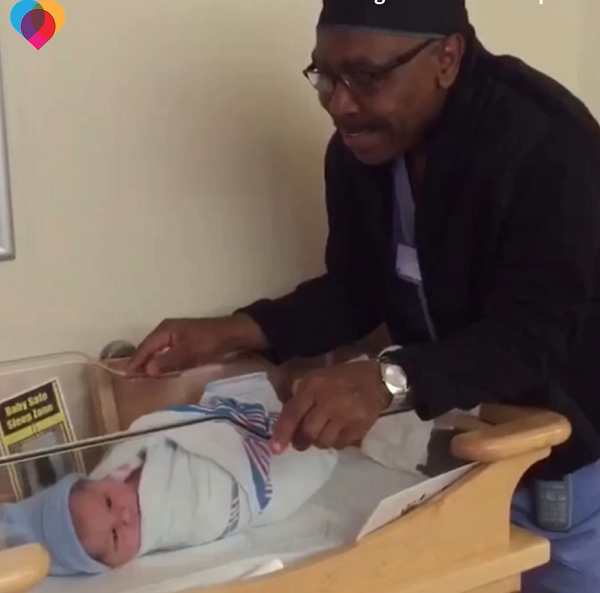 “To me, it’s a wonderful thing in my hand, the miracle of life,” Dr. Andrew-Jaja explained. “And the rest of is that it’s a beautiful world we live in. We forget about all the crisis going on everywhere for a moment when you see that miracle of life in front of you.”

Dr. Andrew-Jaja began his tradition of singing to the infants back when he was a resident. “There was a gentleman, an older obstetrician-gynecologist on staff and he loved to sing. And later on when he was about to retire, he asked me, ‘Andy, do you sing to your babies?’ And I said, ‘Well, no. It’s your stuff,'” Dr. Andrew-Jaja explained. “And he said, ‘Go ahead, do it.’ So, I took it over.” 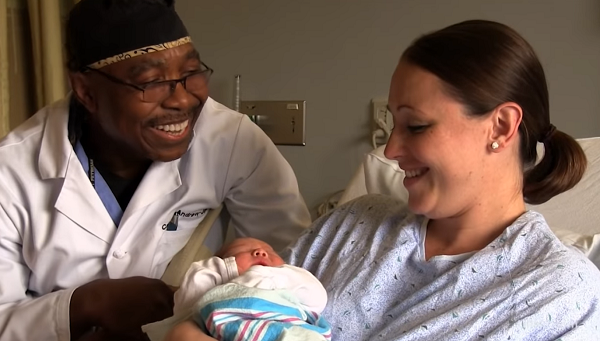 “He passed on the baton to me,” he continued. “And I took it over and I started to sing to my babies ever since then and I do it every time.”

Four decades later, Dr. Andrew-Jaja is finally hanging up his surgical scrubs and retiring. As he sang his final lullaby to an infant named Luella, the doctor said every baby he meets is incredibly special and memorable for him. “Each of them is an individual. You know, I’ve delivered thousands and thousands of babies,” he said. “When I’m singing to those babies, I think I’m singing to a future important person. That’s the credit I give to all of them.” 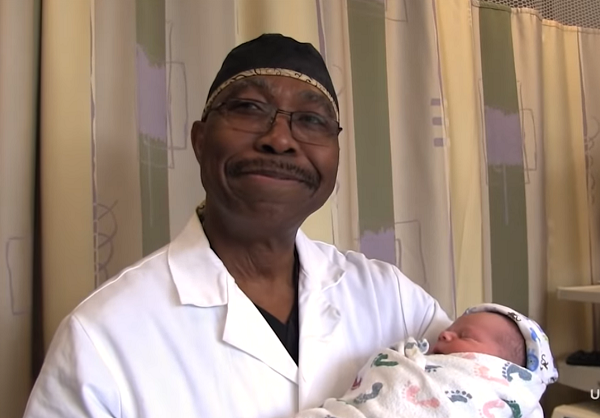 Dr. Andrew-Jaja retired at the end of June 2019, but his legacy will live on long past his career. Councilman Corey O’Connor has declared May 16th  “Dr. Carey Andrew-Jaja Day” in honor of everyone’s favorite singing doctor.

Watch Dr. Andrew-Jaja in action in the video below, and don’t forget to share this sweet story.

This beloved doctor has delivered 8,000 babies over his 40-year career – and he sings a lullaby to every single one of them. Now that he's retiring, "The Singing Doctor" is being honored in a special way ❤️️ https://cbsn.ws/2FKVktD