Before Ali Kiman of Scott Depot, West Virgina, met her future husband, Mitch, the most important man in her life was her beloved father.

And, of course, he’s still right up there with Mitch. After all, he was the first man to love, hold, and care for his little girl. And though Ali’s wedding was surely bittersweet for her dad, he strengthened their bond even more that day with the most beautiful affirmation. 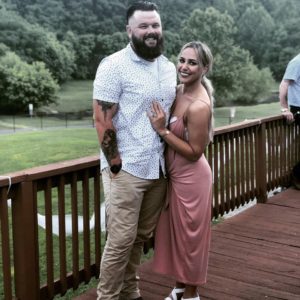 When Ali and Mitch tied the knot in October, the doting dad stood up to give what appeared be the customary speech from the father of the bride. But he had something special planned, as he explained to the wedding guests.

“As a lot of you all know, a couple years ago, Ali was in a pretty bad accident,” he began. He described how, while in the hospital, Ali’s jaw had been wired shut, making it impossible for her to speak. She knew American Sign Language (ASL), but her parents weren’t familiar with the hand gestures. So, they gave Ali a white board to communicate with, instead. 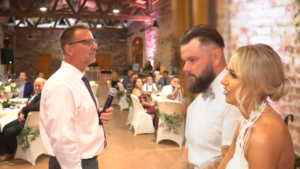 But, he told Ali, he’s been practicing sign language a lot lately. That’s when Heartland’s “I Loved Her First” began playing over the speaker. Ali couldn’t help but break down as her father began signing along to the song. 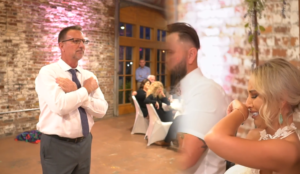 The popular country hit features a father’s perspective as he talks to the man who will marry his daughter. The lyrics rang true as Ali’s dad signed that he “loved her first” and that “when she first smiled at me, I knew the love of a father runs deep.” 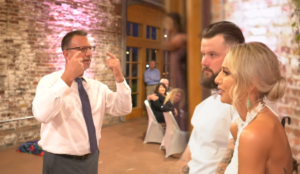 “And I prayed that she’d find you someday. But it’s still hard to give her away,” he signed to Mitch. “I loved her first.” 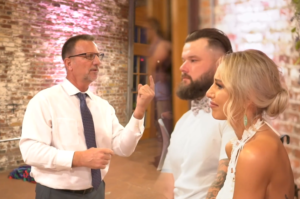 It clearly meant everything to Ali, who held her dad in a tight embrace afterwards. In that moment, she knew how lucky she was to have him as a parent. And she still does. Congratulations, Ali and Mitch!

Grab some tissues as you watch the touching video of the song below. Share to spread the love to all the dads out there.

Dad signs song to his daughter as a surprise😭

Dad signs song to his daughter as a surprise😭Check out this special surprise for the bride and the story behind it from her dad 😭 This is why we do what we do! #AHC #BringingStoriesToLife

10 Mysterious Places That Baffle Scientists Around The World

The Seven Wonders of the World are magnificent sites known for their majestic beauty and greatness. But we'd like to propose 10 new places that evoke a slightly different kind...