When you’re depressed, people often ask you how they can help.

Even though they may be sincere and well-intentioned, this question puts the burden back on the person who is in the worst position to answer it. Depression robs people of their ability and desire to seek help, so it’s up to their loved ones to take the initiative and reach out on their own. 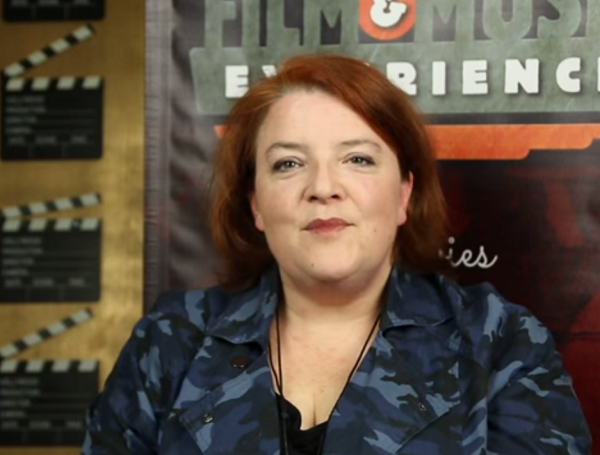 Sheila O’Malley, a writer and film critic from New York City, shared a powerful story on Twitter of how her friends did just that when she was at one of her lowest points.

Sheila had recently lost her father, and for a year after his death, she found herself sinking deeper and deeper into depression. 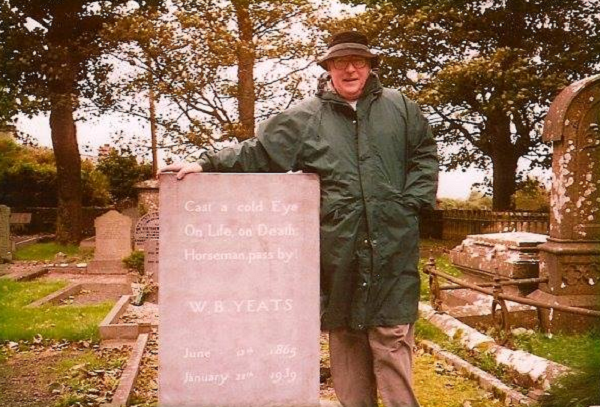 Unable to help herself feel better, she retreated into herself and became unable, and unwilling, to perform even the smallest domestic tasks. 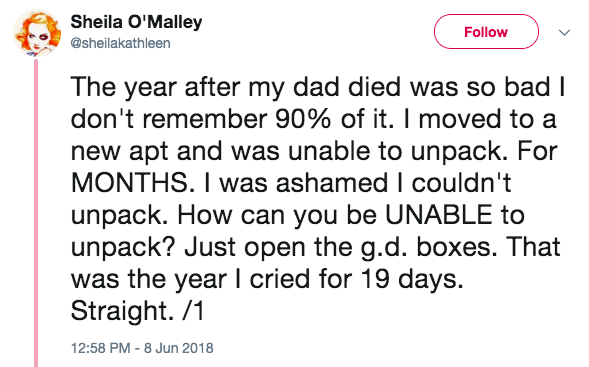 Sheila went on to describe how her good friend David saw that she was struggling, so he reached out to her to let her know how important she is to him and their other friends. “I was like, ‘Doesn’t matter, but thanks,'” Sheila wrote.

But instead of thinking ‘she’s fine!’ and going about his business, David took the burden of Sheila’s mental state squarely onto his own shoulders. Sheila described what happened next: 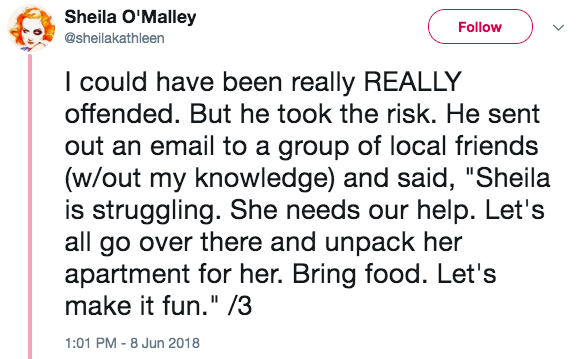 Without telling Sheila, David made plans to stop by her apartment that week. Except, when the time and date arrived, it wasn’t just David at Sheila’s door — it was 10 of her dearest friends, all bearing food and cleaning products and ready to work. 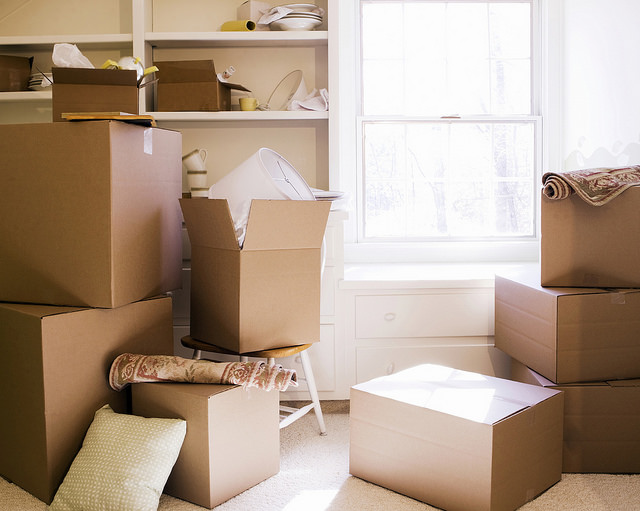 “They unpacked my boxes. They put away my 1,500 books. They hung pictures for me. They organized my closet and put away all my clothes. Meanwhile, someone set up a taco-making station in the kitchen. People brought beer. By the end of the night, my apartment was all set up.” 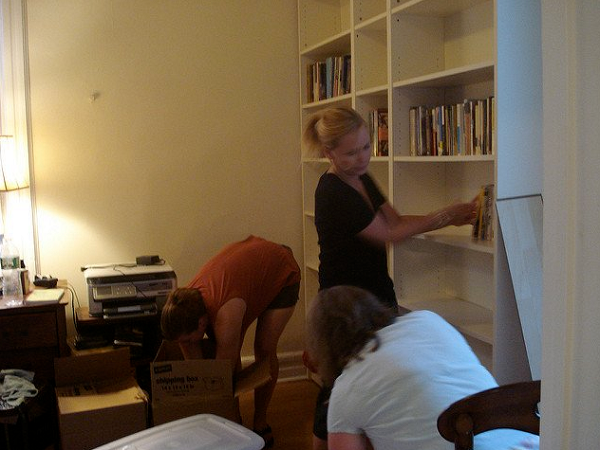 Sheila’s friends hung pictures, put away boxes and boxes of books, organized her closet, and set up her kitchen. It took the group about four hours of working and laughing together to get Sheila’s space squared away, and anyone who has ever had to move houses knows that having everything sorted can do wonders for your mental health! 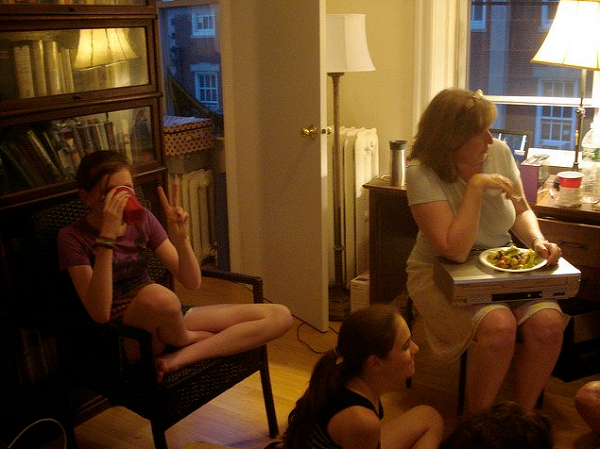 Sheila says she was overwhelmed by the kindness and initiative her friends had displayed. When you’re seriously depressed, doing anything productive feels like such a tremendous effort… but her friends proved that anything can be accomplished when you’ve got good people willing to roll up their sleeves and be strong when you’re weak.

She wondered how she could ever thank her friends when one of them told her simply, “Listen, baby, what we did today was a barn-raising.” 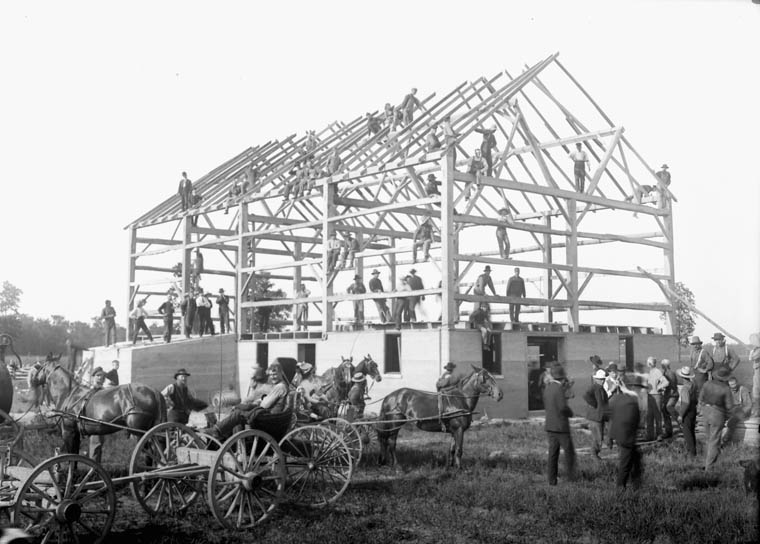 At a traditional barn raising, members of the community all pitch in to build a neighbor’s barn. The notion is that we’re all in this together, and we all benefit when each member of our society is strong and healthy. One person can’t always accomplish all that needs to be done by herself — sometimes, we all need a little help.

Sheila told her story to drive home the point that if someone you know is depressed, it’s up to you to help them. They’re in no position to help anyone, but if we all stand together as a society, we can move mountains. 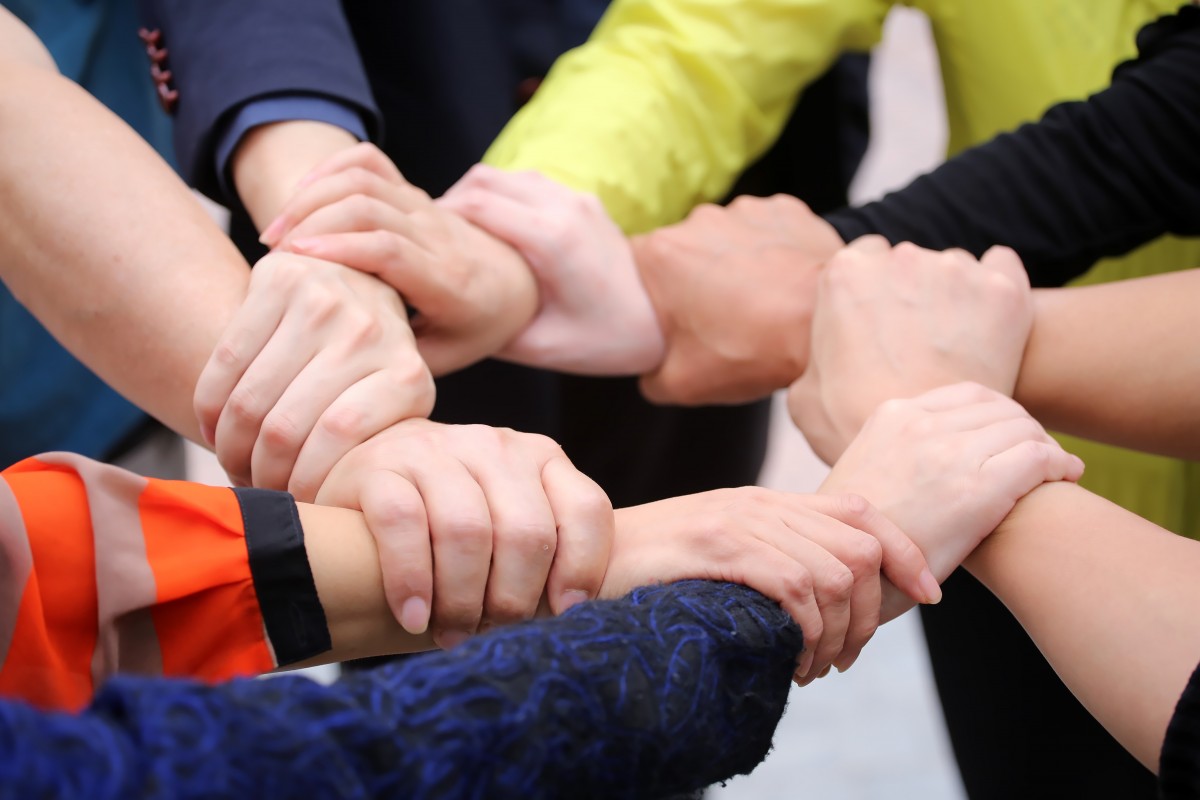 That’s the end. The “ask for help” advice is well-meaning but not really thought through. There’s shame, there’s enforced helplessness, there’s the feeling you’re not worth it, etc. My friends didn’t wait for me to ask. They showed up. They took over. They didn’t ask. 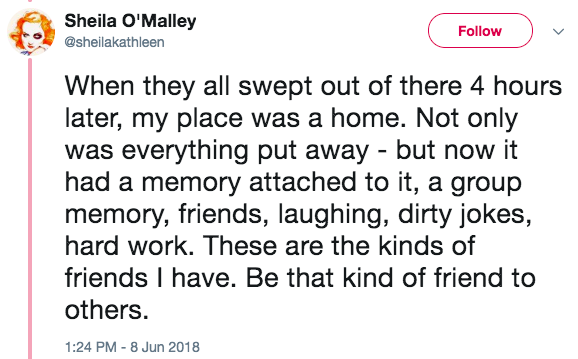 Please share this story to encourage everyone to reach out to friends who may be suffering from depression. Don’t wait for them to ask, just jump in there and do what you can.