Dancers Shane and Shannon Jensen definitely leave a lasting impression, so if you’re a fan of “America’s Got Talent,” you’ll remember their performance from Season 11 a couple years ago.

After meeting and developing a dance partnership at Utah’s Brigham Young University, they eventually married… and they’ve been competing and performing ever since. Unfortunately, they didn’t win the season, but it doesn’t really matter. They’ve won countless national and international awards and titles in the years before and since… 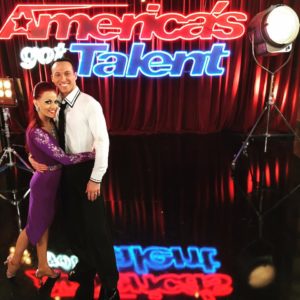 Lucky for us, though, they added another notch to their belts back in May, with a truly mesmerizing routine set to “Never Enough,” Loren Allred’s ballad from “The Greatest Showman.”

They start out with an A, but we know we’re in for an A+ performance when, less than a minute into the routine, this happens…

Then Shane, holding his wife high above his head, carries her half a dozen steps backward and begins twirling her as though she’s light as a feather! Shane once harbored dreams of being an Olympic gymnast, and the training he went through before switching to dance is clear as day. Look at that!

This stellar performance came during the Blackpool Dance Festival, and we’re not surprised in the least that they were named the winners (for the second year in a row). If you’re unfamiliar with this festival, it happens to be the world’s most famous annual ballroom dance competition, so this is a seriously big accomplishment. The choreography, the execution, absolutely everything about the couple’s routine is nothing short of perfect. 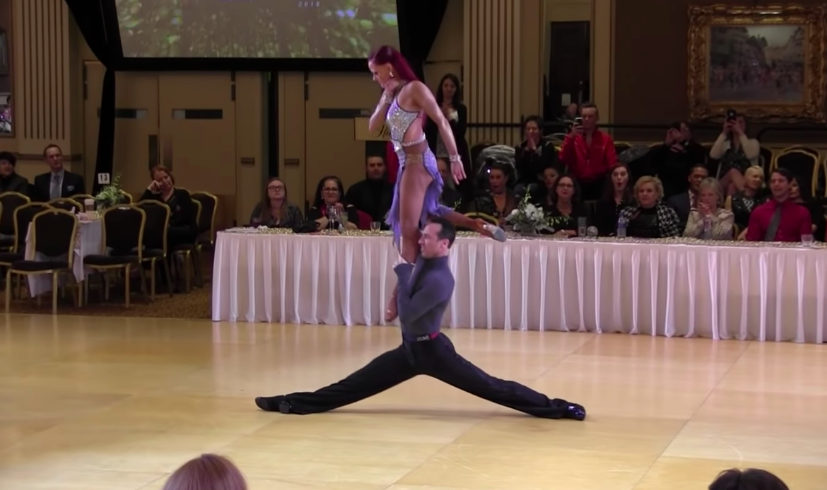 There are so many breathtaking moments, it’s hard to know where to start. But we can’t let you off with just two gifs, so here’s another especially impressive move. They make it look so easy, but rest assured, they put more effort into perfecting this one routine than most of us ever put into anything our entire lives.

Catch the full breathtaking performance in the video below, and share if you agree that this is one dynamic duo!