The holidays can be a huge financial struggle to families who are working hard to make ends meet.

Shane McCann is one of those hardworking dads who has rearranged his entire life to care for his family. His wife has health issues that make her unable to work or care for their four kids, so he took a job at their school to make sure he could always be home with them. 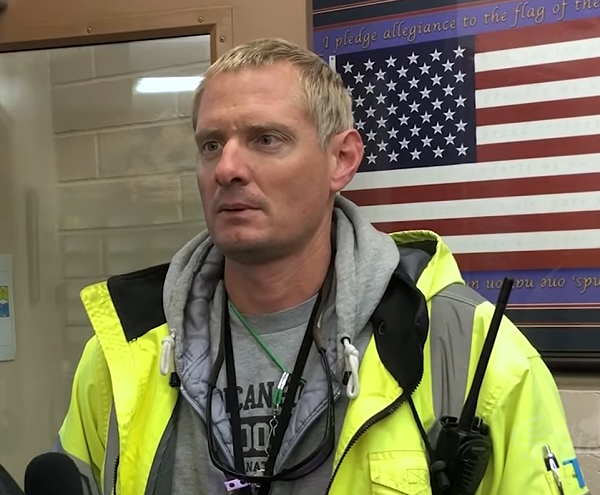 Shane works as a playground and cafeteria aide at Cloverdale Elementary School in Ammon, Idaho. He can only work during school hours because of his family situation, but non-certified part-time positions like his don’t pay enough to support a family of six. Still, he comes to work with a smile on his face and takes his role as protector very seriously.

After watching him struggle for years, Shane’s coworkers sent his name into East Idaho News to be considered for their month-long giveaway, Secret Santa Surprise. This holiday season the station has pledged to give away $500,000 to people in the community who need a little help. When they heard about Shane’s situation they knew he fit the bill. That’s why East Idaho News team showed up outside of Shane’s school with a little box that contained a huge surprise. 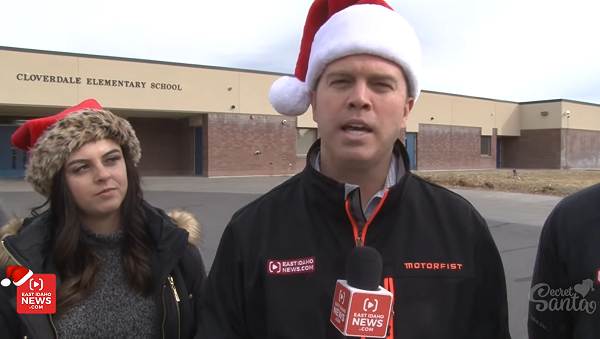 The news team described what Shane’s coworkers had told them — how Shane always goes out of his way to help the students, teachers, and staff at school, plus how difficult his home life has been since his wife got sick. When they brought Shane into the principal’s office to meet the news team, he seemed so nervous. Little did he know that his life was about to get just a bit better! 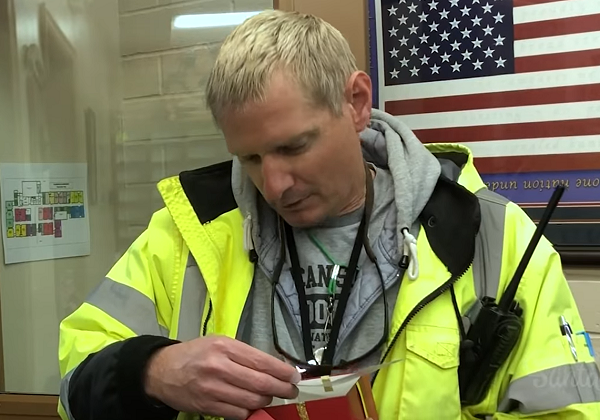 He opened the box and removed the check, squinting at the small print before looking up, astounded. “Oh dear,” he said quietly, working hard to hold back his tears. After trying to compose his racing thoughts for several minutes, he says simply, “Wow,” and collapses into the reporter’s arms in a huge hug.

Only then did this humble father and husband break down and allow his tears of gratitude to flow. All the reporter could do was hold him tightly, no doubt thanking his lucky stars that his job allows him to bless people in this way!

Incredibly, when someone suggests that Shane might need to take the afternoon off to recover from the shock of his windfall, he shakes his head and tells it like it is. “I have an obligation,” he said. “I have no problem being here. There [are] 523 kids here and their safety is in my hands, among others, and I take that very seriously. As long as I can help it, they will not be hurt.” 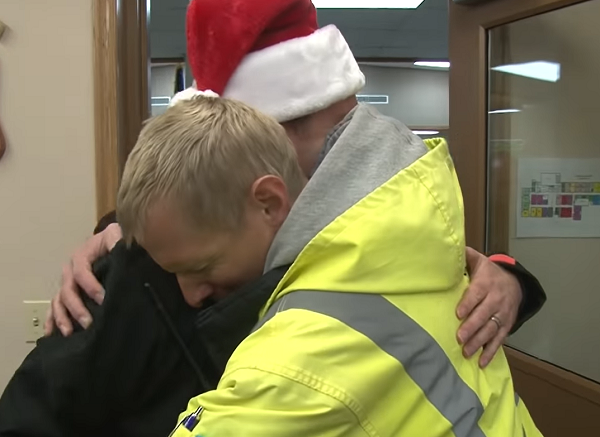 We always love to see people like Shane get an unexpected gift like this one! We hope he can use the money to give his family a wonderful Christmas, not to mention helping with their many expenses. This gift highlights the true meaning of the holidays — think of others, and help when and wherever you can!

Watch Shane’s emotional reaction to being handed his Secret Santa Surprise above, and don’t forget to share.