We all have scars in one form or another. But for some, these lasting marks aren’t harmless.

Many survivors of domestic abuse wear the permanent reminders of the violence they endured, wishing their scars could be erased. Brazilian tattoo artist Flavia Carvalho first noticed this need when she met a woman who’d been stabbed after turning down a man in a nightclub. Flavia covered the scar on her abdomen with a tattoo, and she says the woman was “extremely moved” by the finished product. 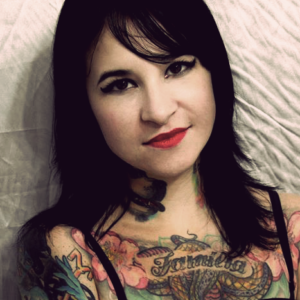 “I was suddenly struck by the idea of providing free tattoos to women who were left with scars following domestic violence or mastectomies. Each tattoo would act as an instrument for empowerment and a self-esteem booster,” Flavia said.

That’s how her project, “A Pele da Flor” or the skin of the flower was born. Here are 17 times Flavia not only gave other women beautiful tattoos, but helped them move on from their darkest traumas.

1. This woman’s old stab wound has transformed into a majestic owl. 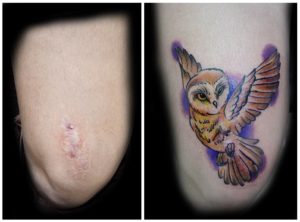 2. Her ex-boyfriend shot her in the back. From her scar bloomed cherry blossoms. 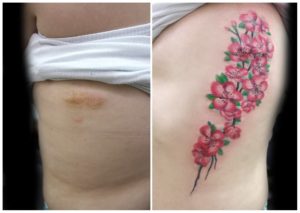 3. She was shot as well, and lifesaving surgery only left bigger scars. But all she can see now on her belly is the lotus art. 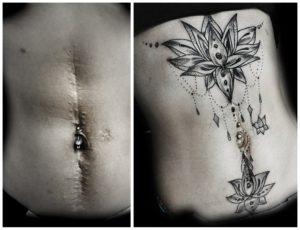 4. From self-harm to a symbolic self-embrace. 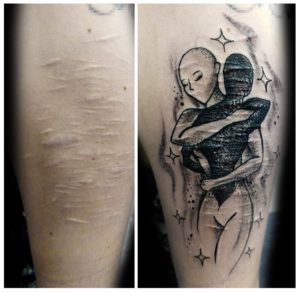 5. All the evidence from these old wounds has been replaced with intricate beauty. 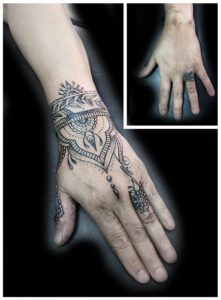 6. With Flavia’s help, bruises from the past turn into blooms of the future. 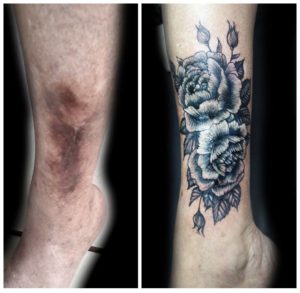 7. She suffered untold violence during her years on the streets. Now She’s rising from the ashes of that old life, just like a phoenix. 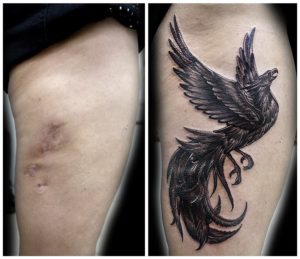 8. This scar came from another gun, another emergency surgery. But thanks to her tattooing angel, she gained a colorful new start. 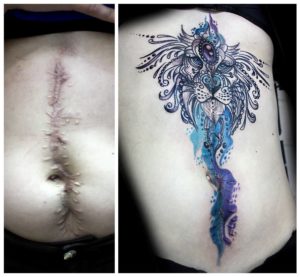 9. This brave woman spent 20 years hiding her burns after being set on fire. Now she no longer feels the need to wear long sleeves. 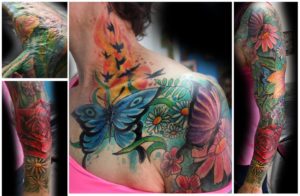 10. Countless kicks left these permanent bruises, so Flavia banished them with roses. 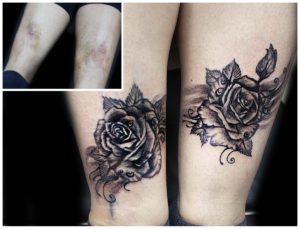 11. Metal plates helped heal this fractured arm. But it was the owl that healed her soul. 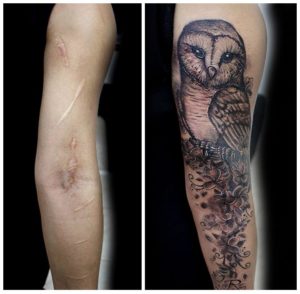 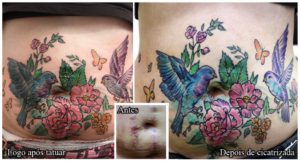 13. She was dragged by a car, but she was left with gorgeous colors and her young-at-heart spirit still intact. 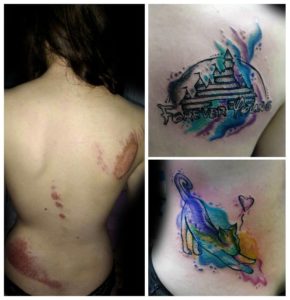 14. This warrior survived the Kiss nightclub fire in 2013. 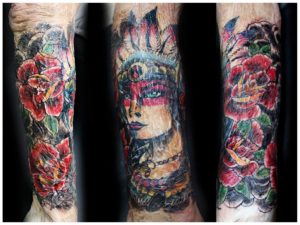 15. These burns caused her so much pain. The butterfly and its flowers bring her peace. 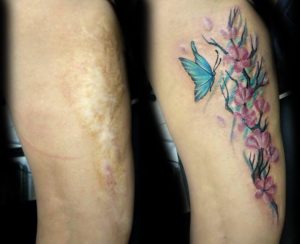 16. What made her self-conscious is now something she proudly shows off. 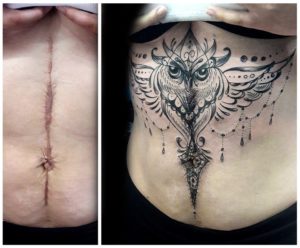 17. Numerous cuts by glass left permanent damage but her new ink transformed it into permanent beauty. 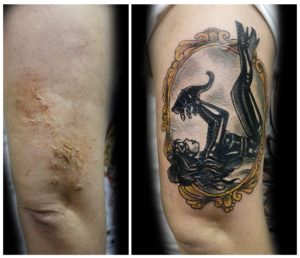 Aren’t these works of art amazing? Flavia is doing such an incredible service for her clients, who come to her at their most vulnerable. You can check out more of this compassionate artist‘s work on Facebook.

Share this story to spread thanks to Flavia for giving women a fresh start after trauma.