There’s nothing quite as adorable as a baby laughing.

Sando Reapo Louis is a musician from Fort Lauderdale, Florida who has two daughters. He was home with his youngest, Jamila, when he noticed he was hitting the infant’s funny bone in a huge way. The odd part was that Sando wasn’t goofing off to make her laugh; he was simply practicing his shadow boxing moves in the family kitchen. 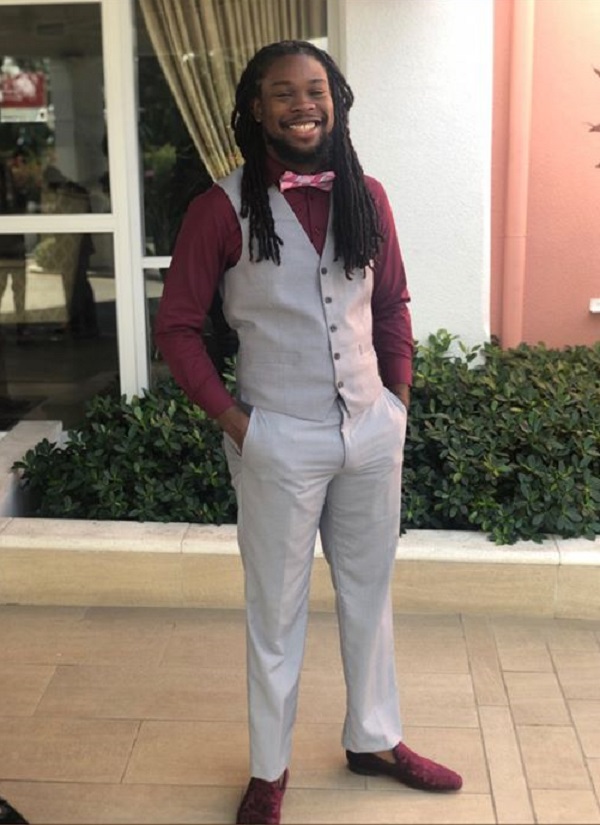 As Jamila sat in an infant seat on the counter, Sando showed off a series of boxing moves. He noticed that Jamila would burst into laughter every time he moved his arms, so he started to record the adorable laughter to show his friends and family online.

“She started laughing so I started recording her and then she just started laughing hysterically,” Sando explained. “It caught me off guard because I’ve never seen her laugh quite like that before.”

Jamila was laughing so hard that the concerned dad had to stop boxing to make sure she was still breathing! 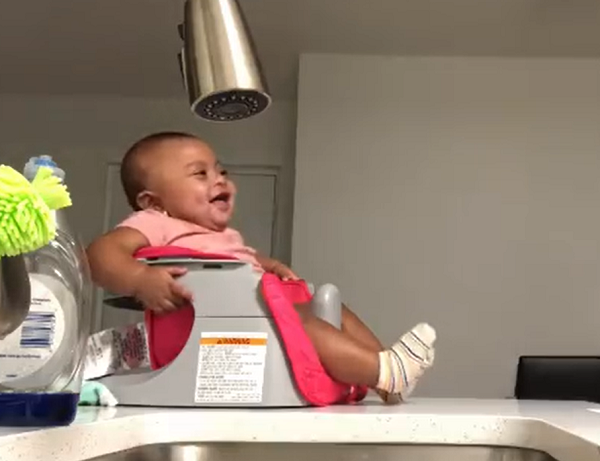 Sando says Jamila is a happy baby who laughs frequently at anything silly her father or older sister does. “Usually when she’s upset we’ll sing ‘Baby Shark’ and she’ll instantly stop crying,” he said.

The proud papa uploaded a 30 second clip of Jamila laughing at his boxing moves to Facebook, where it went viral with well over 2 million views in just one week. “I just posted because I thought it was funny,” he said. “It just took off.”

We can see why the video went viral — Jamila is beyond adorable! Watching her chubby little legs kicking away as she lets out those hearty belly laughs would make even the grumpiest person smile. I mean, just look at her. 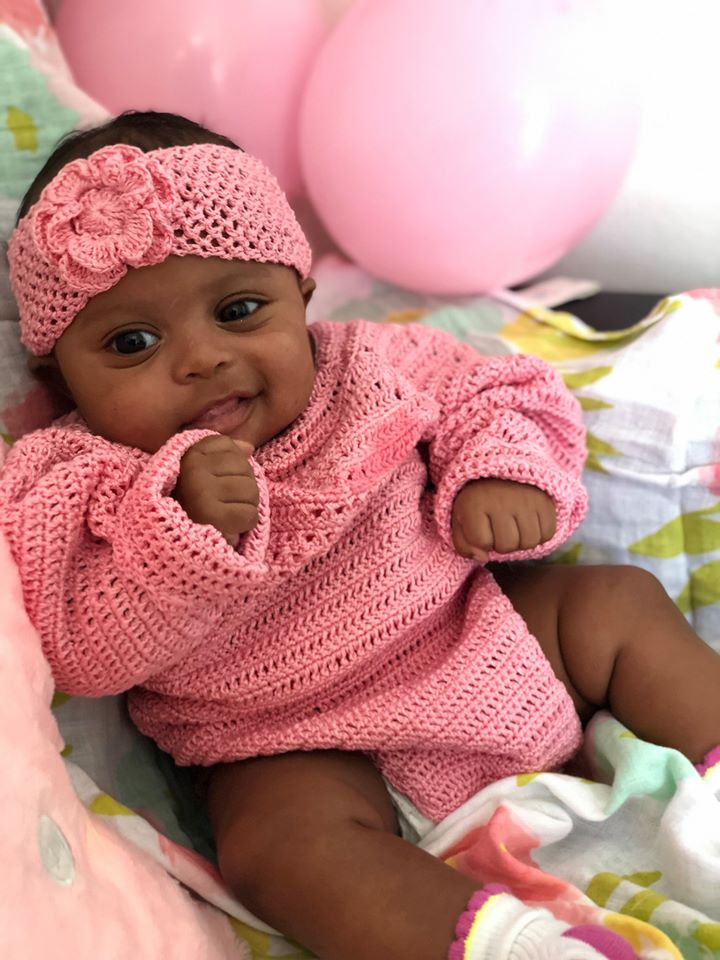 What a little sweetheart! We’re so glad she thought Sando’s moves were so funny so we got a chance to “meet” this little cutie. She’s got the best laugh!

Watch Jamila laughing at her dad’s boxing moves in the video below, and be sure to share with others.