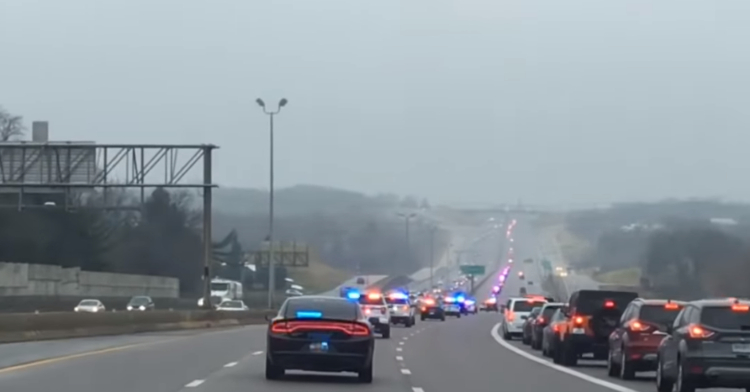 When Ryan O’Connor became a cop more than two decades ago, he did it knowing he could die in the line of duty.

On December 5, 2017, the Arnold Police Department officer nearly did. O’Connor was transporting a burglary suspect in Arnold, Missouri, when the man pulled out a gun, shot him in the back of the head, then killed himself. Incredibly, O’Connor survived. 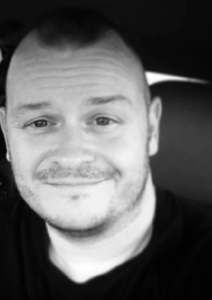 The officer was rushed to a hospital, where he underwent emergency surgery before being placed into a medically-induced coma.  Several more surgeries later, his condition finally stabilized. From there, he was transported to a facility in Colorado that specializes in traumatic brain injuries. And his brothers in blue made sure he got there safely. 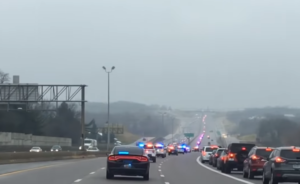 The city stops for a moment to honor the wounded officer who nearly lost his life to protect it. Firefighters can be seen standing in solidarity at each overpass, while citizens wave blue line American flags on the streets. 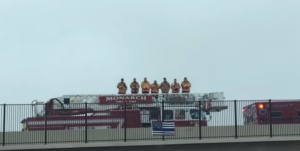 Officers, firefighters, and well-wishers stayed by O’Connor’s side at the airport, where they prayed for him. Then, as he took off in the air ambulance jet, they applauded. 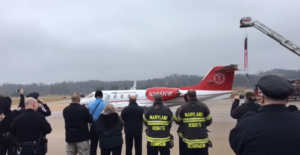 O’Connor’s road to recovery wasn’t an easy one. But it was — and continues to be — inspiring. With the support his wife, Barbara, their four sons, and an entire police department, he found his strength again, bit by bit. 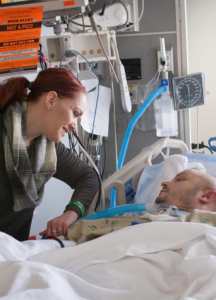 First, he regained movement in his right arm. Then, defying everyone’s expectations, he stood up! Walking on his own didn’t follow too far behind.

“The more he does it, the better he’s getting. He’s unstoppable,” Barbara said. 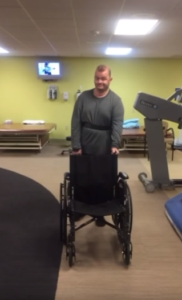 Today, the O’Connor family is still struggling with the aftermath of that day. But throughout O’Connor’s recovery, they’ve always been surrounded by an abundance of kindness. On the one year anniversary of the shooting, O’Connor expressed his gratitude in four tear-filled words: “Thank you for everything.”

We want to thank him as well for serving his community. Words can’t describe your bravery, O’Connor. Thank you so much for your service.

Watch the beautiful procession below, and share to honor all the officers who put themselves in harm’s way.