Being considerate and using manners is a way to show respect for other people.

Sometimes it doesn’t take much to show this care for others; simply altering your actions in a very minor way can have a big impact on those around you. Take, for instance, this roofer who was hard at work in Tyrol, Austria, when the local marching band began to practice nearby. 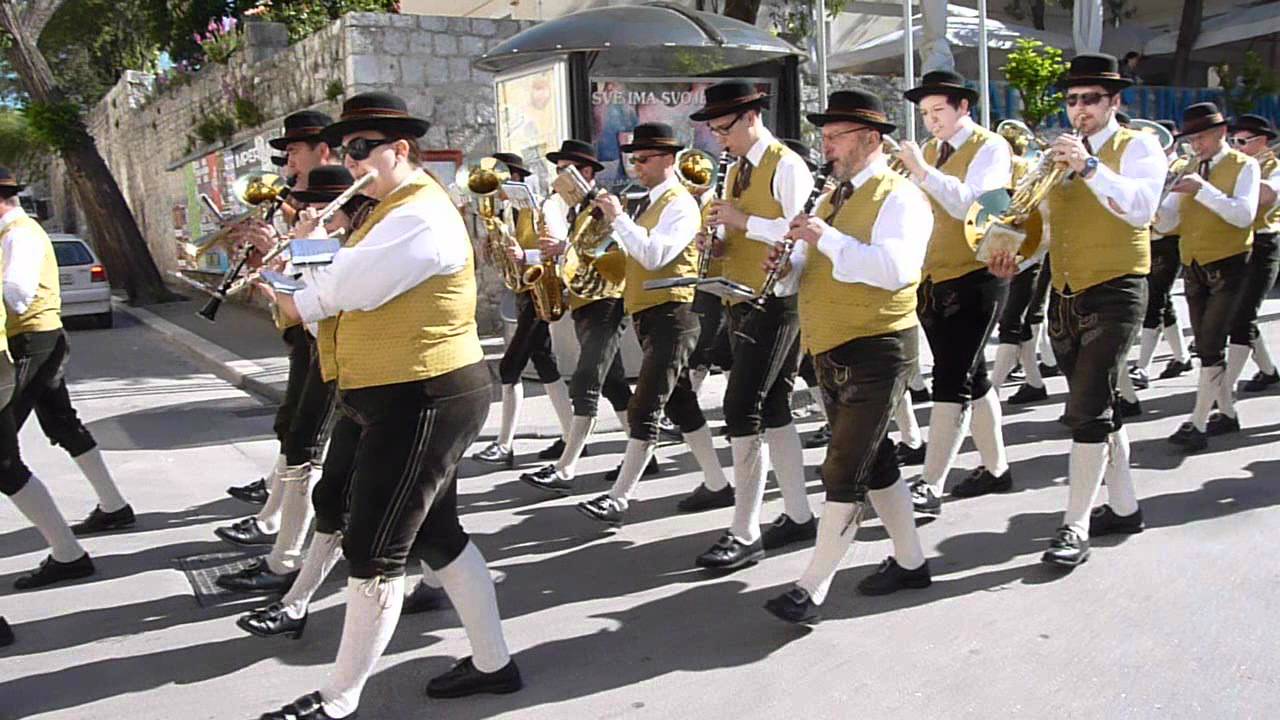 In Austria, many of the larger villages have their own marching bands. Dressed in authentic costumes, these groups create impressive parades for all occasions. In this particular village, there are multiple bands who gather to practice and perform for various festivals, concerts, and other fun activities. According to their website, “Tirolean music tradition is kept alive by many folk music groups and more than 300 brass bands.”

As the Tirolean band played in a picturesque courtyard, bystanders noticed that a roofer using a nail gun on an adjacent roof was moving his tool in time with the music. Giggling, the men began to record this small act of consideration as soon as they realized what he was up to. 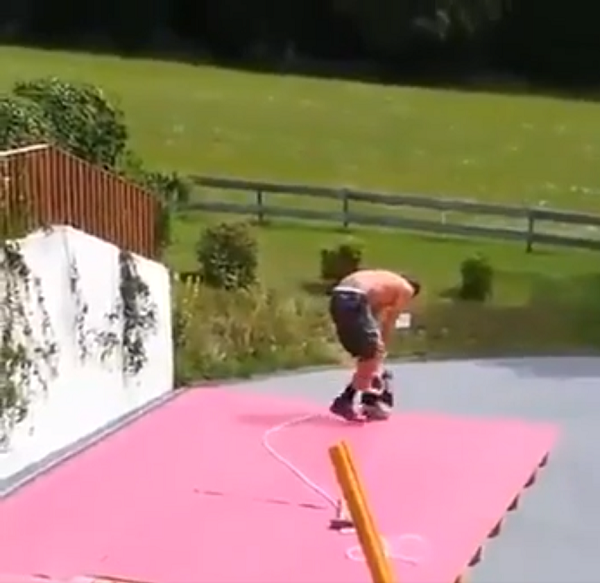 As the band plays a traditional marching tune the roofer uses his nail gun to “tap… tap… tap tap tap” in time with the music. Instead of simply going about his business he’s got an ear out for what the band is doing!

Now, it’s always possible that he wasn’t doing this noisy work in time to the band for any reason other than his own pleasure, but we doubt that’s true. When you see how carefully he’s “playing” along it’s clear that he’s not only enjoying the music but he’s enjoying being a small part of it as well! 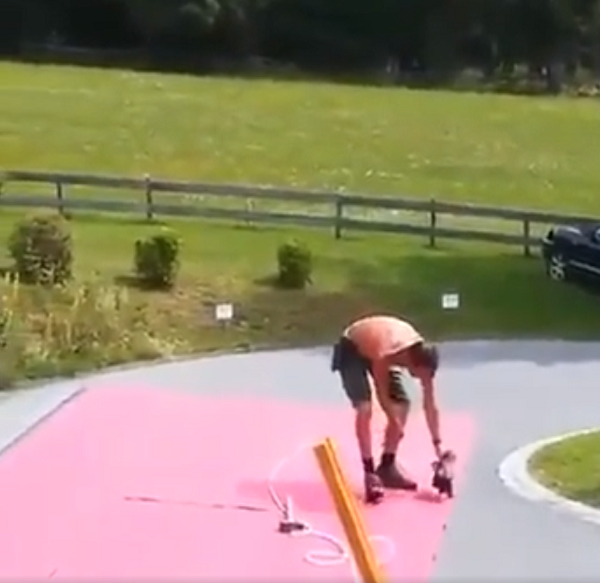 This is such a small moment, but such a terrific example of how far a little kindness will take you. Just thinking of others and realizing that your actions might bother them is a concept that seems forgotten in our world these days. Let’s hope all of our neighbors think of this classy carpenter next time they feel like starting up the leaf blower at 7 a.m. on a Saturday!

[sound on] This construction worker is a hero! Watch him time his nail gun so he doesn’t disturb the band playing :sweat_smile: pic.twitter.com/dxhAdYt0uW