We’ve seen our share of unlikely friendships, but a goose and a miniature horse who are best friends? That’s a new one!

Last summer the Bucks County SPCA in Pennsylvania responded to a report of animal cruelty and made a sad discovery. The run-down barn contained almost a dozen ducks, two peacocks, a goose, and a miniature horse, all living in squalid conditions. The rescued animals were taken to a barn in Quakertown to begin their recovery. 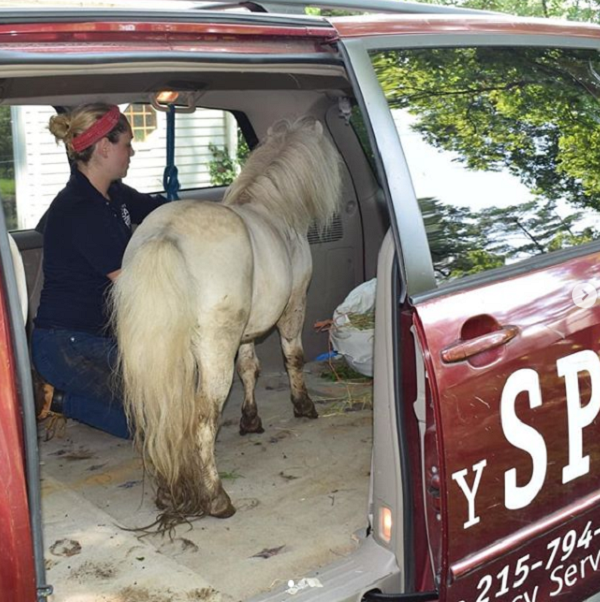 The owners of these animals later plead guilty to animal cruelty charges and paid hefty fines. Meanwhile, the BCSPCA began the process of assessing the animals’ injuries and getting them ready to be adopted to loving homes. Almost instantly staff members noticed that Waffles the miniature horse and Hemingway the goose had formed a tight bond during their days in the squalid barn where they’d lived. In fact, it soon became clear that the pair were best friends.

“We have them in the barn together and one of the staff observed one day that Hemingway was leaning his head in and kind of had his neck wrapped over Waffle’s shoulder,” said Cindy Kelly, spokeswoman for the Bucks County Society for the Prevention of Cruelty to Animals (SPCA), “It was very sweet.” 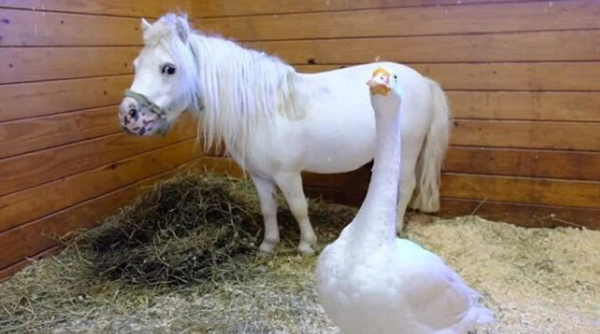 Waffles was treated for a minor infection, and whenever he was taken to the treatment room his friend Hemingway would get very upset. The SPCA shared the story of their friendship on their social media pages, and soon local TV station WFMZ covered the story. As soon as people heard of their unlikely friendship they went viral, and before long the adoption applications flooded the rescue’s offices.

More than 150 people applied to adopt Waffles and Hemingway together, but the big winner turned out to be Maddie and Nick, a couple with a small hobby farm in southeastern Pennsylvania. Maddie already has a horse named Peabody who was looking for a friend, along with several goats and other furry friends.

On the day of their adoption, Maddie and Nick showed up with a horse trailer and prepared for a struggle getting the mini horse loaded on board. It turns out they didn’t need to worry though — once Waffles saw his friend Hemingway was already on board, he jumped right into the trailer! 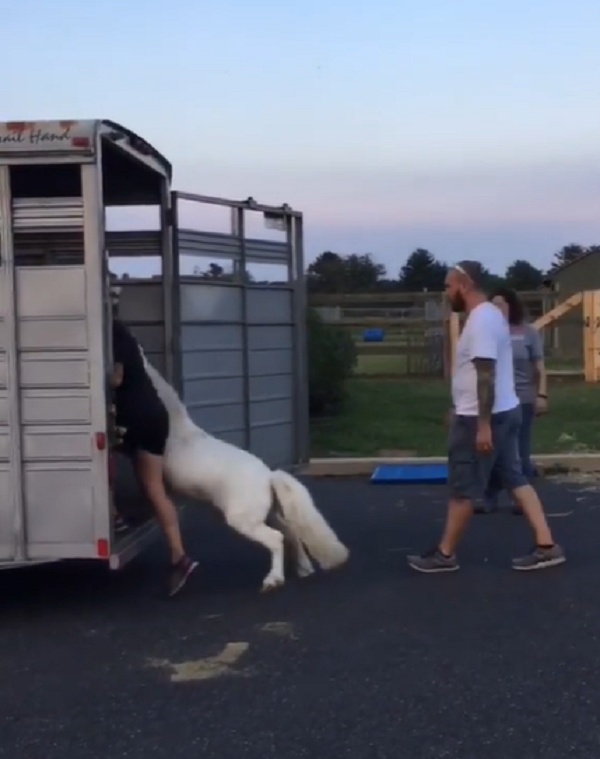 “Their new home includes the company of other horses, goats and other farm animals,” Cindy said. “It’s a perfect case scenario for the animals.”

The moment the pair got off the trailer at Good Enough Farmette the best buddies started making themselves at home.

“Hemingway immediately went for a dip in his new and bigger pool and Waffles seemed very happy to roll in the grass,” Cindy said. Waffles immediately befriended Peabody the horse, and Hemingway began protecting his new herd with gusto. 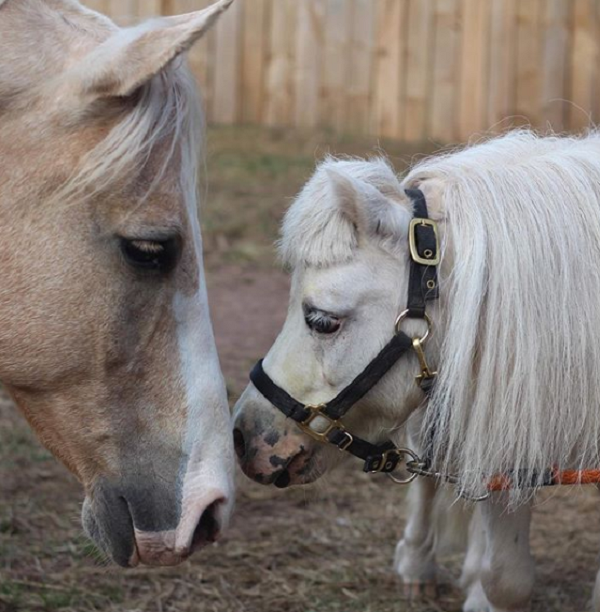 Waffles is currently in training to become a therapy horse. He loves greeting school children who come to see him, especially because of all the brushing and grooming that goes on when the kids arrive. Hemingway now has a big kiddie pool all to himself, and he delights in taking baths and splashing around to his heart’s content.

These two best friends are getting all the love and attention they missed out on for years, and they’re loving every minute of it! They’re also pseudo-celebrities who have fans all over the world. They were even on live TV to accept the “Good Morning America Pet of the Year” award. 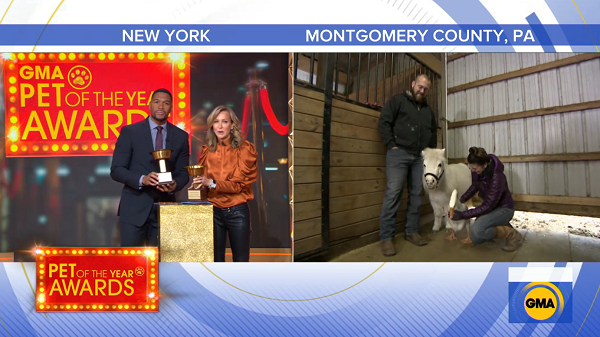 We love a happy ending! None of this could have been possible without the tireless work of animal activists and donors. Because one person saw something and made a call to the SPCA, these animals have received a second chance at living their best lives!

Watch the video below to see Waffles and Hemingway coming home, and don’t forget to share.