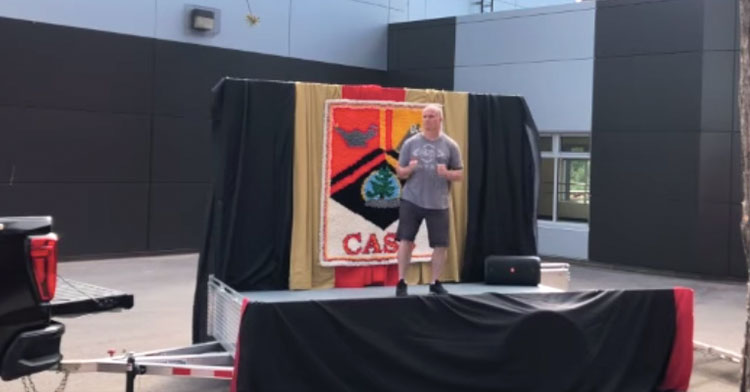 Teacher Builds Portable Stage So Every Graduating Senior Can...