When Father João Paulo Araujo Gomes became a Catholic priest, he was determined to care for all of God’s creatures. That’s a commitment he takes seriously and takes action to uphold each and every day.

Father Gomes arrived at the small village parish of Paróquia de Sant’Ana Gravatá in Brazil in 2013. As he got comfortable in his new hometown he noticed an upsetting trend: stray dogs, many of them starving and in poor health, wandered the streets in droves. 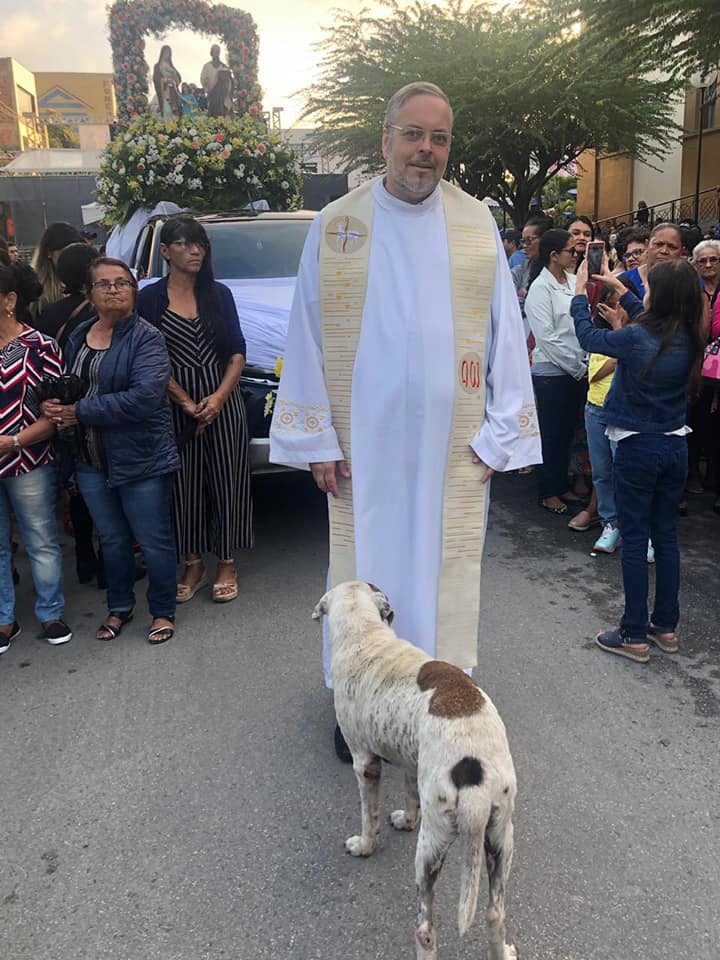 Father Gomes has always loved animals, so when a group of volunteers approached him trying to raise money to help the city’s many homeless dogs, he decided to use his position to help in any way that he could.

“Some volunteers came to me selling cookies to help a project with stray animals,” Father Gomes said. “I gave them time during masses for the advertising of the cookies and then I started to participate in the projects of this NGO.” 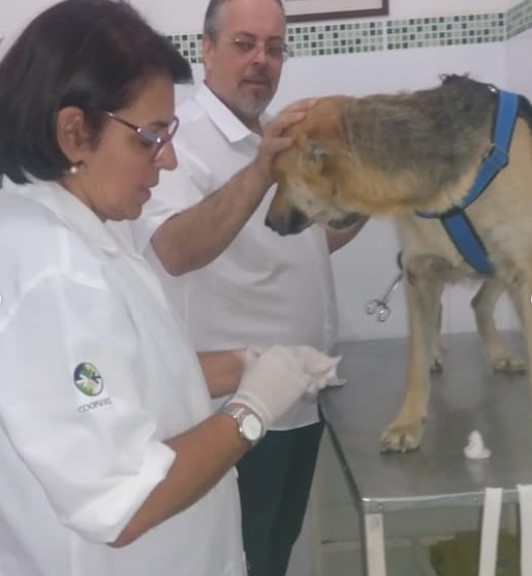 Seeking to lead his congregation by example, Father Gomes soon took matters into his own hands. He went out into the streets and found dogs in poor shape and welcomed them into his humble apartment. The priest then took the dogs to a veterinarian and made sure their health problems were addressed. 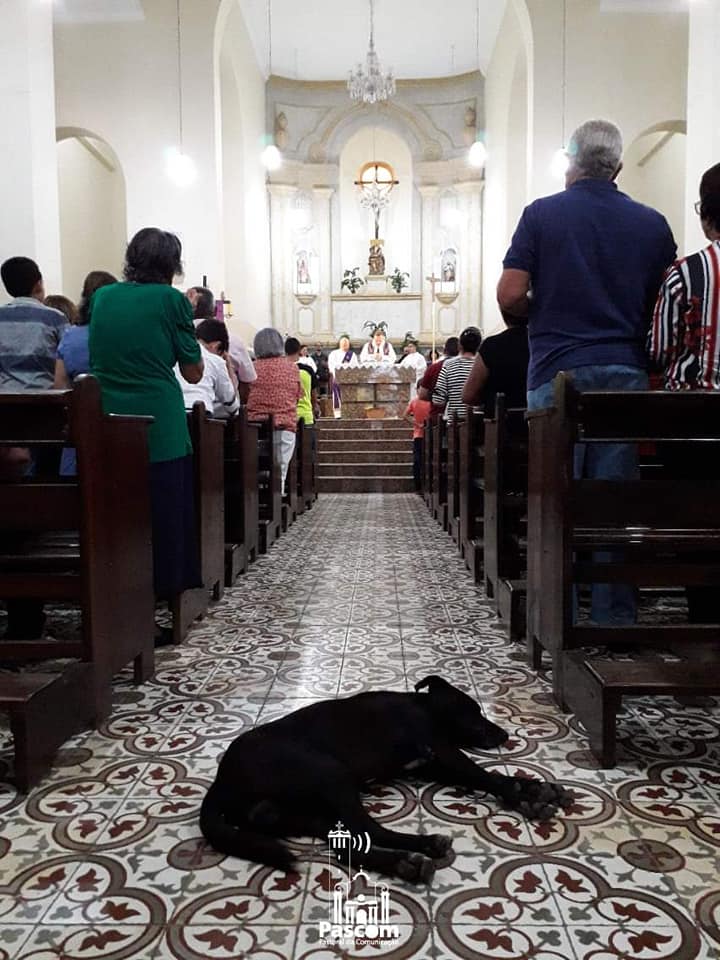 Outside of the church, the father placed bowls of fresh water and dog food, welcoming the unwanted animals into the sanctuary whenever they needed a break from the weather. He truly believes that his church should be a safe haven for all creatures.

Naturally, this animal lover couldn’t help but adopt a few of these dogs himself! He now shares his home with three former strays, but since he can’t adopt all of the homeless dogs on the streets himself he relies on his army of volunteers to find, rehabilitate, and re-home as many dogs as possible. 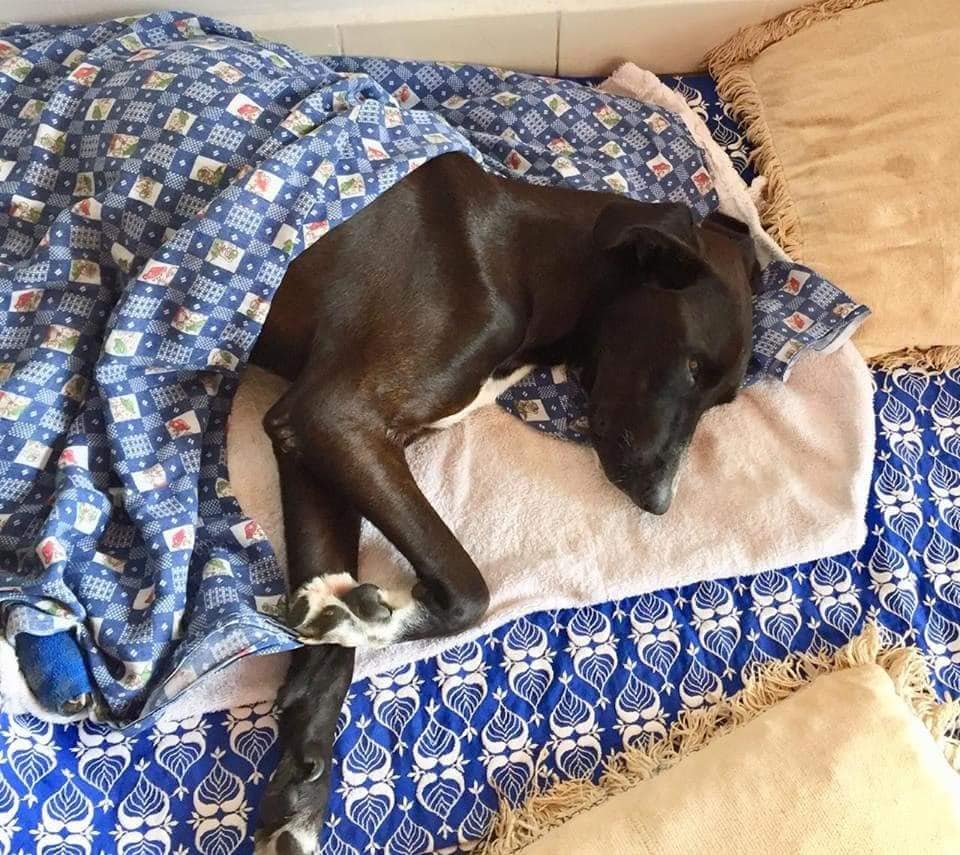 “I helped several dogs with serious health problems. Some of them I brought to the parish house and they were later adopted. Three of them stayed with me. Today, they are my children and sleep in my bed,” he said. 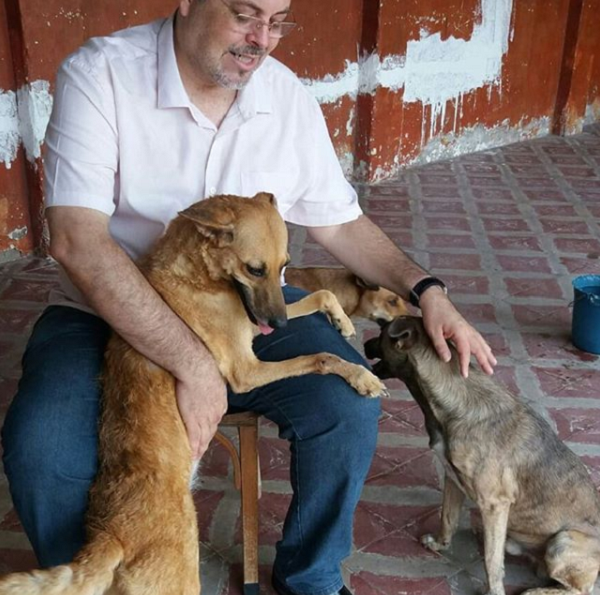 “I began to adopt some animals who had been mistreated … always with the support of volunteers,” Father Gomes said. “Caring for animals and nature as a whole is a great gesture of love for God, humanity, and the planet. We need to develop the perspective of compassion. Too much violence, too much aggression and accusation, diversity becomes the scene of war and struggle, and compassion is the only remedy.”

As part of Father’s ongoing efforts to get dogs into loving homes, each Sunday during mass he brings the week’s neediest dogs up onto the altar with him as he leads the service. 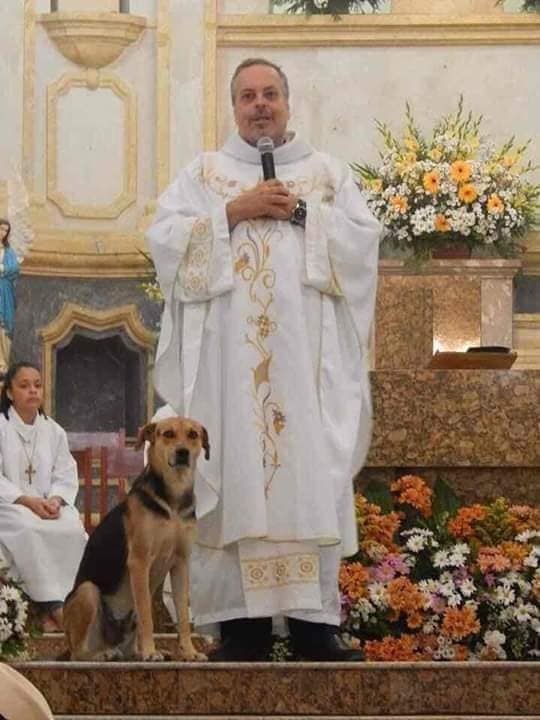 So far dozens of dogs have found their forever-homes thanks to these Sunday mass adoption events, but the kind priest only wishes he could do more to help.

“What I do is just a drop of water in the face of the magnitude of the problem,” he said. “I wish I could welcome all the animals, but we work with many limitations. Everything I do depends on volunteers and volunteers who help me, so it’s not my merits but those people’s, too.” 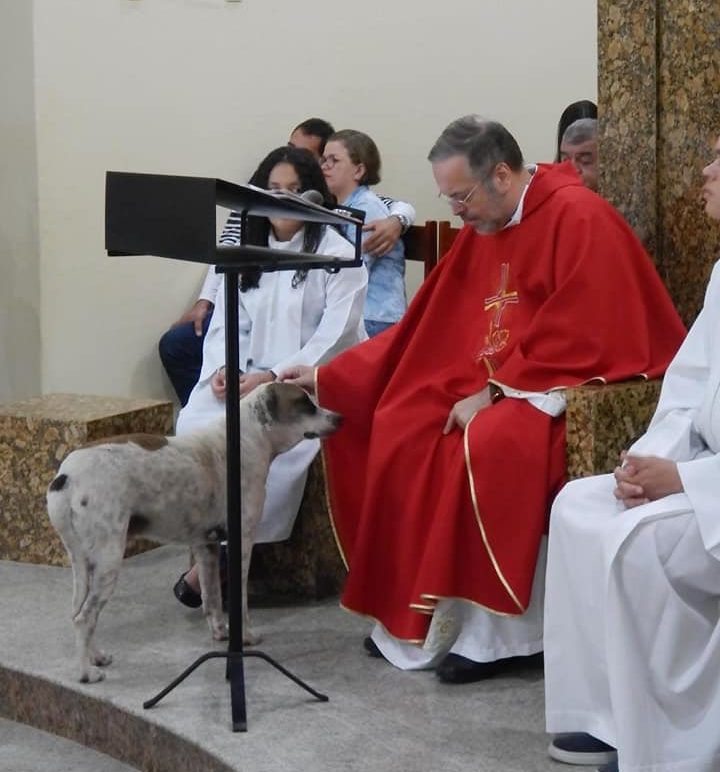 Every dog that gets healthy and finds a home is a victory for this priest and his congregation. After a photo of Father Gomes preaching with a stray dog by his side went viral online he’s received much more support and attention for his cause. He says he only hopes that his actions will help raise awareness and inspire others to be kind to animals. As long as he has a home in the church, so will the homeless animals who desperately need his help.

“They will always be able to enter, sleep, eat, drink their water and find shelter and protection,” he wrote on Facebook. 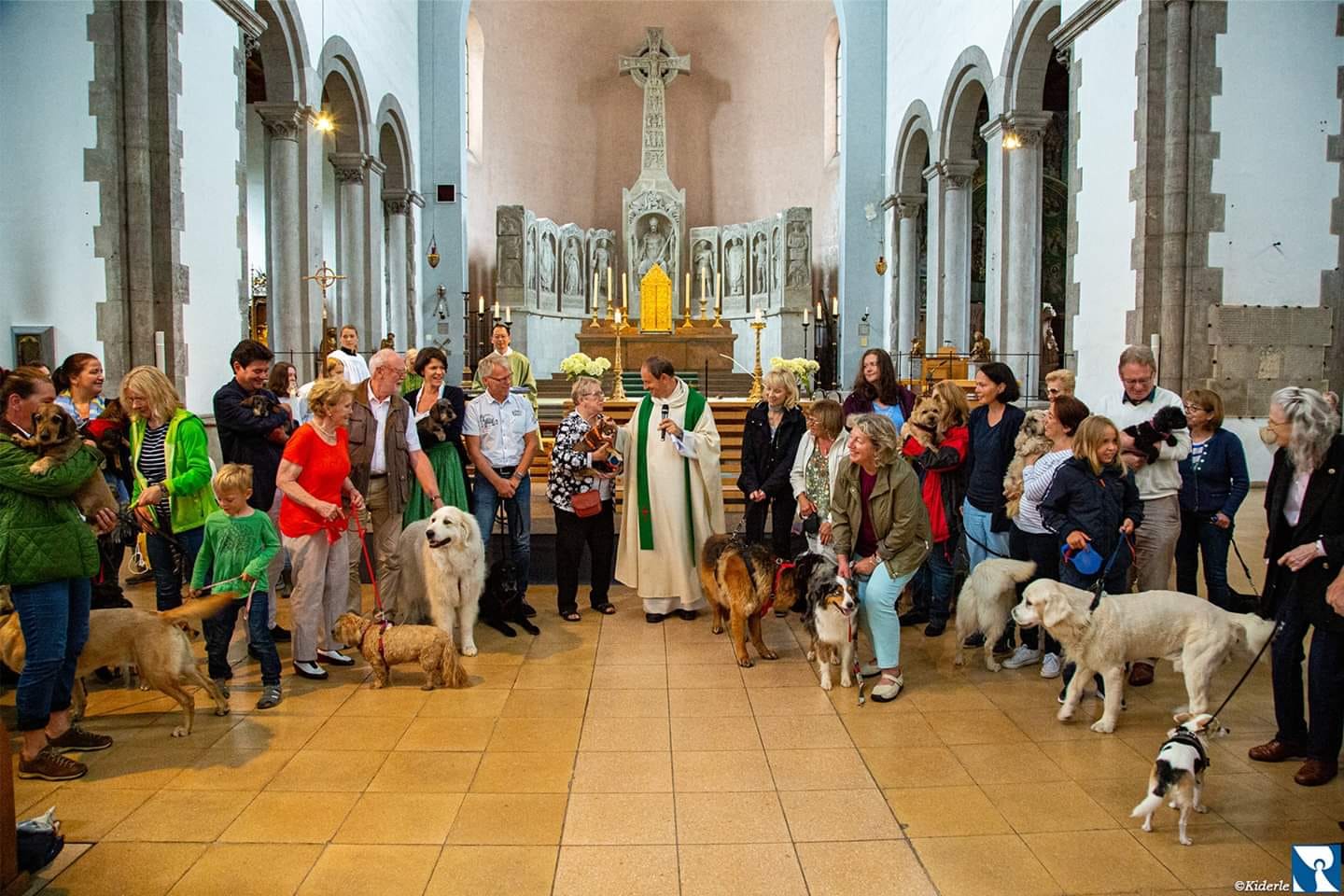 Father Gomes is truly leading by example, showing his parish what compassion and love really look like in everyday life. This is one shepherd who cares for all members of his flock, even the four-legged variety.

Share this story to spread this beautiful act of love everywhere.