Those of us who love animals know that when a pet is in trouble, it’s nearly impossible to walk past them without trying to help.

That’s why one police officer risked his own safety when he came across a trapped dog in Chile. Although the scared pup seemed intimidating, the man prevailed and received a reward that made every risk worthwhile. 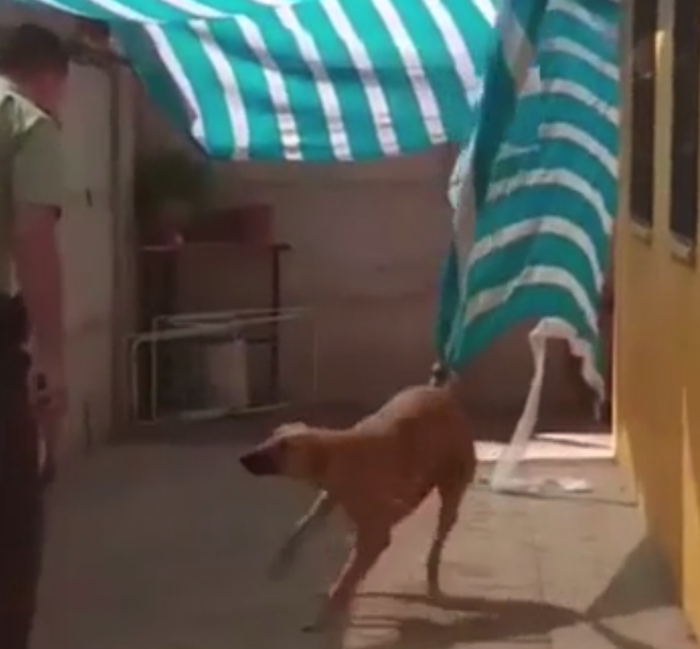 In a video shared online, we see the man approach the distressed dog in what appears to be someone’s yard. Somehow, the poor pooch managed to get wrapped up in a cloth awning, and its best efforts to escape just make the binding that much tighter.

As a result, the pup is understandably panicked. So when the brave officer tries to untie it, the terrified dog darts around and even tries to bite him. 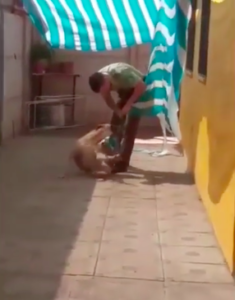 Quickly realizing the situation isn’t calm enough to untangle the awning, the officer begins cutting the fabric away. After a few tries, he manages to free the frightened animal!

There’s a brief moment in which it looks like the dog will attack him, but instead it jumps up to give him a hug and some love! In what can only be described as a cinematic twist, the once-ferocious dog instantly becomes a happy, tail-wagging friend. 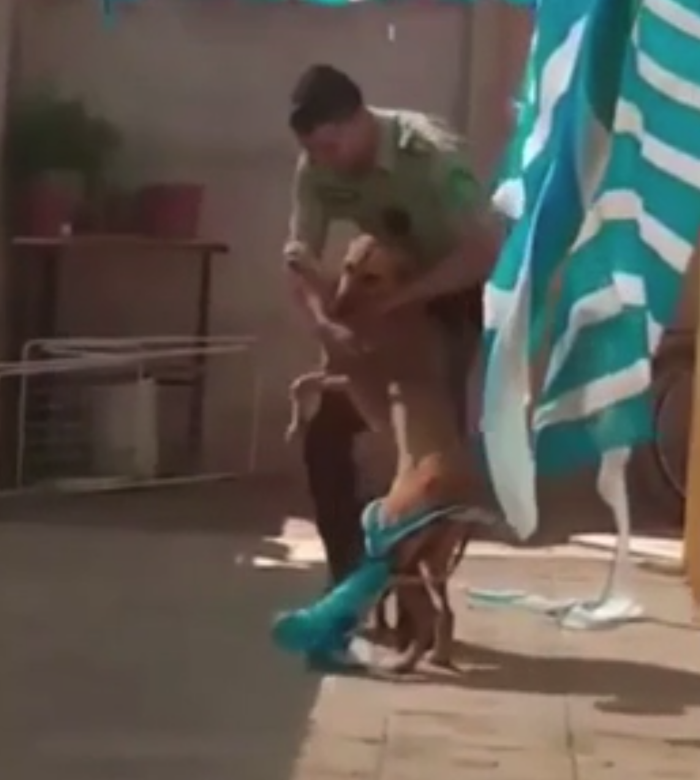 Since the video was posted online, people from around the world have left comments praising the officer for his perseverance and expressing how the dog’s sweet reaction melted their hearts. We’re definitely in both categories!

This officer is a perfect example of someone who will go out of their way to ensure everyone is safe. He so easily could have ignored this dog, but instead he risked himself to free an animal in need.

Check out the breathtaking rescue in the video below, and be sure to share this story with your friends.