High school pep rallies don’t usually gain the attention of the NBA. They also don’t normally have sketches that reach millions of views on YouTube. But this Walden Grove High School dance team, who took storytelling to the next level with their Pixar-themed sketch, is anything but typical.

With special visits from “Monsters, Inc,” “Finding Nemo,” and “Toy Story,” the viral video with more than 4 million views, tells a unique story and draws in artists with an appreciation for dance. 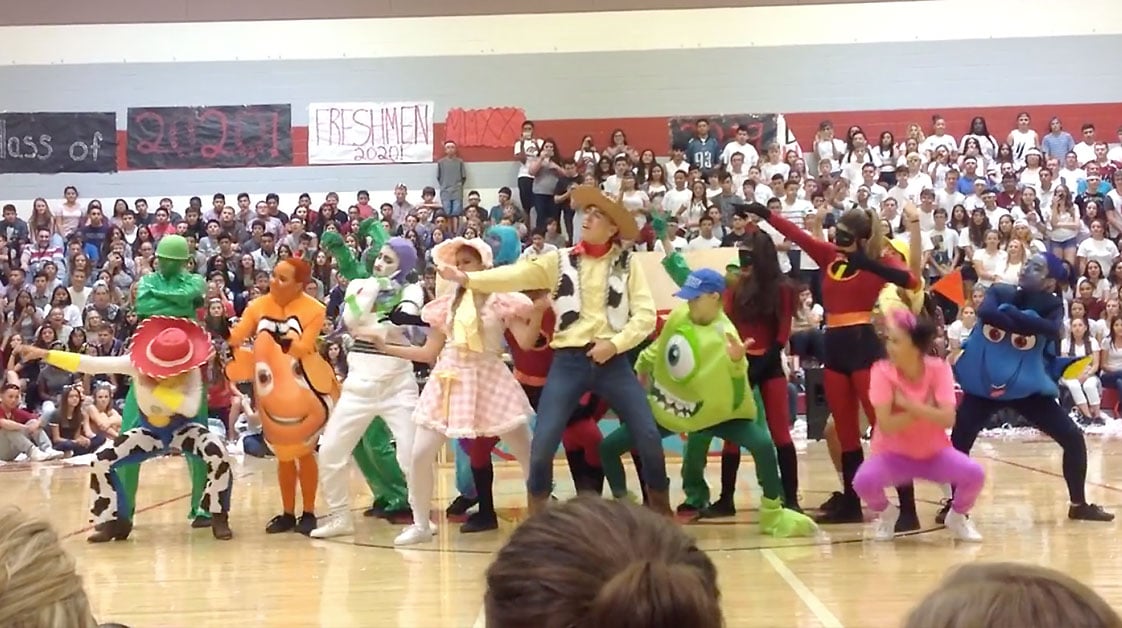 All the performers wear intricate costumes that look just like the classic animated characters, and many involved face paint or masks. The well-planned dance connects everyone’s favorite stories. While the dance featured some of Pixar’s best-known protagonists, it also highlighted some lesser known individuals, such as mini green soldiers from “Toy Story.”

As a result of the shares, the team was again approached by NBA’s representative Phoenix Suns and invited to perform at a game between the team and the Chicago Bulls.

For dance experts, it’s probably not a surprise that  Walde Grove High School’s state-champion team captured the attention of millions. This routine is absolutely astonishing!

Check it out in the video below.