Two high school athletes are being celebrated for their courage — one for his selfless sacrifice and one for pushing forward despite adversity. Evan Hansen, a sophomore at City High in Iowa decided to veer off course at a high school cross country super-meet because he saw a runner from another team run off the trail. The other runner, Adam Todd, has epilepsy and autism.

When Todd became distracted by an ambulance he got lost. Hansen made an unselfish decision to put winning the race aside and went to help Todd get back on course. Hansen held Todd’s hand, pushing him to finish the race for another 1.5 miles. 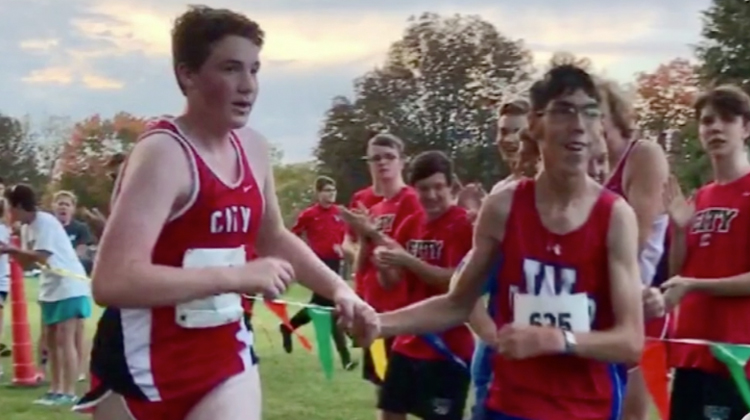 The scene at the finish line was filled with emotion as the crowd cheered and cried for the two teens who immediately bonded during the race. 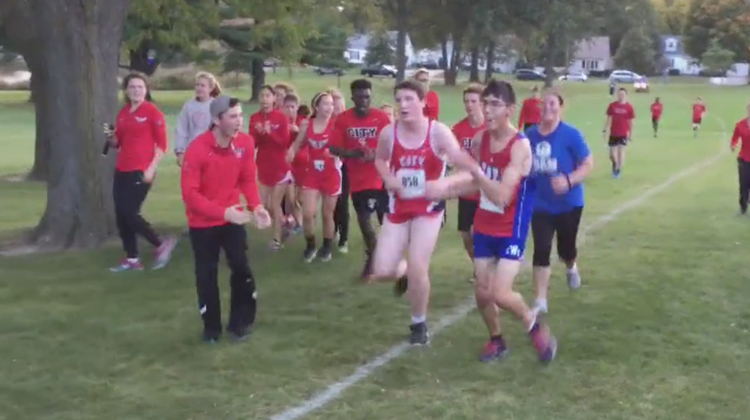 Hansen’s teammates ran alongside the boys encouraging he and Todd to finish the race strong.

The coach of City High said this moment was something that makes coaching worth it. Both teams’ coaches got choked up at the inspiring act.

“I can’t tell you the immense pride I felt,” said Coach Jayme Skay. “You coach 20, 30 years, and it’s moments like that, that make it all worth it.”

What an awesome moment! Share this with a friend!