They were giggling hysterically, crowded around me, trying to get a good view of my phone as I played old videos from our family blog. My kids were finding their toddler antics to be hilarious. They asked me to play another, and another, and another.

I bet we watched at least a dozen. 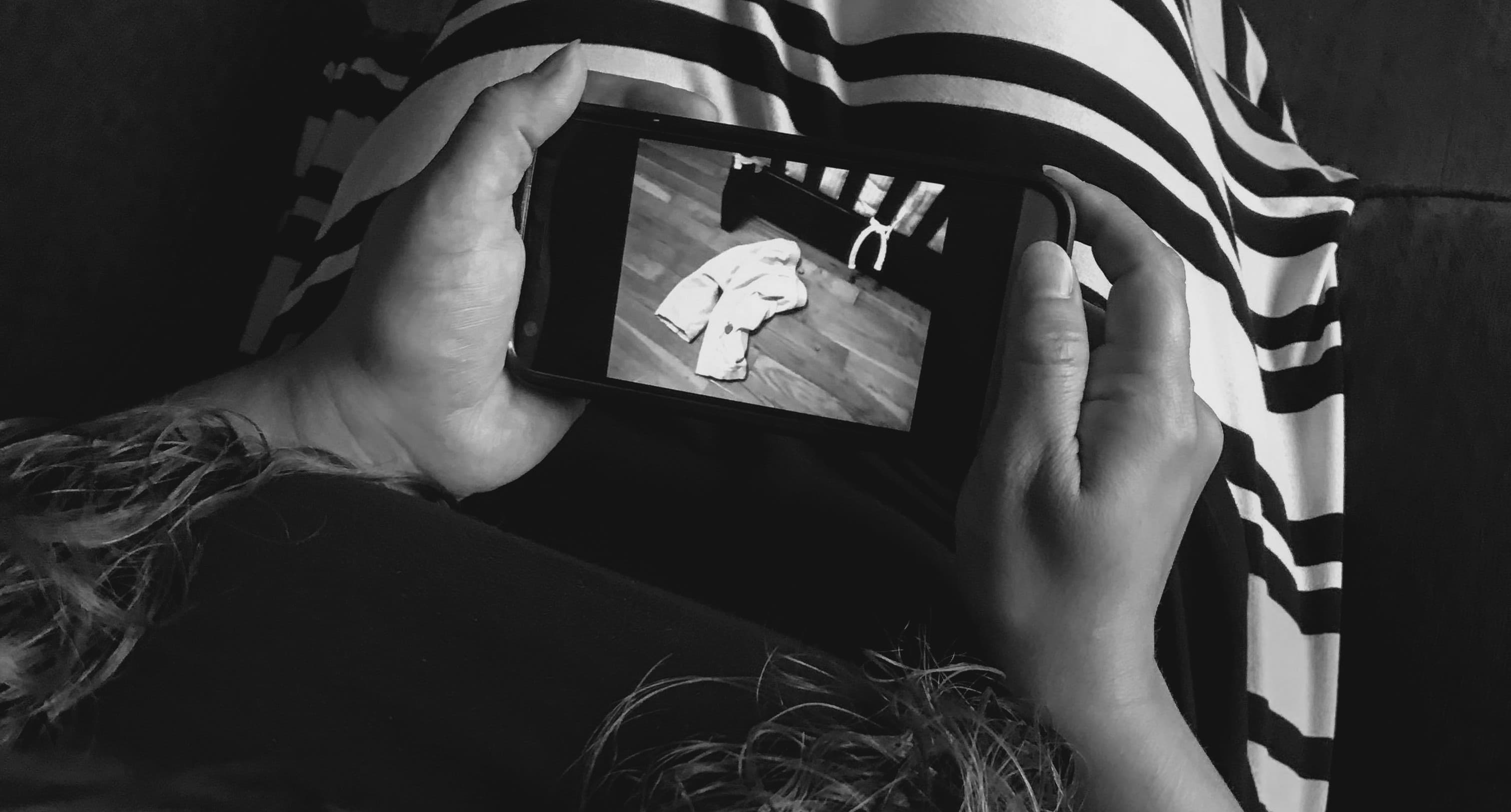 As we watched, I noticed something. I seemed happier. I seemed more patient, better at rolling with the punches.

I have often said that the older my kids get, the more I enjoy motherhood. So, why then, as I watched these videos, did I feel like I was watching a better version of myself? Why did I seem to be able to enjoy moments in which, these days, I wouldn’t find any joy, at all?

The me-back-then walked upstairs after my daughters’ nap to find one had removed her pants, reached into her diaper, flung the contents on the floor and smeared the rest on her crib. A poopy, smelly mess to clean up on top of two 1-year-olds and a 3-year-old’s usual post-nap routine to manage. Me-back-then found that amusing enough to grab my camera and film a quick video. Talking in a calm, verge-of-laughter voice, me-back-then recorded the scene and the situation for posterity.

If me-now walked into a scene like that, I would be exasperated. I would be annoyed. I would probably yell but, at the very least, I would mumble some unpleasantries under my breath. I can almost guarantee I would not find it amusing and it would not cross my mind to take a video.

Was I a better parent back then? Was me-then a better version of me than me-now?

I contemplated this a long while. I am certainly a different parent than I used to be. But, I don’t think I am a worse parent now. I wasn’t necessarily a better parent then.

When my kids were babies and toddlers, learning about everything, testing everything, I needed to be that parent. I needed to see things through the lens of their toddlerhood and, for the sake of my sanity, I needed to find humor amid the messes and challenges.

Now, my kids are older. I expect more from them. Perhaps I do have less patience for certain situations and behaviors because let’s face it, they know better.

It was not all that surprising to be dealing with a poopy mess during the toddler stage; all I could do was roll with it.

Parenting now involves situations I never had to think of back then and I do still roll with those punches — I still find humor amid the trials.

I’d like to think, one day I will look back and me-in-the-future will see that me-now was just as good a mom as me-back-then — the same mom, growing and changing with her children and the seasons of her family.

It takes a strong man to be a great dad to his daughters... but it takes a truly confident man to squeeze himself into a leotard just to make his...