We know quite a bit about the humble octopus thanks to decades of scientific studies and research, but not much is known about their ability to connect with human beings.

Dr. David Scheel of Alaska aims to change that fact with his unique new experiment that involves moving a living octopus named Heidi into a huge tank in his living room. Once installed in the tank, Heidi will interact with the doctor and his family and hopefully lend new insight into these fascinating creatures’ capabilities. 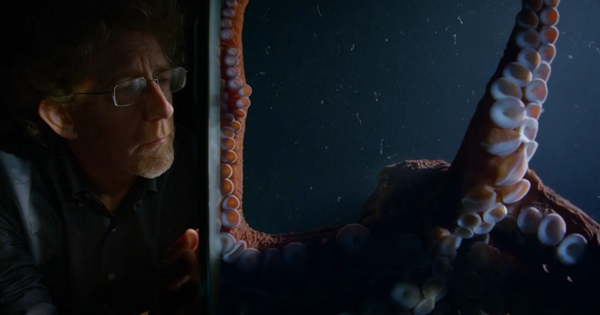 Octopuses are highly intelligent mollusks. Studies involving mazes and problem-solving have uncovered a vast ability to use memory to their advantage, demonstrating both long- and short-term memory skills. Still, their soft-bodied, eight-limbed exteriors mean they’re often compared to something extra-terrestrial. As Dr. Scheel says, they’re “the closest we’ll get to an alien on Earth.” 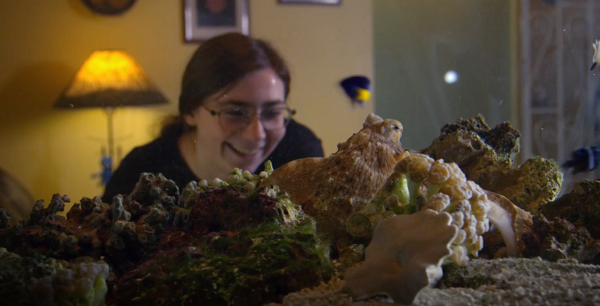 Dr. Scheel’s resulting research was featured in an episode of PBS “Nature” called “Octopus: Making Contact.” He hopes to uncover the truth about octopus’s intelligence, personality, and skills, paying particular attention to whether or not these animals have their own individual personalities. Are they able to recognize faces and interact with individuals or are they as solitary and asocial as they appear in the wild? Is it possible to form a connection, or even a friendship, with an octopus?

During the course of his research, Dr. Scheel captured an amazing piece of video that might change how you look at these creatures of the deep. While Heidi was sleeping, he noticed that she began to go through a series of color changes. 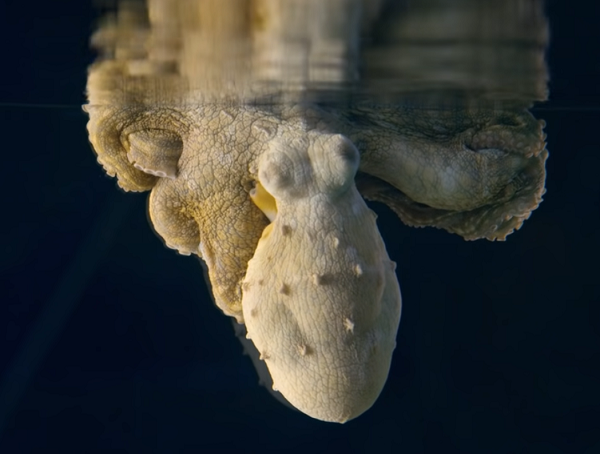 Octopuses are known for the ability to change color, or camouflage, in order to hide from predators in the wild. Yet Dr. Scheel noticed that as Heidi slept, her colors change as if she’s dreaming. He posits that she’s dreaming of catching and eating a crab, going through the same color shifts that she would if she were experiencing this action during waking life.

As she dreams you can see her color shift from white to speckled and dark, then back again, similar to the way a dog’s toes twitch when they’re dreaming about running. You can see her eyes moving behind her closed lids as she goes through the motions of life while sound asleep, and it’s absolutely incredible to watch.

“Octopuses followed a different evolutionary path, making them different from all other intelligent animals on this planet,” said Dr. Scheel. “I am less intrigued by the differences and more interested in our similarities. What kind of a connection is possible with an animal that has three hearts and blue blood running through its veins? It’s been a privilege to have a relationship with such a strange and wonderful creature.”

We can’t wait to hear what this scientist learns about these remarkable animals. Just knowing that they’re capable of dreaming makes us sit back and say, “Wow!” This video serves as an important reminder that there’s still so much that we humans have yet to learn about the world around us. Learning starts with curiosity!

Watch Heidi dreaming in the video above, and don’t forget to share.