Change is hard for anyone, even when their lives are at stake.

Darren “Dibsy” Mcclintock of England was a fast food addict who at one point weighed 560 pounds. When doctors told him his body could only function for so long before his habits affected his heart, Dibsy got the wake-up call he needed. 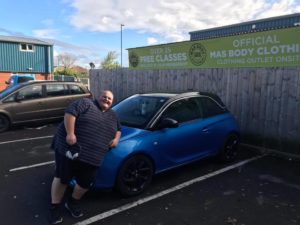 The 27-year-old knew he had to change fast if he wanted to stick around for his family and friends, but he needed a push in the right direction. That’s when he got connected with Mike Hind, a personal trainer who is known for taking on one client for free every year.

Mike first saw Dibsy and his mom at his gym’s Macro Based Diner in 2018 and immediately decided he wanted Dibsy to be that year’s client. He struck up a conversation with them, during which he offered to be the push Dibsy needed. Dibsy accepted, and Mike recalled, “His mum burst out crying and said no parent would want to bury her child.” 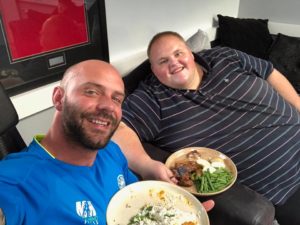 Mike knew fast food was Dibsy’s kryptonite, so he created flyers to hand out at all Dibsy’s favorite restaurants around Middlesbrough, urging their employees not to serve him. 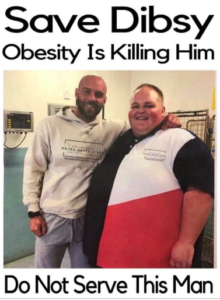 Throughout the following year, Dibsy traded chips, pastries, and alcohol for a balanced diet and regular gym sessions with Mike. Now, after losing an incredible 266 pounds, he’s literally almost half the man he used to be.

“It’s been very hard — like, to the point where I’ve just wanted to walk out and give up, but obviously I’ve got these people around me who keep me motivated, keep me going,” Dibsy said.

But it’s all been completely worth it. “I’m living life now!” he added. “It’s just a matter of keeping going with it.” 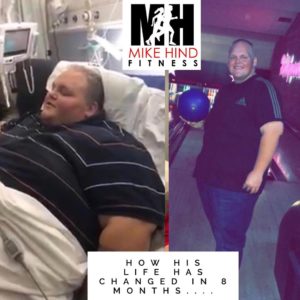 Things just keep getting better for the 28-year-old as he gets healthier. In fact, he just accomplished something he never dreamed he’d be able to do!

In September, Mike and Dibsy joined thousands of runners in the world’s biggest half marathon, the Great North Run. Their team raised money for the Boro Walkers Association, which supports local charities, and prepared for the big day with amazing results.

Dibsy not only completed the race, but he also surpassed his goal of four hours, crossing the finish line at two hours and 43 minutes! 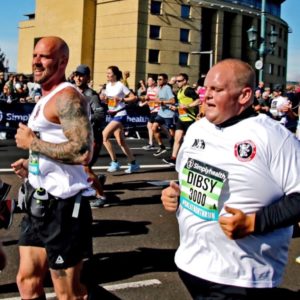 “The sense of achievement is unbelievable,” Dibsy said. “If you’d told me I would be doing the Great North Run even a month ago, I would have laughed!” 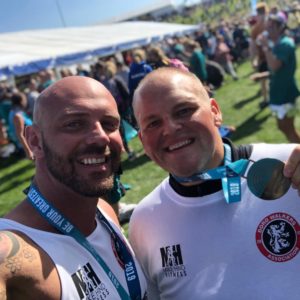 Dibsy’s next goal is to raise money for a surgery to remove his excess skin. If you’d like to help, you can donate here. 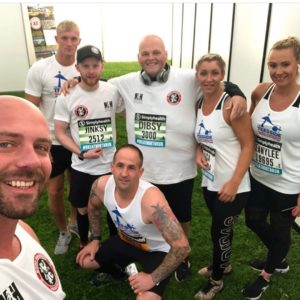 In the meantime, he’ll be enjoying every second of his newfound health and working hard to continue making progress. Keep it up, Dibsy! We’re so proud of you!

Share this story to spread Dibsy’s inspiring achievements with anyone pursuing a better life!