Fire safety is one of those things parents teach their kids hoping they’ll never need it.

But 5-year-old Noah Woods of Georgia recently found himself in a situation where he had to put those lessons to the test. In doing so, this incredible little boy ended up saving his entire family and their pet! 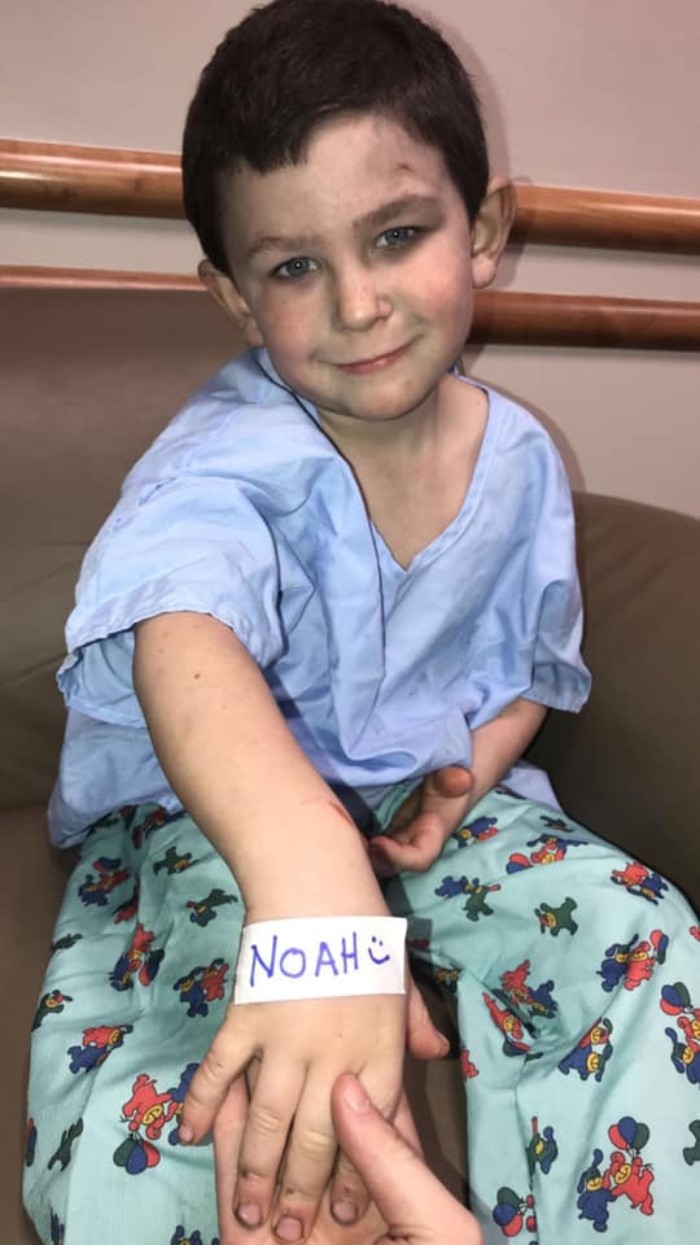 According to the family’s GoFundMe page, an electrical fire broke out in Noah’s room one night while everyone was asleep, and he “woke up to flames.” Thinking quickly, the tiny superhero grabbed his 2-year-old sister and dog and escaped out the window.

After getting those two to safety, Noah rushed to the house next door where his uncle, grandfather, and other relatives lived to get help. Thankfully, they were able to evacuate everyone inside without anyone being seriously injured. In total, eight people and one pet were saved, and it was all thanks to this one brave 5-year-old!

Holding the hand of a 5yr old hero! Meet the boy who saved his family from a house fire… He got a small burn on his wrist. @wsbtv at 5pm pic.twitter.com/0kTr2lqW9v

The Bartow County Fire Department said Noah and four others were treated for minor injuries, but all things considered, everyone was safe and healthy!

They also praised Noah’s bravery on their Facebook page, calling him a hero and saying they plan to present him with a “Lifesaving Award.” Plus, they’re going to recognize the little boy as an honorary firefighter!

While his family is facing some financial difficulty due to a “lapse in home insurance,” they’re remaining optimistic and are already putting plans together to build a new home. At the end of the day, they’re just grateful that everyone is safe — and that they have a child as courageous as Noah!

If you’d like to support their family, check out their GoFundMe page, and don’t forget to share this story with your friends.